Virginia's GOP Gov. Glenn Youngkin hit by conservatives for failing to crack down on SCOTUS protests 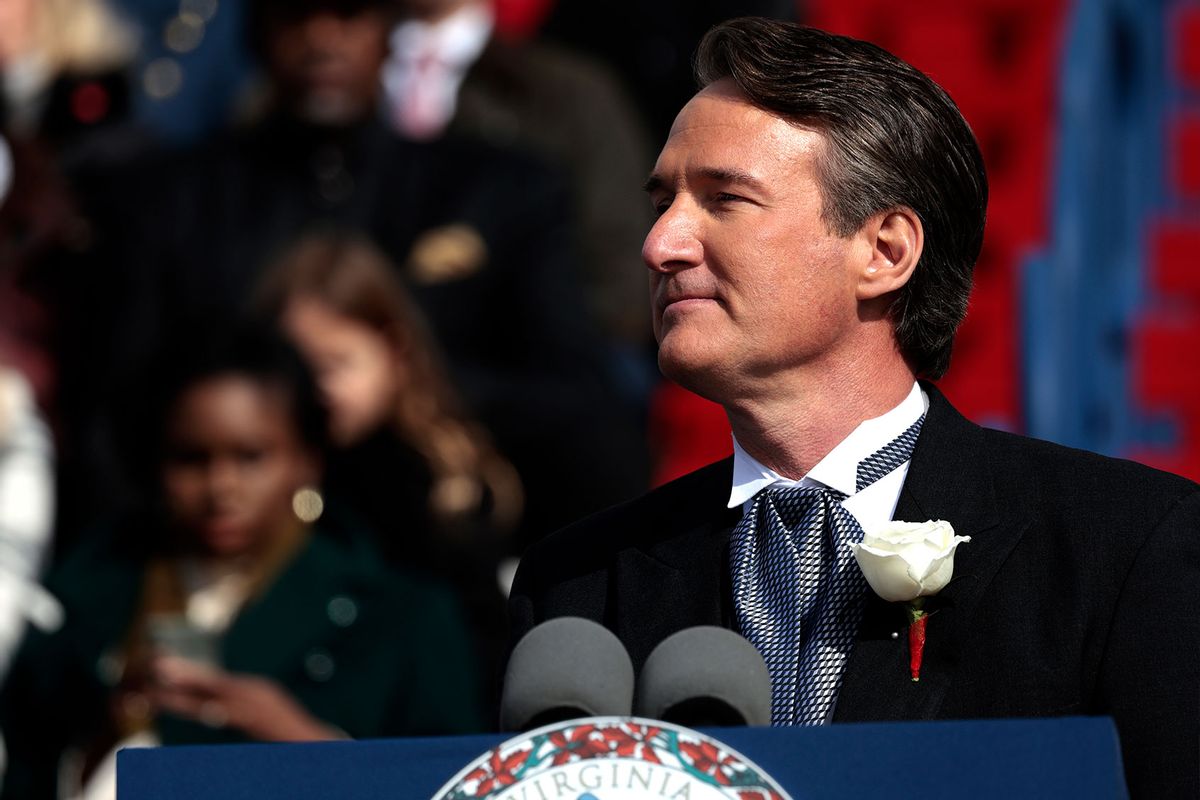 Republican Virginia Gov. Glenn Youngkin is getting pummeled over his apparent failure to respond to the recent pro-choice protests outside the home of Supreme Court Justice Samuel Alito.

The protests first sparked this past weekend, just days after Politico revealed that the Supreme Court informally voted to overturn Roe v. Wade, the watershed 1973 ruling that enshrined America's constitutional right to abortion. On Monday, a group of around 150 demonstrators marched from a strip mall in Fairfax Virginia to Alito's home, hoisting signs and chanting slogans like "When mothers' lives are under attack, what do we do? Stand up, fight back" and "Keep abortion safe and legal," according to NBC News.

Youngkin said that his office has been "coordinating" with the Fairfax County Police Department and the Virginia State Police, to "ensure that there isn't violence."

"Virginia State Police were closely monitoring, fully coordinated with Fairfax County and near the protests," he added.

But that posture did not sit well with conservative commentators, many of whom argued that Youngkin should have swept the protesters for what they felt was a clear violation of federal law.

"The protest itself - without violence - is illegal," tweeted Yossi Gestetner, the founder of Orthodox Jewish Public Affairs Council. "What level of illegality is ok for you before moving from "monitoring" the intimidation to stepping in?"

Will Chamberlain, Senior Counsel at the Internet Accountability Project, suggested that the demonstrators should be imprisoned. "You know what will stop leftists from protesting at people's private homes and intimidating their families?" he asked. "JAIL."

Right-wing lawyer Matthew Kolken even claimed that the protests constituted a form of "terrorism."

"Democrats use terrorism as a tool, and Youngkin failed to send a clear message that it won't be tolerated in Virginia," Kolken tweeted.

In arguing the protests are illegal, numerous right-wing commentators have adduced 18 U.S.C. 1507, which states that anyone "with the intent of influencing any judge … in or near a building or residence occupied or used by such judge … shall be fined under this title or imprisoned not more than one year, or both."