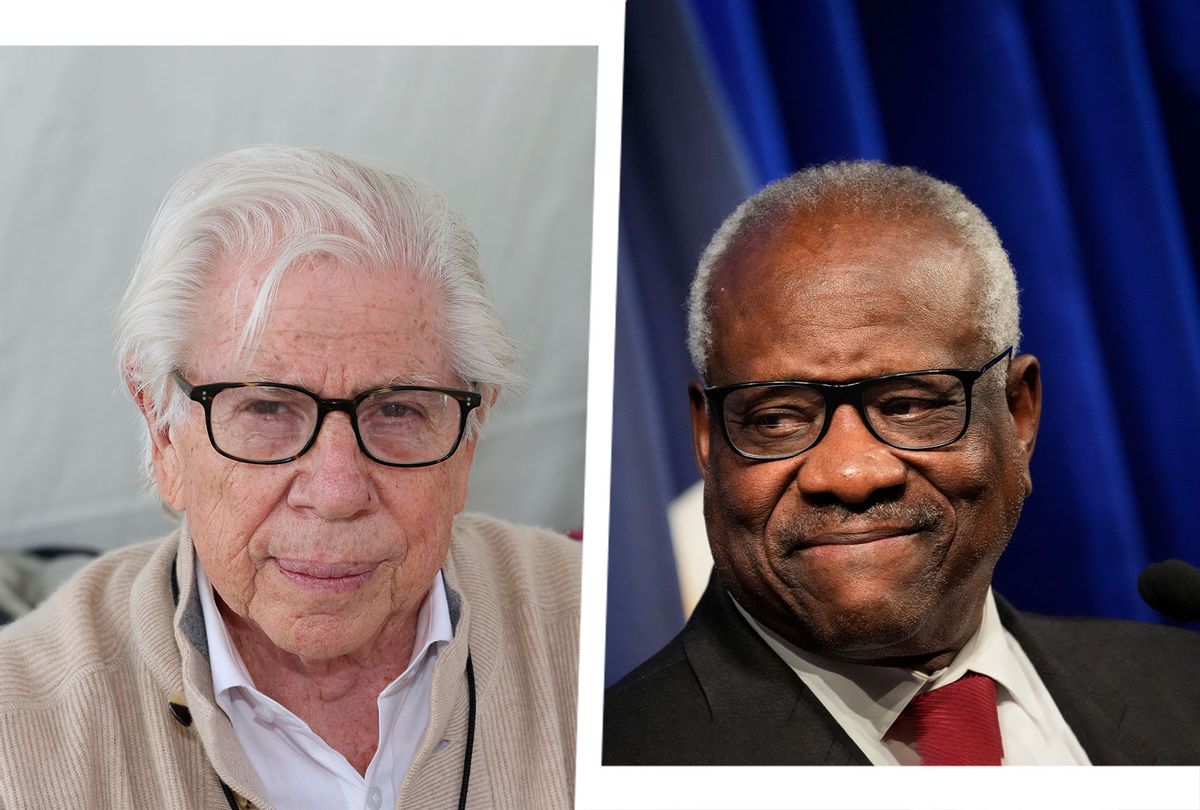 Bernstein's remarks came in response to comments made by Thomas last week at the 11th Circuit Judicial Conference in Atlanta, where he indirectly addressed a bombshell Politico report revealing that the Supreme Court has already voted to overturn Roe. During his speech, Thomas criticized the American public for "becoming addicted to wanting particular outcomes." The court, he said, "can't be an institution that can be bullied into giving you just the outcomes you want. The events from earlier this week are a symptom of that."

Those comments did not sit well with Bernstein, who this week criticized the justice for demanding that the public respect government institutions, largely because Thomas' own wife – right-wing activist Ginni Thomas – reportedly attempted to overthrow the last presidential election in Donald Trump's favor.

RELATED: Legendary reporter Carl Bernstein on journalism, Trump and history: "The truth is not neutral"

"The wife of a Supreme Court justice doing what Ginni Thomas did is utterly unheard of in the history of the United States," Bernstein said in a CNN interview on Monday. "Justice Thomas, talking about [the] legitimacy of institutions – either the White House or the court itself – he should recuse himself, which he refuses to do, from any case involving the president of the United States and the election."

"There is a real failure of institutions, especially on the Supreme Court, by a rogue justice who would not say, 'I'm going to step aside,'" Bernstein added.

Back in February, the New York Times revealed that Ginni Thomas played an instrumental role in concocting a legally-dubious scheme to appoint an alternate slate of partisan electors who would vote in Trump's favor. The breadth of that scheme, which ultimately fell apart, came into better focus after The Washington Post published a series of text exchanges in March between Thomas and former White House Chief of Staff Mark Meadows, who she near-fanatically urged to execute the scheme.

RELATED: House to hold hearing on Ginni Thomas' text messages to Mark Meadows ahead of 1-6

"Help This Great President stand firm, Mark!!!" she reportedly texted him on November 10, about a week after Election Day. "You are the leader, with him, who is standing for America's constitutional governance at the precipice. The majority knows Biden and the Left is attempting the greatest Heist of our History."

Months after that text, in January, Clarence Thomas was the lone dissenter in a case that allowed the January 6 committee to gain access to White House records relating to the Capitol insurrection.