“Still going after that slot on Russia Today huh?” 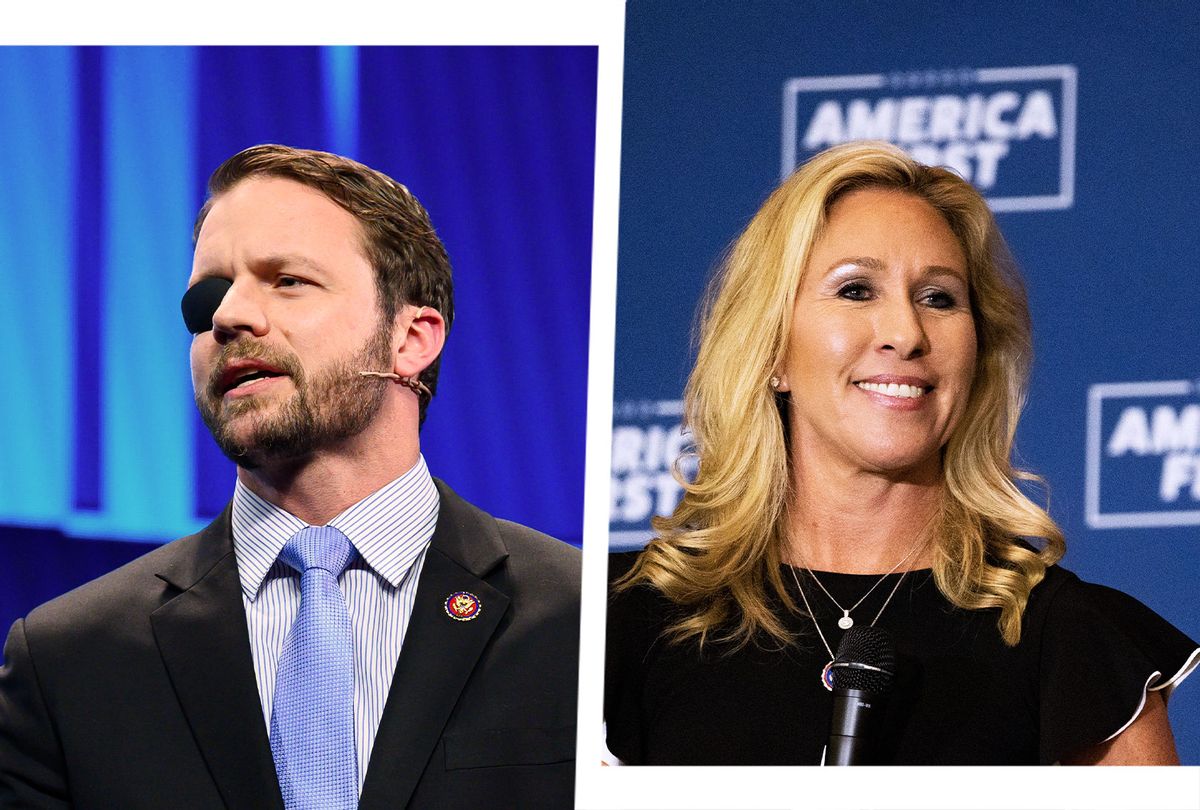 Republican Reps. Marjorie Taylor Greene, R-Ga., and Dan Crenshaw, R-Tex., got into an online spat on Wednesday over providing U.S. aid to Ukraine, with Crenshaw accusing the Georgia freshman of going after "a slot of Russia Today."

The beef started after Crenshaw was criticized for expressing alarm over the rising cases of fentanyl overdoses, which are occuring, he claimed, because the drug is "pouring" across our "open border."

"Yeah you sound off about that stuff but then you vote yes on the $40 billion to Ukraine," one user responded on Twitter, suggesting that Crenshaw was prioritizing foreign policy over domestic policy.

"Yeah, because investing in the destruction of our adversary's military, without losing a single American troop, strikes me as a good idea," the lawmaker clapped back. "You should feel the same."

That's when Green jumped in.

Crenshaw's comment, apparently, did not sit well with Greene, who casted doubt over whether America should be providing aid at all.

"So you think we are funding a proxy war with Russia? You speak as if Ukrainian lives should be thrown away, as if they have no value. Just used and thrown away," told Crenshaw. "For your proxy war? How does that help Americans? How does any of this help?"

RELATED: Marjorie Taylor Greene says Ukraine should give up

Since Russia's incursion began, the U.S has supplied Ukraine with billions of dollars of military and humanitarian aid. On Tuesday, the House passed $40 billion more in aid in an overwhelming 368-57 vote. The bill comes as Democrats and Republicans remain gridlocked on key pieces of domestic legislation.

It isn't the first time that Greene and Crenshaw have clashed. Back in January, Greene castigated the Texas congressman for supporting expanded COVID-19 testing, saying that Americans don't need FEMA to provide more testing for "sneezes, coughs and runny noses."

"He needs to stop calling himself conservative, he's hurting our brand," Greene said of Crenshaw.

"Hey Marjorie, if suggesting we should follow Trump policy instead of Biden mandates makes you mad, then you might be a Democrat — or just an idiot," Crenshaw responded.

A month earlier, Crenshaw suggested that the House Freedom Caucus, of which Greene is a member, is full of "grifters" and "performance artists"