This Trump election lawyer and "Big Lie" promoter owes the IRS more than $100,000

According to IRS records, Binnall owes the U.S. government for unpaid taxes dating back to 2010 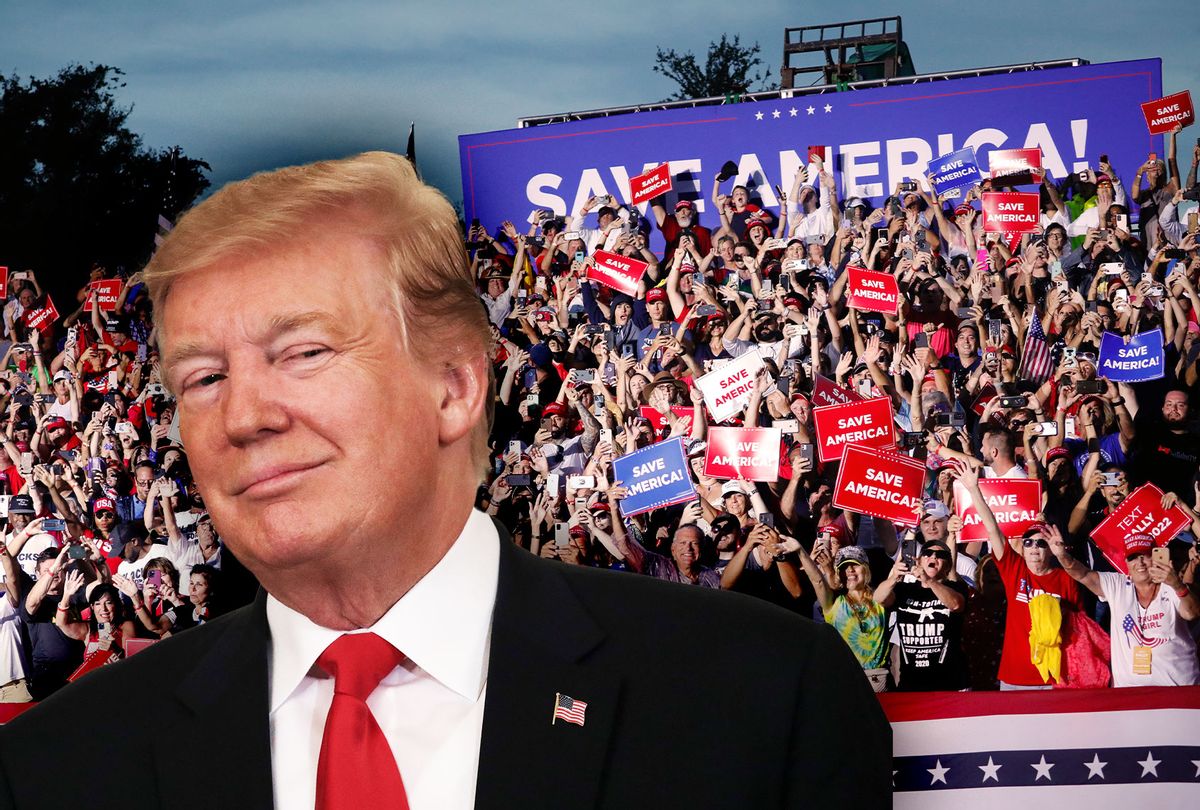 Following the 2020 presidential election, Virginia-based attorney Jesse Binnall was an aggressive promotor of Donald Trump's Big Lie — falsely claiming, along with fellow Trump attorneys Rudy Giuliani and Sidney Powell, that the election was stolen from the then-president when in fact, now-President Joe Biden enjoyed a decisive victory. Binnall's favorite cable news outlet after the election was Fox News, as CNN and MSNBC were quick to debunk the Big Lie.

"Former President Donald Trump and his top election-fraud lawyer, Jesse Binnall, have a number of things in common — they both falsely believe the election was stolen, they hobnob with some of the right's most unhinged conspiracy theorists, and they routinely complain that they're the focus of a witch hunt," Sollenberger reports in an article published on May 6. "But another similarity has flown under the radar: Both men avoid paying taxes."

Sollenberger continues, "According to IRS records, Binnall owes the U.S. government for unpaid taxes dating back to 2010. The IRS filed a $139,242 lien against Binnall almost four years ago — in August 2018 — and it covers unpaid amounts every tax year from 2010 to 2015. Records on file with the City of Alexandria, VA show that, as of May 5, Binnall has not paid off the lien."

The Beast discussed Binnall's tax case with Leslie Levin of the University of Connecticut Law School in Hartford.

Levin told the Beast, "It depends on why the lien was levied and why he hasn't paid. If he refused to file, that raises ethical issues. The deliberate failure to file constitutes a crime. If he has a good faith basis for contesting whether he owes the money, however, there is no ethical violation there."

Over the years, Binnall has falsely claimed that the Internal Revenue Service (IRS) likes to single out conservatives — which is nonsense. Plenty of liberals and progressives in Democrat-leaning areas have been audited by the IRS.

"Binnall publicly attacked the agency twice, falsely alleging that the agency targets conservatives," Sollenberger notes. "The IRS' bias against conservative groups was the subject of an Obama-era scandal, but years later, a full audit revealed that the agency had also targeted progressive groups at the same time — and the IRS never even revoked a tax-exempt status for a political group."

According to Sollenberger, Levin "cautioned against judging lawyers by the people they represent." Their conduct in service of those clients, Levin emphasized, is what matters.

Levin told the Beast, "If he made false representations to the court while representing his clients, he can be subject to discipline. Even false out-of-court statements that he makes in his capacity as a lawyer for his clients could result in discipline."