How to safely open a coconut 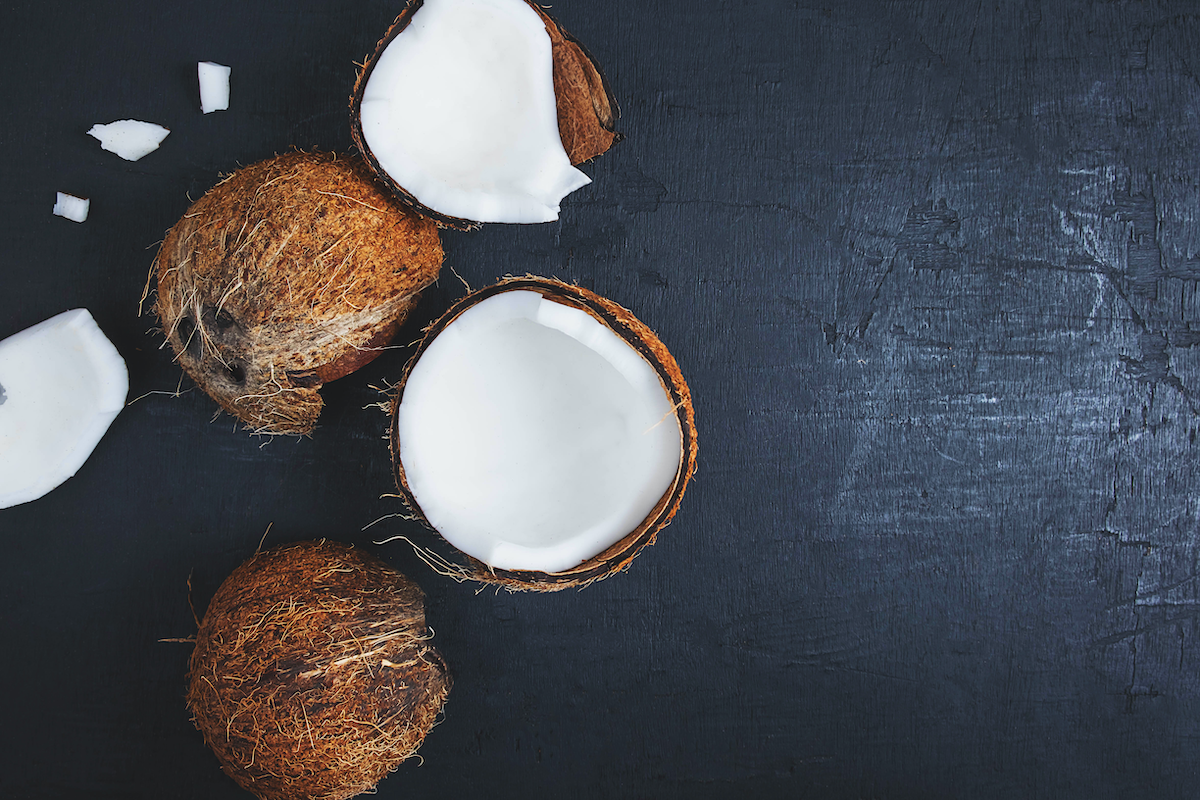 I wish I could tell you that I learned how to open a coconut while I was vacationing in Tahiti, or that I first cracked one open out of thirst-quenching necessity after a day spent surfing Oahu's North Shore. But I've never been to Tahiti, and I immediately run toward shore at the first sign of a 5-foot wave. No, I actually learned how to crack open a coconut in my kitchen, through trial and error, after being lured by a full stack of whole coconuts at the grocery store. I had grabbed one and placed it in my cart nonchalantly, hoping my fellow shoppers would catch a glimpse (you're lying if you say you don't glance sneakily at other people's carts) and think I was the kind of cool person who consumed fresh coconut as often as a piece of toast. This is real, this is me. Narrator: It was not real. Let's learn how to open a coconut together.

How to open a coconut

Locate the "three eyes" on the top of the coconut. Stare at the coconut and watch as it stares back at you. Use a metal skewer to poke and prod the eyes like an optometrist and find the one that feels the softest; once you do, push the skewer through to create a hole. You may need to use a mallet or hammer for added pressure, but do so carefully.

Invert the coconut over a bowl or measuring cup to drain the liquid, aka coconut water. Drink the water as is (it's like what you get from a carton or can, only fresher!) or store it in the refrigerator for up to a few days.

OK, time to crack it open. Hold the coconut between a plush kitchen towel and, using the same mallet or hammer, gently pound against the "equator" line on the coconut until the shell starts to crack in half. Once it seems like the shell will easily come apart, twist it until the coconut halves break apart.

Cut the coconut halves into smaller pieces with a sharp knife and use a vegetable peeler to remove the outer layer of brown fuzzy skin. Once the skin is completely removed, quickly rinse the coconut meat under cold water to get rid of any excess fibers or impurities.

What to do with fresh coconut

You lived to tell the tale! Now, what can you do with coconut water, coconut milk, and coconut meat? Make a pot of Yi Jun Loh's One-Pot Coconut Water ABC Soup or this fluffy Turmeric Coconut Rice. "During cooking, the coconut water hydrates the rice without overwhelming the grains, and it imparts a delicate, sweet tropical lilt," writes recipe developer Andrea Nguyen. As for the coconut meat, shred it into fresh flakes using a vegetable peeler or box grater, dehydrate the flakes lightly in a low-temperature oven, and then use them for coconut macaroons or cream pie, or sprinkle them into oatmeal, yogurt, or buttercream frosting.