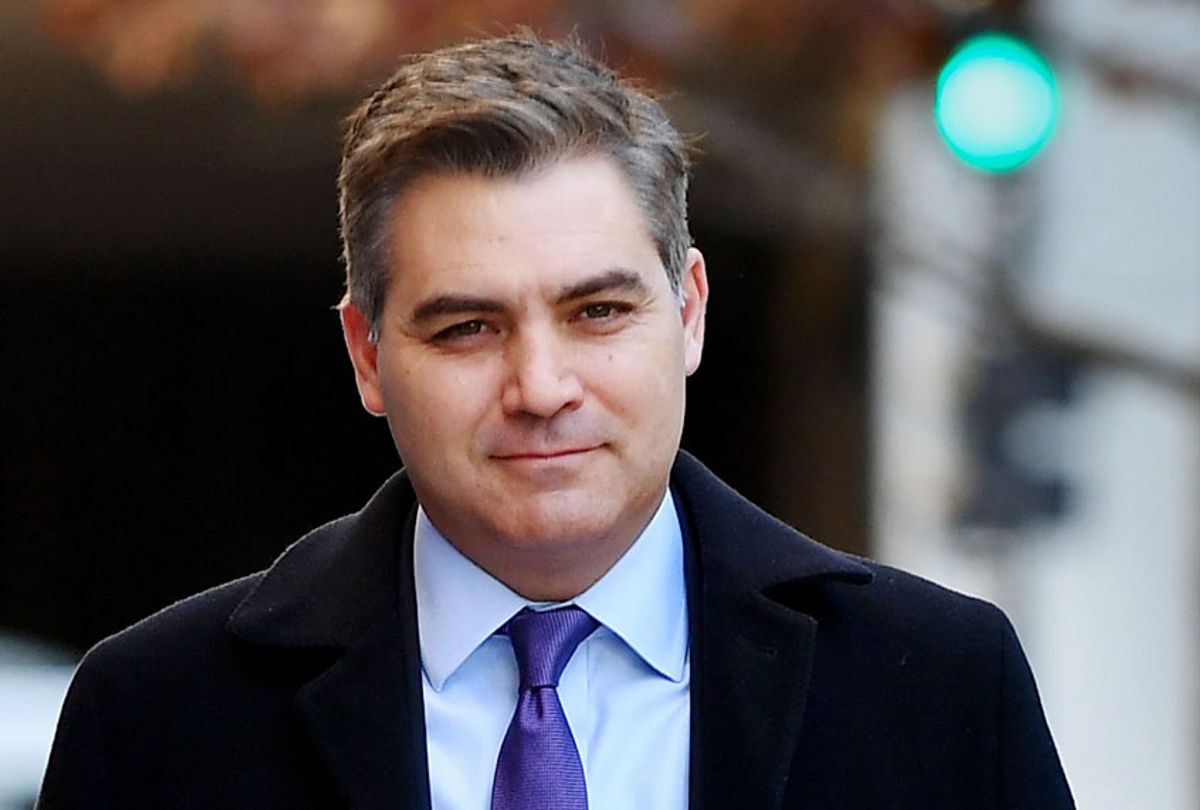 CNN host Jim Acosta pointed to the Fox News network for its ongoing promotion of the theory the Buffalo, New York, shooter allegedly adopted as his philosophy. Police discovered a manifesto that addressed the "great replacement" theory, which holds that Democrats are somehow orchestrating an increase in people of color to intentionally dominate white people.

Fox hosts Laura Ingraham and Tucker Carlson have both hosted shows about the theory.

"What Tucker Carlson is doing by peddling 'replacement theory' and other white nationalist talking points is dangerous and we called it out today," Acosta said on Twitter. It was part of an interview with NAACP chair Derrick Johnson, who called on the Justice Department to step up efforts in regulating terrorism online.

"The real question is, what are we going to do as a society?" asked Johnson. "Are we going to continue allowing domestic terrorism to dominate the public discourse every so many months? We have seen this before. The question is now, when will the Justice Department aggressively pursue these domestic terrorist cells that are populating on social media platforms? When will social media platforms finally stand up to their community responsibility and remove these cells? When will News Corp. stop funding Fox News to promote theories that only divide and create tribalism?"

The neighborhood that the Buffalo shooter specifically targeted was known for being predominantly Black. Not responding to white supremacist terrorism means that more of it will continue, Johnson said.

"How are we going to pivot away from this domestic terrorism that we have seen?" asked Johnson. "We have to come to grips with the racist dogma out there that is causing harm to the African American community, the Jewish community. We have to stand up as a society."

Acosta then showed a supercut of videos from Fox News host Tucker Carlson, who has been pushing the "replacement" theory on his show for over a year. He noted that the clips are just "a few examples" of many that the researchers found. He went on to show the New York Times report on Carlson, which cited his record of promoting white supremacy. Carlson took a photo of himself pointing to the story and laughing at it.

"Millions of people absorb this garbage on his program on a regular basis," said Acosta. "Fox does nothing about it. They make millions of dollars off of it. We have not shied away from calling that out and calling Tucker out on this program, because what he's doing is very dangerous. What do you think can be done about this, and what do you say to all of that?"