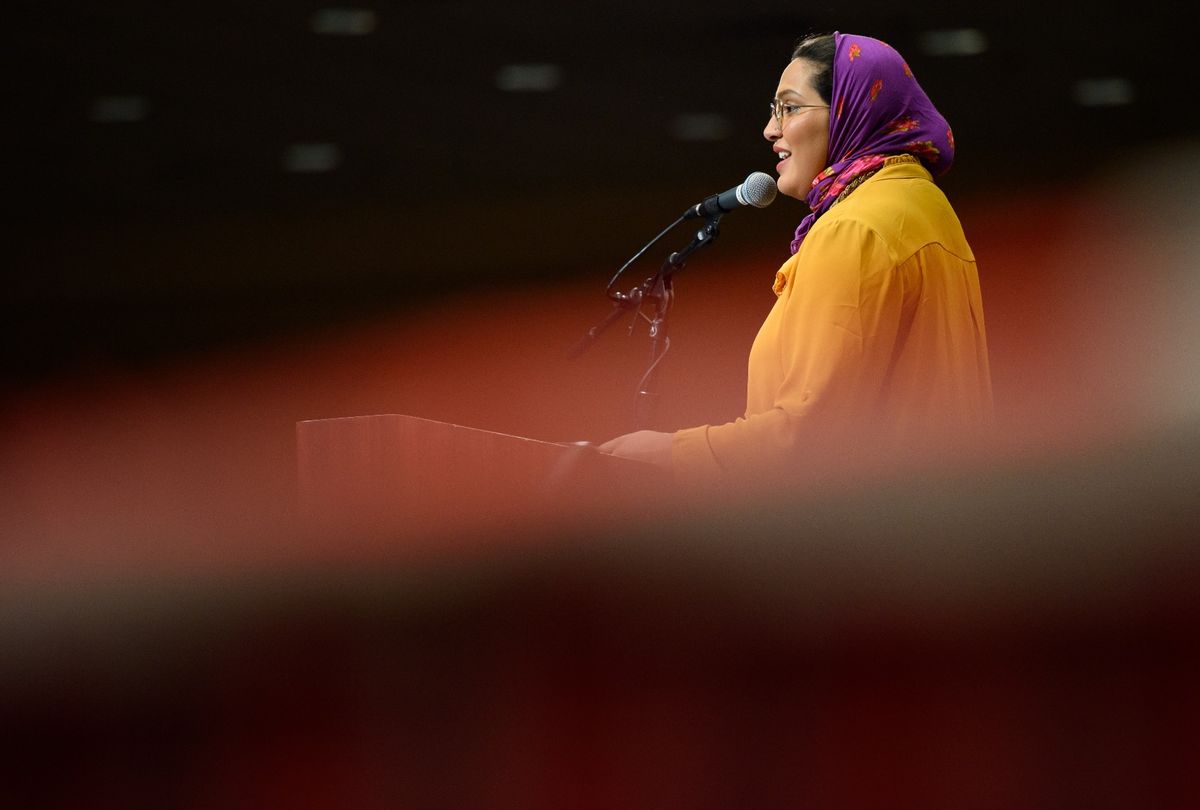 Intent on keeping the influence of the growing pro-Palestinian rights movement in the U.S. to a minimum in Congress, the powerful American Israel Public Affairs Committee is pulling out all the stops to defeat progressive candidates including state Rep. Summer Lee in Pennsylvania's 12th District, where voters are going to the polls Tuesday.

About $100,000 from the group has gone to support attorney Steve Irwin while a majority of the ads UDP has paid for have attacked Lee as someone who only "calls herself a Democrat" due to her criticism of President Joe Biden during the 2020 primary race.

According to liberal pro-Israel group J Street, UDP has attempted to conceal its connection to AIPAC by attacking Lee's positions on issues unrelated to Palestinian rights, such as her support for Medicare for All.

"The United Democracy Project sounds innocuous and the advertising that they're running in these districts is about healthcare and reproductive rights and things that have nothing to do with Israel," Logan Bayroff, a spokesperson for J Street, told The Guardian Tuesday.

Regarding Palestinian rights, Lee has called on the U.S. government to set conditions for the billions of dollars it gives to Israel annually, most of which goes to military assistance, and has accused Israel of committing "atrocities" in Gaza.

As Ryan Grim, Washington, D.C. bureau chief for The Intercept, said Monday, UDP's involvement in the race between Lee and Irwin has appeared to have its intended effect on polling.

A poll commissioned by pro-choice group EMILY's List at the end of March showed Lee with a 25-point lead over Irwin and a high approval rating among likely primary voters.

But a survey conducted by Mercury Public Affairs at the end of April, following the release of UDP's ads, showed that Irwin was ahead of Lee by one point.

The state Democratic Party's progressive caucus pulled its endorsement of Foushee last month, citing her donations from AIPAC and noting the group has also given money to dozens of Republican candidates who objected to the certification of the 2020 presidential election.

Allam is a supporter of Palestinian rights and has been endorsed by fellow progressives including Ocasio-Cortez.

As Jewish Insider reported on Monday, like those in Pennsylvania, ads that UDP has run in the district have also made no mention of Israel or Palestine.

In Texas, the group has also poured $1.2 million to help Rep. Henry Cuellar—the only Democrat in the U.S. House who supports forced pregnancy—defeat his progressive challenger, immigration attorney Jessica Cisneros. The two are facing a primary run-off election in which voting is now underway after Cuellar beat Cisneros by less than two points in March.