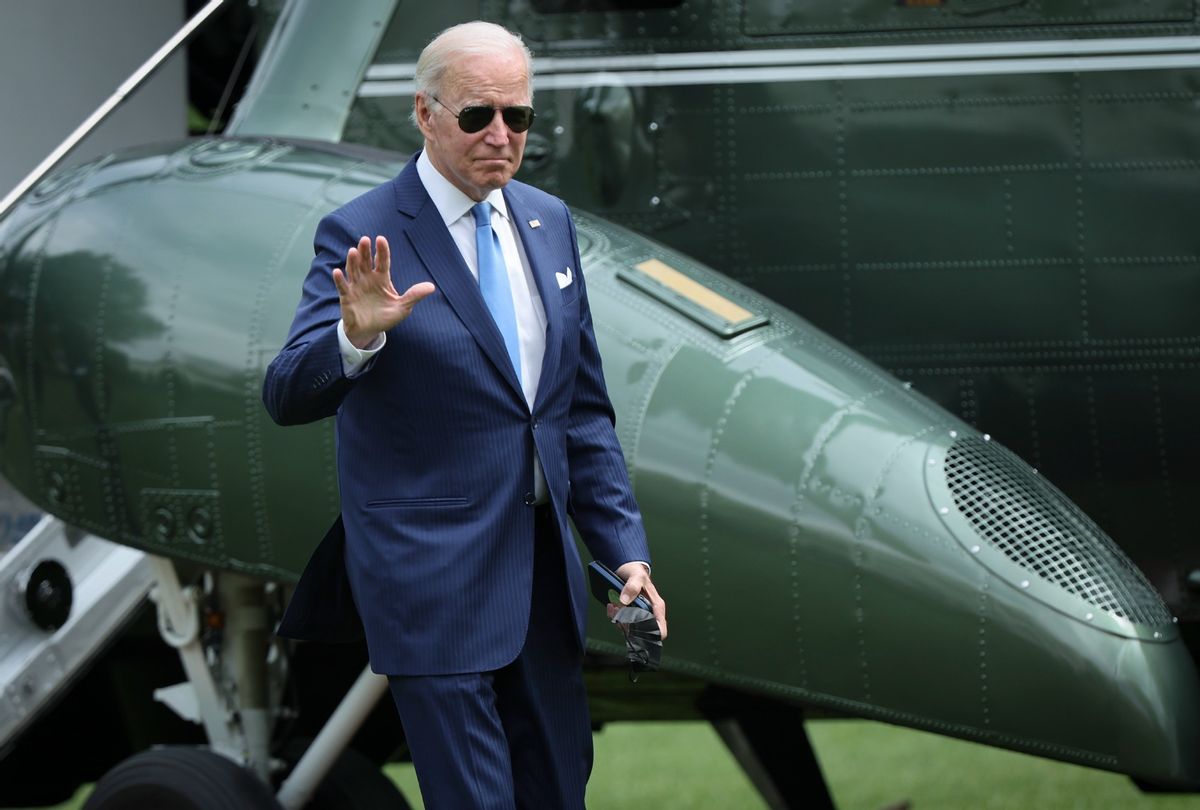 President Joe Biden arrives at the White House on May 18, 2022 in Washington, DC. (Win McNamee/Getty Images)
--

President Biden made an announcement today that the Defense Production Act will be called upon in an effort to make baby formula readily available once again. In addition to that big step towards reversing the formula shortage he stated he has also made moves towards the creation of a program called Operation Fly Formula that will allow for the import of formula from abroad with the use of U.S. military aircraft.

In a recorded statement made from the White House, Biden said that the team assembled for these new measures have been instructed "to do everything possible to ensure there's enough safe baby formula and that it's quickly reaching families that need it the most. This is one of my top priorities," according to CNN.

RELATED: America needs baby formula now: It's time for Biden to send in the Army

The Defense Production Act will greatly improve upon the government's ability to step in and oversee that key ingredients for the formula are prioritized, and that emergency production can be called upon in cases such as this lengthy shortage.

Per the statement from the White House, "Bypassing regular air freighting routes will speed up the importation and distribution of formula and serve as an immediate support as manufacturers continue to ramp up production."

In a letter written to Agriculture Secretary Tom Vilsack and HHS Secretary Xavier Becerra, Biden said "I further request that over the next week you work with the Department of Defense to utilize contracted aircraft to accelerate the arrival of infant formula into the United States that meets our Government's health and safety standards. This will ensure that we are using every available tool to get American families swift access to the infant formula they need."

The Defense Production Act was first enacted on September 8, 1950 at the start of the Korean War. Prior to being called upon to help with the formula shortage, both Trump and Biden put it to use during the COVID-19 pandemic.