In the past, Massie has also voted against funding for Holocaust education 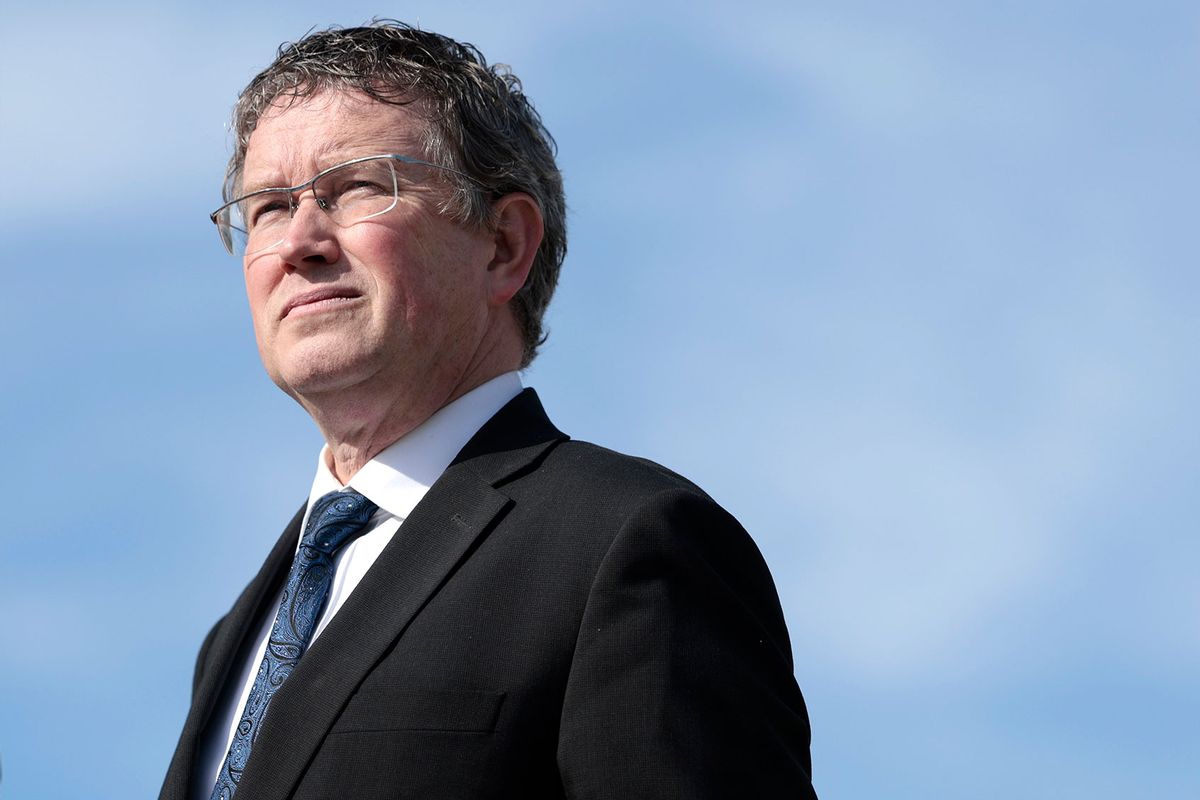 Rep. Thomas Massie, R-Ky., was the lone dissenter in a vote on a bipartisan resolution condemning antisemitism and honoring the Jewish heritage.

The resolution, passed along a 420-1 vote, calls on elected officials to recognize the "dangerous rise of antisemitism globally and in the United States" and "condemn and combat any and all manifestations of antisemitism."

RELATED: Do Jewish bankers control the weather? A short history of this dumb but ugly conspiracy theory

The bill's sponsor, Rep. Debbie Schultz, D-Fla., said this week that she hoped the resolution would send a message that America whole-heartedly rejects any and all forms of antisemitism.

"Our story is woven into America's history through generations of leaders," Schultz said on the House floor. "Yet as we honor the profound impact American Jews made on our nation and culture, I must sadly acknowledge that the recognition and understanding that [Jewish American Heritage Month] seeks to foster is critically needed now more than ever."

The resolution also calls on social media companies to crack down on antisemitism and for U.S. lawmakers to work with the Inter-Parliamentary Task Force to Combat Online Antisemitism, an international group of polictians from America, Australia, Canada and the U.K.

Following Massie's vote, StopAntisemitism, a Jewish advocacy group, said that it was "outraged" over Massie's objection to the resolution. The group also cited Massie's past refusal to fund Holocaust education in 2020, which earned him a rare rebuke from the Republican Jewish Coalition.

Massie's vote comes as incidents of antisemitism hit an all-time record in the U.S. According to the Anti-Defamation League (ADL), an estimated 2,717 incidents, including harassment and vandalism, occurred just last year. The estimate marks the highest number of antisemitic incidents the group has seen since 1979.

The resolution also comes as the U.S. reels from a racially-motivated shooting in Buffalo, New York. The attack was carried out by an 18-year-old white supremacist, who in a 180-page screed expressed antisemitic views and promoted the "Great Replacement" theory, which holds that the Democratic Party is deliberately loosening borders to "replace" the white electorate with ethnic and racial minorities