On an episode of "The View," Former Trump press secretary Stephanie Grisham laughed at Cawthorn's praise of Trump 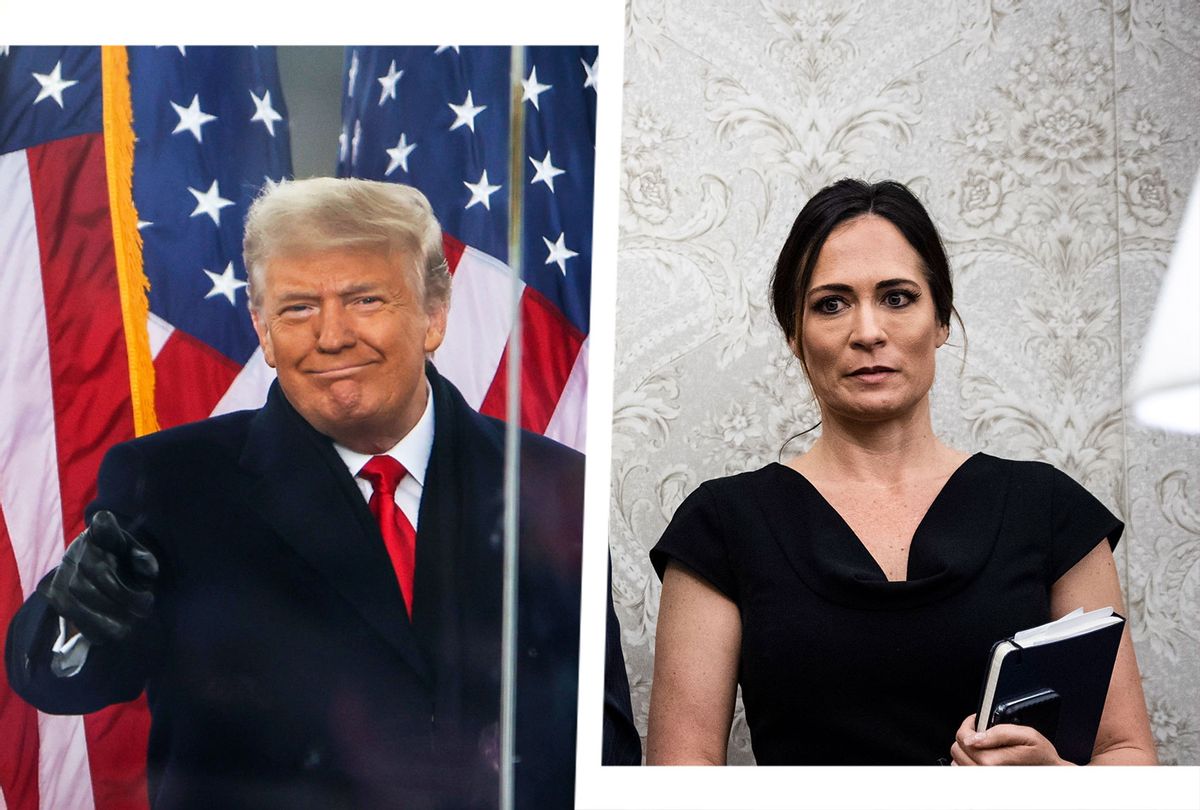 After losing the Republican Primary in North Carolina, Rep. Madison Cawthorn gave a speech in a small room of supporters before the race was called. He told the room that the one thing that became clear to him is that former President Donald Trump was a very loyal man to his allies.

"The thing I love about President Trump is that when you get your back pushed up against the wall I found that most people in politics if it's not politically expedient for them they'll turn their back on you in a heartbeat. But no matter what you are facing, when Donald Trump has your back, he has your back to the end," said Cawthorn.

Speaking on Wednesday's episode of "The View," former Trump press secretary Stephanie Grisham explained that it clearly wasn't the case for her or anyone else in Trump World.

"Is he kidding?" asked Joy Behar.

Sara Haines indicated Grisham appeared as though she disagreed with Cawthorn.

"Unless you're one of the people in the united states who he was supposed to represent. that's hard for them to swallow that, Madison," said Whoopi Goldberg. "But, who are we?"

"Also when you turn on him and change your tune about him, he's furious and tries to ruin you," said Behar.