"Winnie the Pooh: Blood and Honey" takes Pooh and Piglet to the bad place

This horrific take on A.A. Milne's classic childhood tale of a honey gobbling bear and his friends is ... upsetting 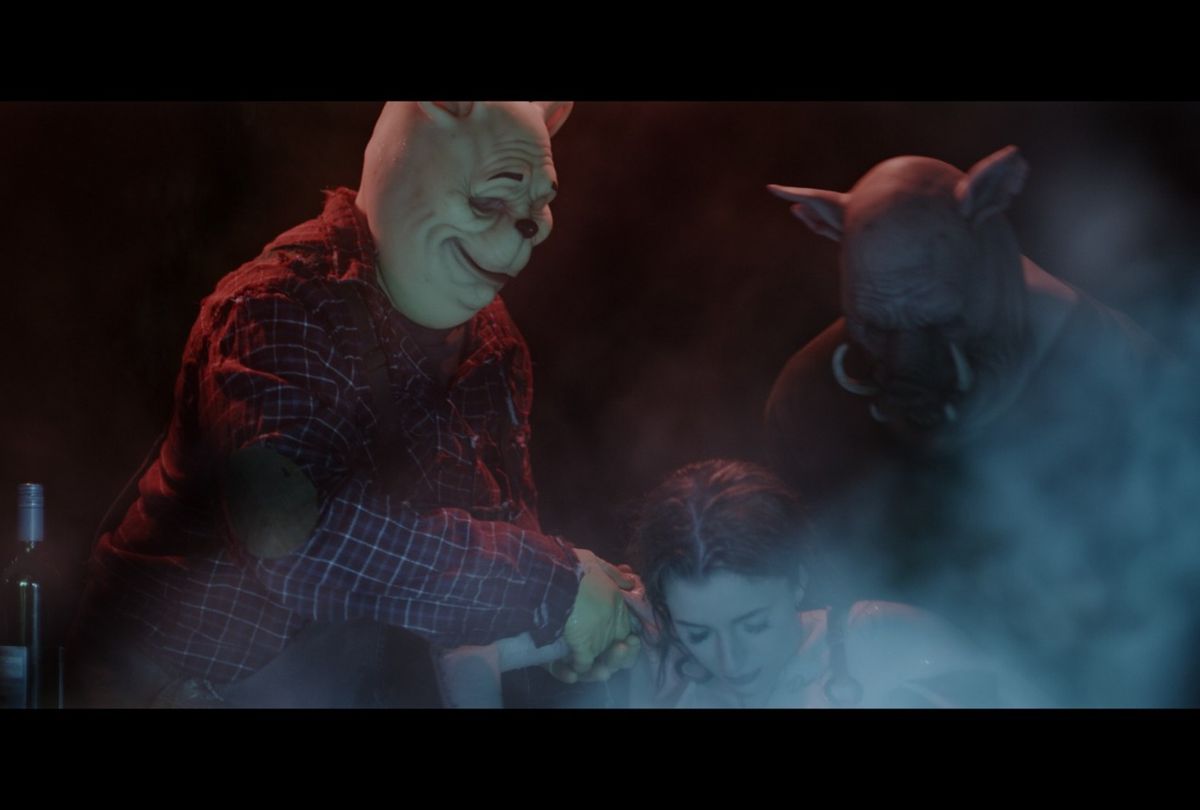 In a perfect example of the wrong that could come from a creative work slipping into public domain, A.A. Milne's beloved characters Winnie the Pooh and Piglet are going full horror in a Jagged Edge Productions slasher called "Winnie the Pooh: Blood and Honey."

In a Variety interview, the film's writer, director and co-producer, Rhys Waterfield, said they are feeling the need to expedite post-production of the slasher, which just wrapped filming in early May, due to the massive amount of attention it's been getting since images from the film began to circulate in teasers. The look of the film, which is pure hell, is a perfect match to the premise, which revolves around Winnie the Pooh and his pal Piglet being abandoned by Christopher Robin prior to him leaving for college. Stop right there and this would be the saddest movie ever written, and it still very well may be, but add in a whole lot of blood and guts and you've got the makings of a dark and twisted cult classic.

And yet ... why? Aren't we already doing our best to keep chins up while treading water in the Swamp of Sadness? Do we really need a beast-mode Pooh and Piglet? Actually, yeah. It fits kinda perfectly into all of (gestures broadly) this. 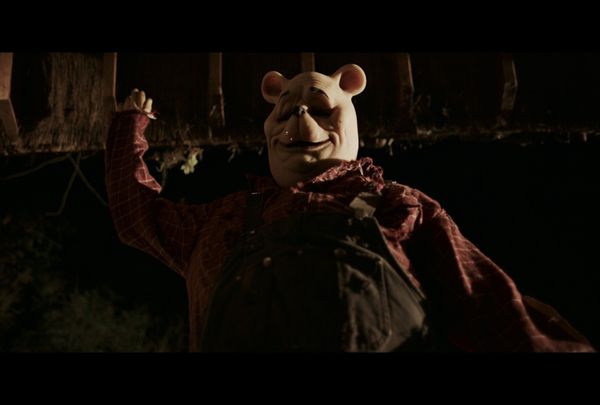 "Christopher Robin is pulled away from them, and he's not [given] them food, it's made Pooh and Piglet's life quite difficult," Waterfield says of the film's plot. "Because they've had to fend for themselves so much, they've essentially become feral ... So they've gone back to their animal roots. They're no longer tame: they're like a vicious bear and pig who want to go around and try and find prey."

RELATED: Ti West on anyone walking out of his slasher film "X": "What did you think you were signing up for?"

According to Variety, "Winnie the Pooh: Blood and Honey" was shot over a ten day period near England's Ashdown Forest, the real-life inspiration for Milne's Hundred Acre Wood in the original classic Pooh tales. Milne's "Winnie the Pooh" only just entered into public domain on January 1, 2022, leaving his characters ripe for the picking in terms of being used for any creative endeavor, free from the confines of copyright. It was only a matter of time before they landed in something like this. Porn will surely be right around the corner, but let's just collectively agree to push that out of our minds forever.

During his interview with Variety, Waterfield hints at the film having some comedic relief, hard as that is to imagine in a movie about our childhood animal friends being nearly starved to death by their person, a sin second only to actual murder.

"When you try and do a film like this, and it's a really wacky concept, it's very easy to go down a route where nothing is scary and it's just really ridiculous and really, like, stupid. And we wanted to go between the two," Waterfield says.

Milne created "Winnie the Pooh" while laid up in England, recovering from injuries sustained during World War I. According to Smithsonian Magazine, Milne's family moved from London to Crotchford Farm to be with him while he healed, and it was during many lazy-day flights of fancy with his son, Christopher Robin, that the characters we've all grown to love came to shape in Milne's mind. Well before Milne's creations were brought to life by Disney; Pooh, Eeyore, Piglet, Kanga and Tigger were the stuffed companions of Milne's son, and they're currently housed in a permanent New York Public Library exhibit where they will, hopefully, be shielded from the uglier parts of life, and cinema, forever.