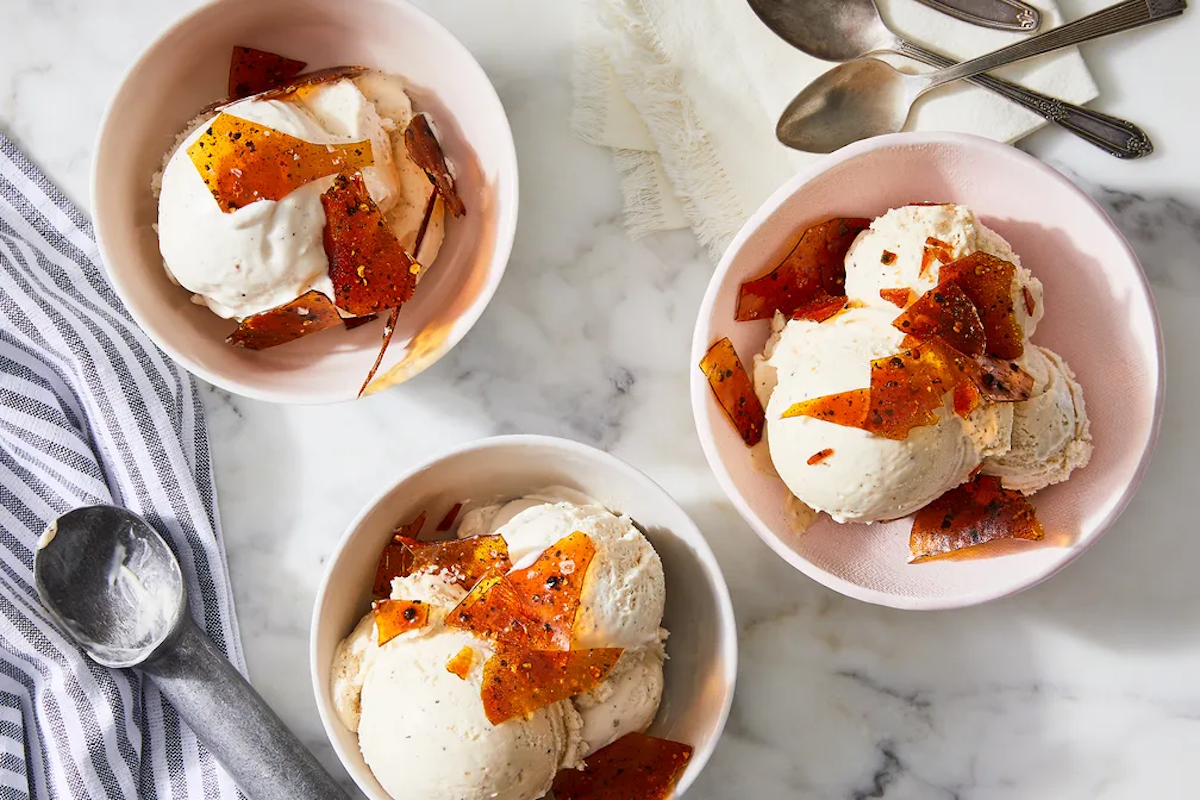 Big Little Recipe has the smallest-possible ingredient list and big everything else: flavor, creativity, wow factor. That means five ingredients or fewer — not including water, salt, black pepper, and certain fats (like oil and butter), since we're guessing you have those covered. Inspired by the column, the Big Little Recipes cookbook is available now.

Salt and pepper are a given in savory recipes, so much so that they're often shortened to S&P, like a dear friend signing an email with a single initial. The other letters are unneeded. You know who they are.

This is especially true in savory Big Little Recipes, where there might be only a few other ingredients. Like tuna, avocado, bread, and lemon. Or pasta, onions, and butter.

But by changing the context, salt and pepper can raise their voices, demand your attention, tell you to listen up. Just switch from dinner to dessert. My favorite dessert, in fact: ice cream.

In the U.S., vanilla is treated as the default scoop, the canvas onto which you draw hot fudge or sprinkles or whipped cream. But vanilla isn't vanilla, it's vanilla. You know? As Sohla El-Waylly puts it, "I get offended when something bland is called 'vanilla.' Good vanilla is anything but boring. It's sultry, floral, and oozes nostalgia."

Similarly, salt and pepper are vibrant, earthy, and full of oomph. And taken for granted. Because their presence is a given, we don't even notice them, like a couple of extras drinking coffee next to Jennifer Aniston drinking coffee at Central Perk. How many of those were there in "Friends"? How many of them can you remember?

Rich yet humble, cream and sugar are happy to let salt and pepper snatch the spotlight. At first, the contrast is jarring. But once you settle into it, it is sweet meets salty meets spicy, like the weather switching from hot to cold to hot, a delightfully confusing reminder that summer is almost here.