Trump and Republican Sen. Ted Cruz of Texas were among those pushing a "good guys with guns" theory 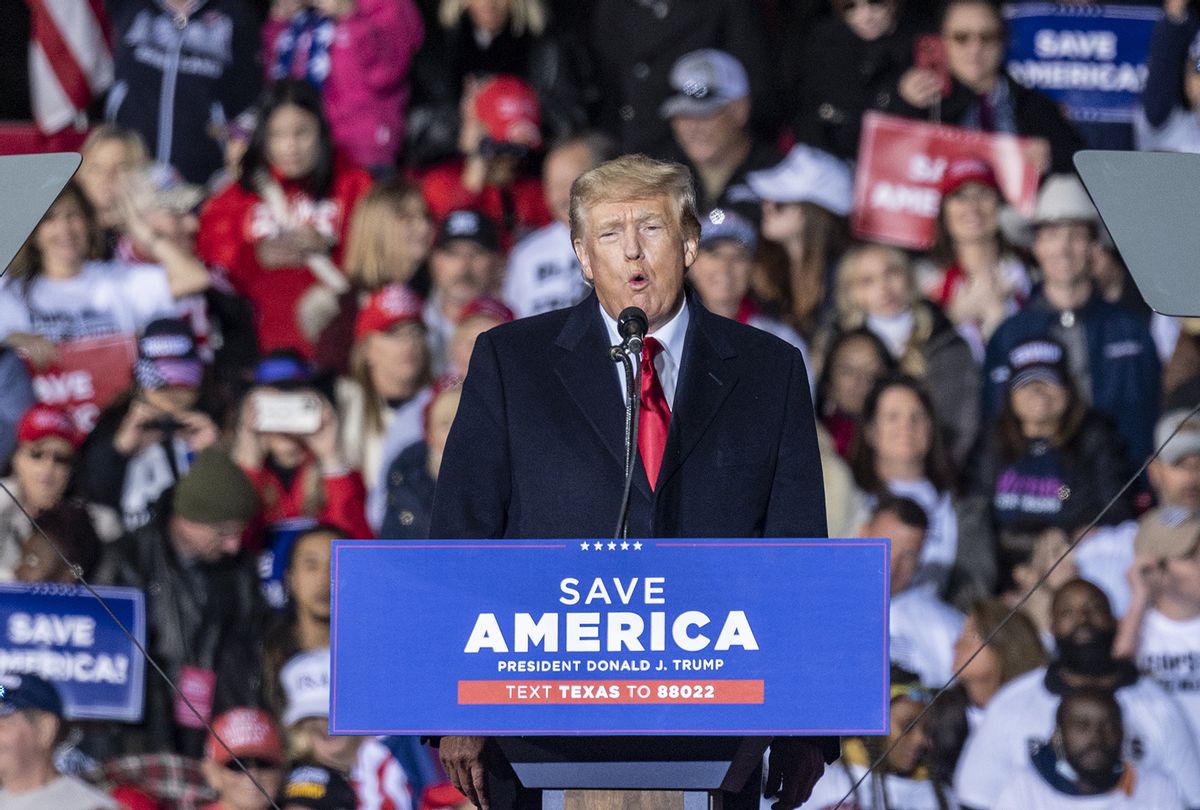 Former President Donald Trump and Republican Sen. Ted Cruz on Friday doubled down on a pro-gun response to gun violence as they addressed the National Rifle Association's conference in Houston—a gathering that opened just three days after the mass shooting in Uvalde, Texas that left 19 elementary school students and two teachers dead.

Among the elements of Trump's apparently poorly attended speech that drew criticism on social media was his reading of the Uvalde victims' names, each of which was followed by a bell sound, and a brief dance-like movement right after he concluded his remarks.

"What is wrong with these people?" asked one observer. Another called it "a grotesque caricature of sympathy."

Rejecting the idea that Congress should take up legislation to address easy access to guns, the former Republican president said instead it was necessary to "harden our schools" and proposed a militarized security system in which all educational buildings "have a single point of entry," armed officers, armed teachers, metal detectors, and classroom doors that lock from the inside.

But in Uvalde, as The Associated Press noted, a locked classroom door "kept victims in and police out."

Trump also vowed to "crack down on violent crime like never before" should he win the presidency for a second time.

His remarks came after a similarly falsehood-pushing speech from Cruz, one of the Republicans who's faced heightened criticism over his campaign cash from the gun lobby and his opposition to gun control legislation.

As Trump later echoed, the Texas Republican said that "the only way to stop a bad guy with a gun is a good guy with a gun"—a theory that, as MSNBC host Chris Hayes put it Friday, "utterly failed" in Uvalde and reveals "the bankruptcy of the arms race theory of violence prevention."

"But they didn't [in Uvalde] and they didn't in Parkland," Hogg tweeted Friday. "Stop endangering ... the lives of our students, teachers, and first responders."

"First responders," he said, "should be our last resort not our first to stopping a shooting."