Experts remain divided on the legality and ethics of student loan forgiveness as Biden considers a $10,000 jubilee 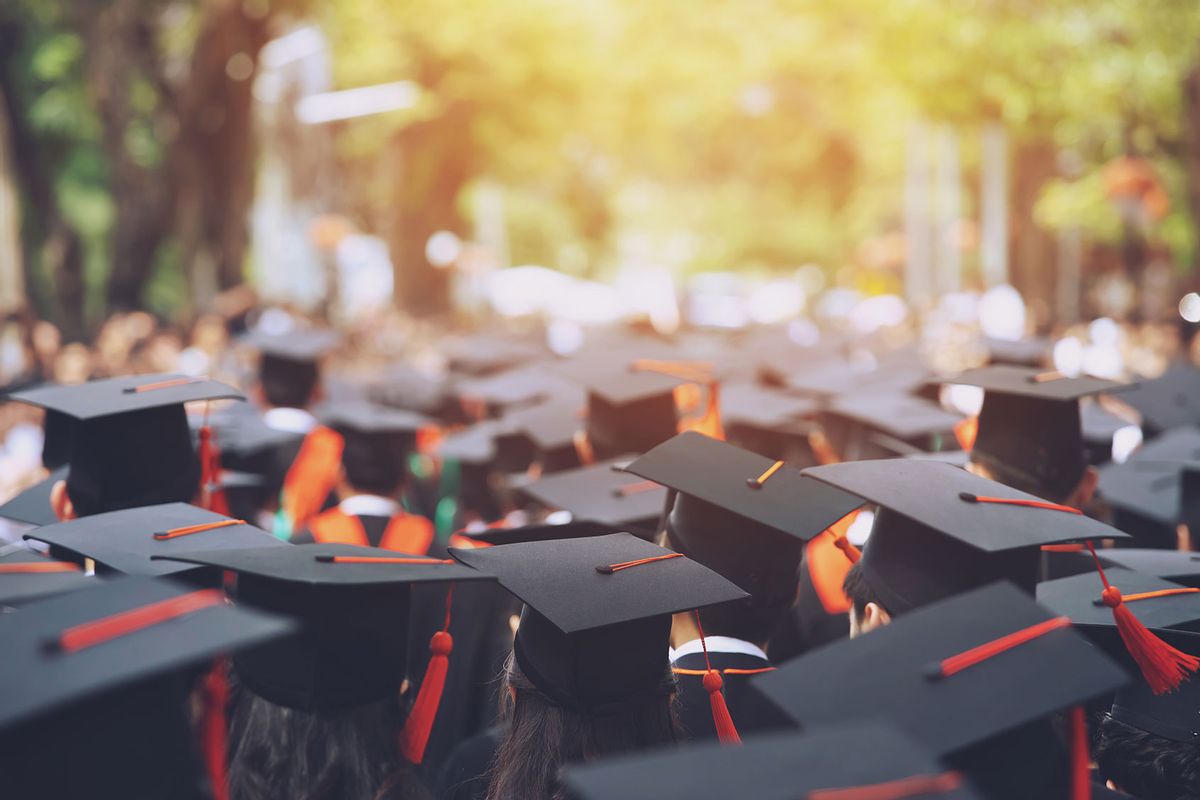 White House officials are expected to make a final decision on whether to cancel at least $10,000 in student debt per borrower after months of internal back-and-forth about the political and legal implications of such a jubilee.

The expected announcement would come after a years-long effort by progressive activists. Since President Biden's term began, countless lawmakers and advocates of wealth equality have demanded that the president partially or fully issue a debt cancellation, arguing that the move could be carried out through executive order. But despite promising $10,000 relief from the outset of his campaign, the Biden administration has thus far been loath to act, staying relatively hush on a subject that many commentators say could boost his popularity in the polls.

"No decisions have been made yet," Vedant Petal, a White House spokesman, told The Washington Post on Thursday.

There is significant disagreement among Democrats and Republicans around whether Biden could actually abolish the debt, which currently sits at $1.7 trillion. Republicans, for their part, have argued that debt forgiveness would be illegal and have already introduced legislation designed to block it from happening.

But even if Biden does have the legal authority to get rid of the debt, experts are still splintered over whether such a move would be ethical.

Diana Furchtgott-Roth, adjunct professor of economics at George Washington University, said that a jubilee would unfairly privilege those who have outstanding debt because thousands of Americans have already paid down the entirety of what they owed.

Others critics contend that wiping the debt away might also contribute to inflation, which has skyrocketed over the past year, making the cost of food and fuel soar. As commentator Matthew Yglesias recently wrote in Bloomberg, resuming debt collection would help "reduce the volume of customer demand in the economy," even if it comes at the expense of a "disproportionately high-income minority of the population."

According to the Committee for a Federal Responsible Budget, canceling all student debt would increase inflation by anywhere from 0.1% to 0.5% over the 12 months after repayment is set to begin. However, some experts have said that the hike is negligible in the face of the benefits reaped by debt holders.

RELATED: Dark Academia and debt: University thrillers are the literary subgenre of the student loan crisis

Sandy Baum, an economist and senior fellow at the Urban Institute, told Money that "inflation is one of the least important problems" in the debate around debt cancellation. Rather, Baum stressed that debt forgiveness would be a regressive federal action, mostly because the 40% of houses with the highest-income hold 60% of America's student loans.

Still, just because total debt relief might benefit relatively affluent people, that may not be a reason to jettison the idea altogether.

"Wealthy individuals and individuals likely to become wealthy in the future do hold the most student debt," wrote journalist Annie Lowrey. "But millions of low-income and middle-income families, as well as young people without the fallback of familial wealth, are also burdened."

One study from this month found that while a jubilee might help the rich, it would decrease the wealth gap between low-income and high-income borrowers, making it a progressive policy. Researchers found that canceling just $20,000 for each borrower would decrease half the amount of debt held by those in at bottom 40% of wealth in America. "Higher levels of cancellation would go further towards reducing wealth and racial inequalities in student debt," they argued.

Numerous advocates of debt cancellation have said $10,000 is not nearly enough to make a substantial financial impact.

"The average Black borrower has $53,000 in student loan debt four years after graduation, nearly twice the amount as their white counterparts," NAACP President Derrick Johnson told CNBC, arguing that the move "won't do anything" for Black borrowers.

A $10,000 cancellation would reportedly wipe out $321 billion in student debt, forgiving the loans of one-third of all borrowers, according to the Education Department.