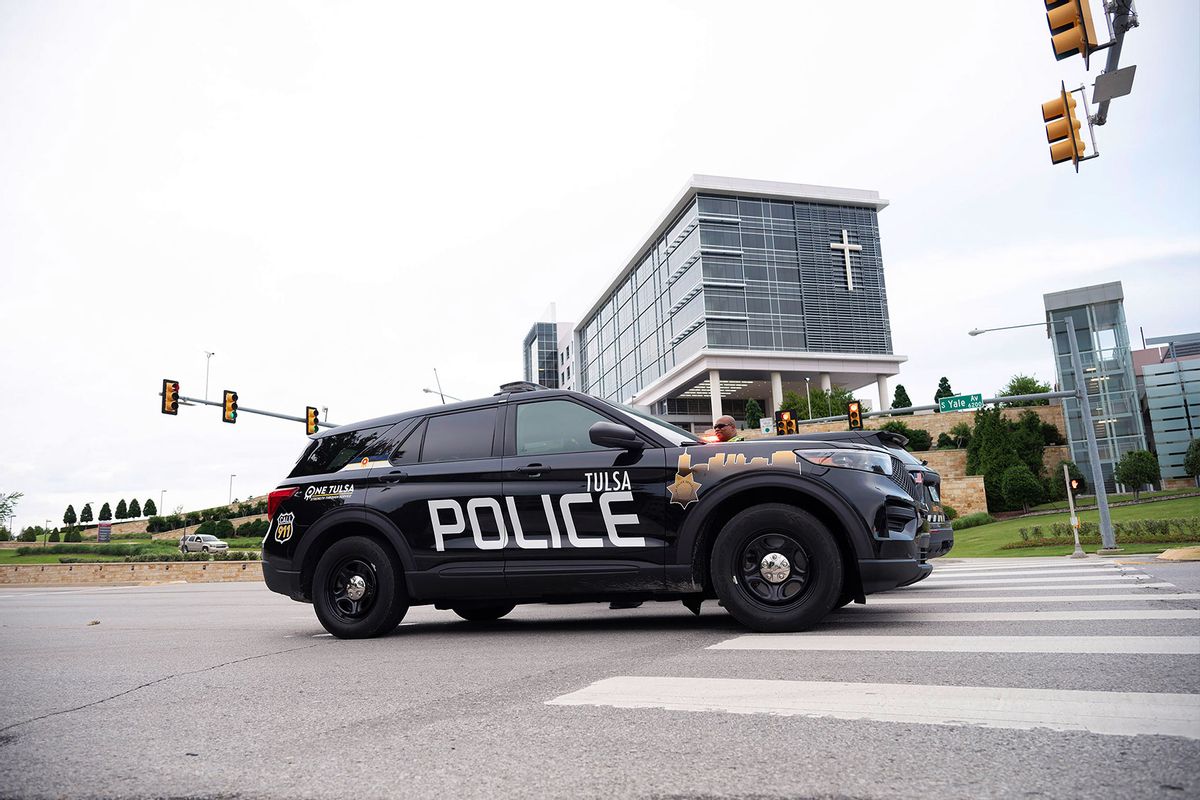 Police respond to the scene of a mass shooting at St. Francis Hospital on June 1, 2022 in Tulsa, Oklahoma. At least four people were killed in a shooting rampage at the Natalie Medical Building on the hospital's campus, according to published reports. (J Pat Carter/Getty Images)
--

Four people were murdered and as many as ten were wounded in Tulsa, Oklahoma on Wednesday evening after a gunman stormed a medical building and opened fire, according to police.

"It was just madness inside, with hundreds of rooms and hundreds of people trying to get out of the building," Tulsa Police Captain Richard Meulenberg told CNN.

The massacre reportedly unfolded around 5 PM local time at the Natalie Medical Building on the campus of the Saint Francis Hospital, where officers were dispatched three minutes after an emergency call was made. Upon arriving, said Tulsa Police Deputy Chief Eric Dalgleish, the officers were immediately "hearing shots in the building, and that's what directed them to the second floor."

According to CBS, the gunman, a Black male between the ages 35 and 40, was reportedly found dead at the scene, possibly as a result of self-inflicted gunshot wounds. According to the Associated Press, Tulsa's police chief said the gunman targeted a doctor who performed back surgery, blaming him for his pain.

Oklahoma Gov. Kevin Stitt this week called the shooting a "senseless act of violence and hatred."

"[Oklahoma First Lady Sarah Stitt] and I are praying for the families of those who lost their lives and for those who were injured," he said. "I have offered Mayor G.T. Bynum any state resources that may be needed, and I ask all Oklahomans to come together in support of the Saint Francis Health System community and to grieve with those whose lives have been forever changed."

Tulsa's rampage comes on the heels of a spate of mass shootings this and last week.

On Wednesday, a security guard at the Miami Valley Hospital in Dayton was shot and killed after a Montgomery County Jail inmate grabbed the guard's gun. That same day, police responded to a shooting in Pittston Township, Pennsylvania at a Walmart Supercenter, where at least one person was injured in what police have called an "attempted homicide."

All of this comes as the nation still reels from school shooting in Uvalde, Texas, where an 18-year-old gunman shot and killed 19 children and two adults at the Robb Elementary School.

According to the Gun Violence Archive, Tulsa's shooting marks the 233rd mass shooting in 2022.