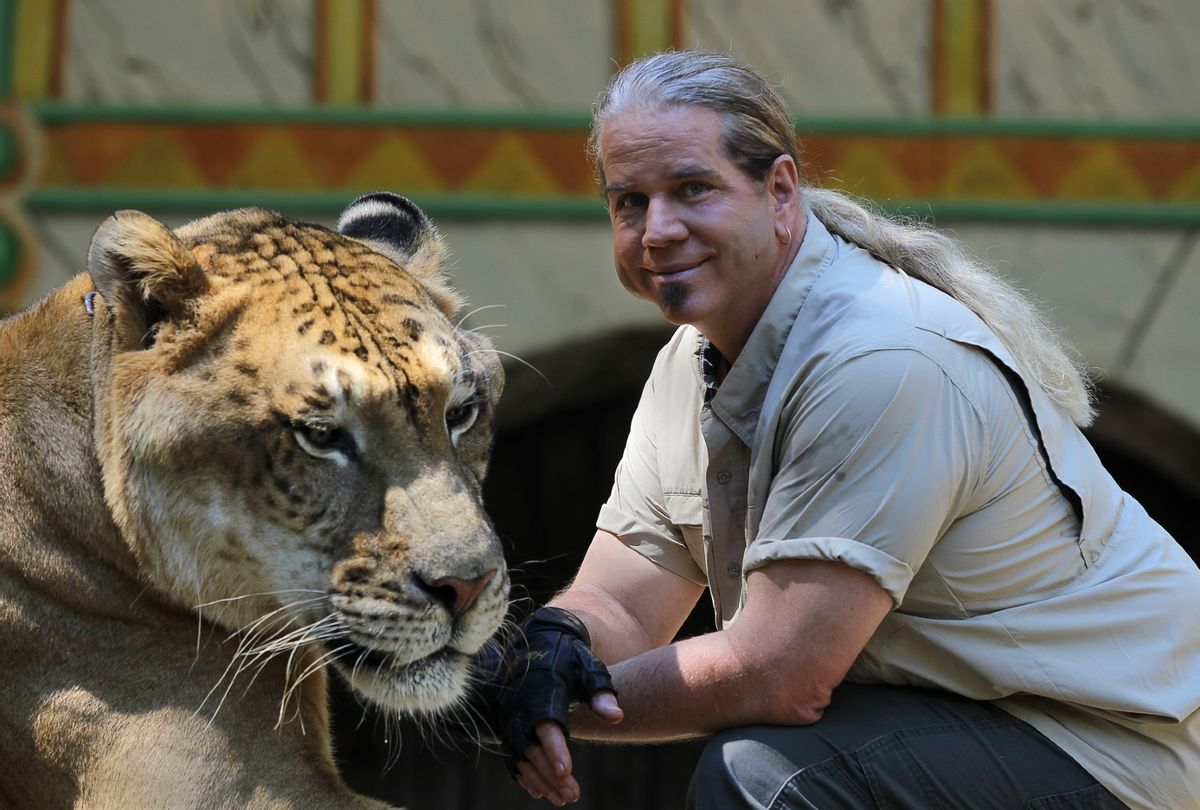 Bhagavan "Doc" Antle, one of the stars of the Netflix reality TV show, "Tiger King: Murder, Mayhem and Madness," is set to appear in court on Monday to face federal money laundering charges.

After being apprehended by the FBI on Friday, Antle is being held at the J. Reuben Long Detention Center in Conway, South Carolina, according to AP News. When news broke of Antle's arrest this weekend it was not initially known what the charges were, but an anonymous source reached out to The Associated Press saying it was an issue of money laundering.

"It's fitting that "Doc" Antle is behind bars after years of locking up the endangered animals he uses in tawdry photo ops. His legal woes are mounting, as PETA recently blew the whistle on his apparent 'charity' scam, and the end to his reign of terrorizing tiger cubs can't come soon enough," said Debbie Metzler, associate director of PETA's Captive Animal Law Enforcement division, in a statement reported on by AP News.

In May, PETA reached out to the IRS and asked for Antle's Rare Species Fund to be investigated. The fund is a nonprofit Antle created that he claimed was to raise money for wildlife conservation. PETA made this request under the suspicion that Antle had been using money from the fund to subsidize the safari he owns in Socastee, which is near Myrtle Beach.

Going back as far as 1989, Antle has accumulated over 35 USDA violations for mistreating animals.