Hold up a sec: What’s the difference between shrimp and prawns? 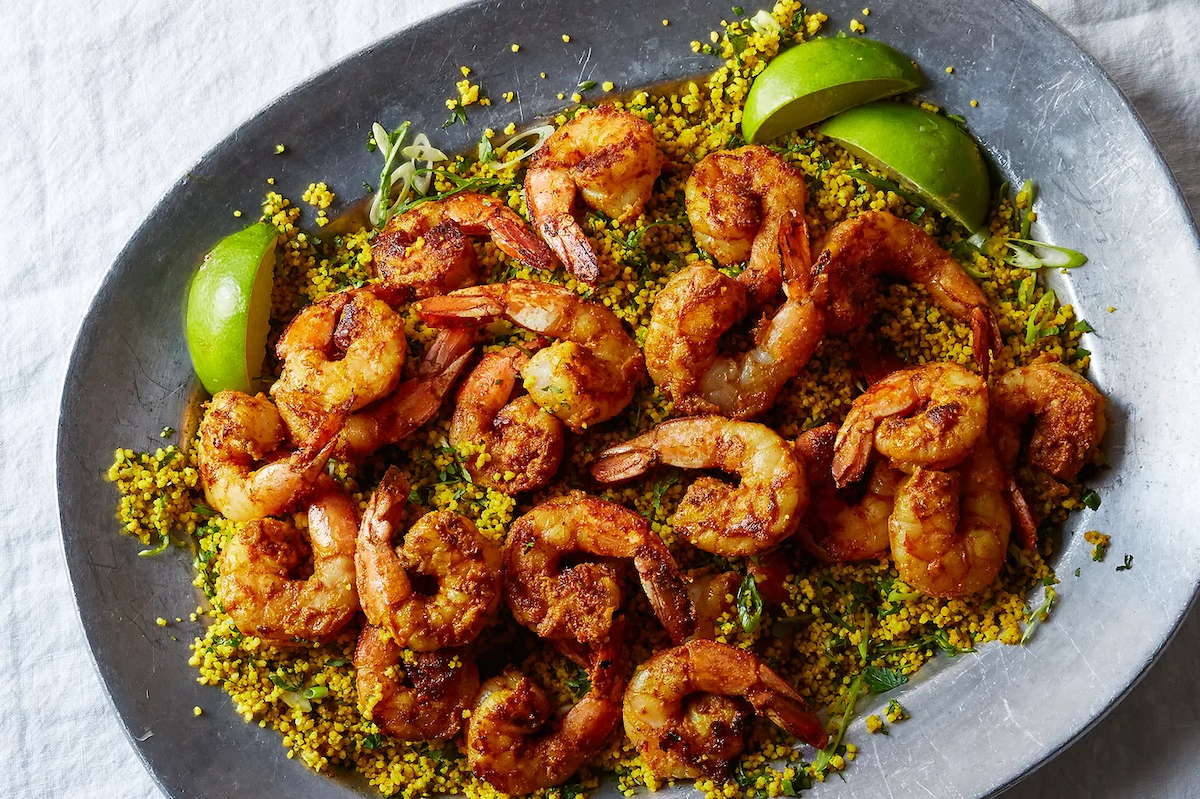 Prawns (for all you scientists, they are a suborder of the dendrobranchiata) and shrimp are generally used interchangeably, but that's not exactly accurate. Yes, both prawns and shrimp have 10 legs and an exoskeleton, but "their gills are arranged differently, the number of legs with claws is different (shrimp have two pairs with claws and prawns have three), and the segments on their bodies overlap in different ways," explains Robert DiGregorio, Director of Seafood Quality at Fulton Fish Market.

However, shrimp is a widely accepted term to describe both shrimp and prawns since, as DeiGregorio says, the term "prawn" is often used incorrectly. "For instance, prawn in some places may be used to describe very large shrimp. Dublin Bay prawns are not prawns or even shrimp at all but langoustines, which are more lobster-like," he adds.

Though there isn't exactly a hard and fast definition, prawns are generally larger and straighter than shrimp, whereas shrimp tend to be smaller and have more of a curved shape. The best way to tell the difference between the two is to really look closely at the bodies to identify which is which, rather than solely choosing based on a fishmonger's label.

While location, demand, seasonality, and general market trends will always cause the price of prawns and shrimp to fluctuate, prawns generally cost more than shrimp, particularly in the U.S.

Where are they found?

According to DiGregorio, "shrimp are primarily found in saltwater and prawns inhabit more brackish and freshwater environments." Their habitat ultimately reflects their taste, meaning that prawns are meatier and sweeter, while shrimp are more delicate both in texture and flavor.

Oh wait — you were asking where to find prawns and shrimp in the grocery store? Got it. You already know the deal with shrimp: Medium, large, jumbo, and yes, extra-jumbo-sized shrimp are sold fresh and frozen in just about every grocery store. They'll range in price from $10 to $30 a pound depending on the size of the shrimp, whether they're raw or cooked, if they're unshelled or shelled, and de-veined or not.

Because they're less readily available, it's harder to get a read on the average price of prawns. Weee!, the online grocery store, sells wild-caught prawns for $4.99 per pound, whereas Eataly sells Wild Tiger Prawns (a highly valuable variety) via Mercato for $45 per pound.

How to cook shrimp and prawns

Shrimp and prawns are actually similar enough in both size, appearance, and taste that you can use them interchangeably. Yes, shrimp are smaller than prawns and will cook faster than prawns, but they look just as good as part of a red sauce, seafood-forward pasta dish as prawns do.

Grilled shrimp scampi? Yes, please. I will take the char of grilled shrimp over sautéed shrimp any day — try this warm-weather recipe and you will too.

Everything you love about the classic  hors d'oeuvre in the form of a family-friendly sheet pan dinner. "The crazy good, crazy simple sauce (thickened right on the sheet pan!) is made from butter, garlic, lemon zest, chicken stock, and (you guessed it!) cocktail sauce," writes recipe developer EmilyC.

For a quick and delicious dinner, make this 20-minute shrimp scampi that balances the earthy, fresh flavor of parsley, the power of garlic, the brightness of lemon (both zest and juice), and the richness of butter. Serve with thick slices of crusty bread to sop up all the sauce.

OK admittedly, this is not shrimp scampi. It's linguine tossed in a roasted garlic cream sauce and topped with sautéed jumbo shrimp and blistered chopped tomatoes (roughly chopped, vine-ripened tomatoes are best here).

Two tablespoons of prepared horseradish gives a spicy take on shrimp scampi in this recipe that comes together in the blink of an eye.