While we're making room for these, we'll never stop loving you, tequila and mezcal 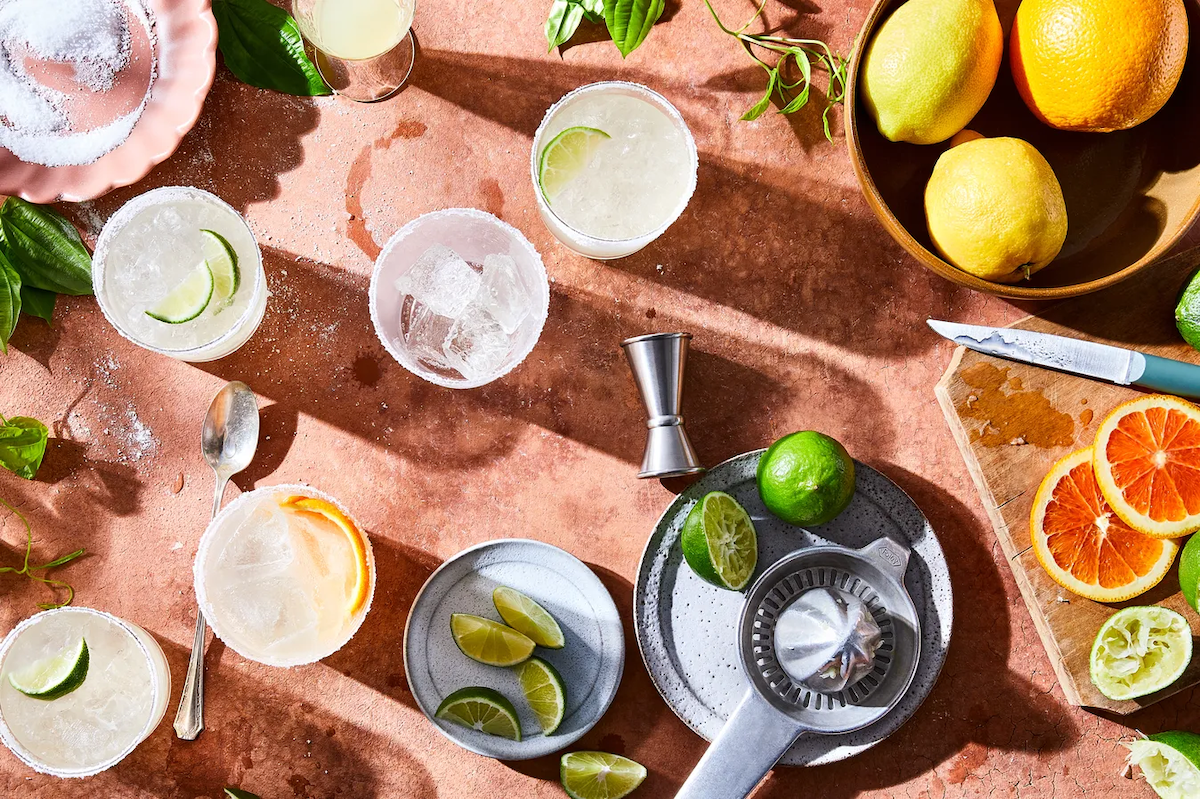 I'd wager that you can order a tequila-based cocktail at nearly any bar in America. And in most major cities, you could likely sub tequila for its smoky cousin, mezcal. The American market is buzzing with excitement for Mexican spirits — just last year, Mexico exported nearly one billion liters of tequila to the United States.

While you might have either or both of these well-known agave spirits sitting in your home bar cart, make some space for a few additional bottles. At long last, some of Mexico's oldest and most delicious spirits are finally making their way to the U.S., and we're here for it.

Mexico's rich cultural culinary history and biodiverse landscape is mirrored in its spirits offerings, and go far beyond just mezcal and tequila. Though lesser known in the U.S., pox, sotol, and raicilla are three delicious Mexican spirits worth paying more attention to.

Cesar Estrada, the Food & Beverage Director at the Thompson Zihuatanejo, a 5-star resort in southwest Mexico, guides guests through a tastings of Mexican spirits, including pox, sotol, and raicilla. "Some of the success of these spirits is indeed the fact of having a personality to stand alone," says Señor Cesar. Read on to learn more about Mexico's personality-filled spirit offerings.

Pox (pronounced "posh") is a corn distillate that has been made by the Tzotzil Mayans in the mountainous region of Chiapas in southern Mexico for centuries. Traditionally used medicinally for physical and spiritual ailments, pox also has symbolic importance to the Tzotzil Mayans.

"[Pox] is a symbol of indigenous resistance," writes Ximena N. Beltran Quan Kiu. Quan Kiu explains that in the 16th century, the Tzotzil Mayans successfully defended their land and culture from Spanish missionaries, safeguarding their customs and traditions — "including their use of pox in ceremonial rites."

Unlike more mainstream spirits, whose ingredients and production is tightly supervised by the Mexican government and regulatory organizations, pox producers have a lot of say over what goes into their spirit and how it is made.

The Chiapas-based distillery Siglo Cero is one of the few producers who imported to the U.S. To make pox, Siglo Cero crushes water with sugarcane to make piloncillo, then combines it with wheat bran, and four types of ground heirloom corn and fermented for 10 to 18 days. The end result is a double-distilled clear spirit filled with creamy roasted corn flavors and aromas, a silky texture, and a clean, tingly finish. Señor Cesar suggests trying pox alone as a digestive sip to really enjoy its "soul of corn and sugarcane."

Sotol is to northern Mexico what mezcal is to the south. It is a non-agave spirit that can be made only in Chihuahua, Durango, or Coahuila, Mexico since it has had its own appellation since 2002. Sotol is distilled from a shrub called dasylirion wheeleri, more commonly known as "sotol" in Spanish or "desert spoon" in English, that is native to the deserts of northern Mexico.

Sotol is a plant in the Asparagaceae family — yes, that asparagus. Like the springtime asparagus we know, which pops up somewhat comically, the sotol plant flowers with a tall and lanky stock that juts up from the low shrub. Unlike the agave plant which flowers once in its lifetime, sotol matures over many years and flowers multiple times.

To make sotol, the heart (or piña) of the shrub is harvested, roasted, shredded, and fermented. Led by Master Sotolier José "Chito" Fernandez Flores, Flor Del Desierto's Sotol Sierra is made from 18-to 20-year-old sotol plants that are wild-harvested in the state of Chihuahua, then cut by hand and processed.

The Flor Del Desierto uses large copper pots to distill their sotol not once but twice. Their sotol smells distinctly of green herbs and grass clippings (in the best, ultra-fresh way). Its flavor is super clean and savory, full of mint, pine, and eucalyptus. Sotol's herbaceous notes pair perfectly in a cocktail with lime, fresh herbs, or even ginger — try substituting it for tequila in one of my favorite cocktails, the Grapefruit-Rosemary Margarita.

The most similar to tequila of this bunch, raicilla is an agave spirit that hails the southwest of Jalisco, the state of Mexico known for its agave production. While tequila is only made from blue agave grown and harvested in Jalisco, raicilla can be made from multiple types of agave depending on where in Jalisco it is harvested — by the sea or in the mountains. Like other agave spirits (and sotol from its eponymous plant), raicilla is made from the heart of the agave plant that is roasted and distilled.

At Estancia Distillery in La Estancia de Landeros, Jalisco, Maestro Raicillero Alfredo Salvatierra and his team use more traditional methods in their production process. The agave is roasted in large adobe ovens, fermented in slightly porous clay pots called amphora, aged in oak, then twice distilled in copper and steel.

For 45% ABV, Estancia's raicilla is surprisingly smooth, with an herby, citrusy brightness. Known for its softer, sweeter flavor, raicilla can be enjoyed on its own or mixed into a cocktail. "Raicilla has the power and strength to be mixed or served alone for slow sipping," says Señor Cesar. "[Try it] paired with a vanilla, cinnamon, or chocolate dessert."