Yes, it is possible to die of a broken heart 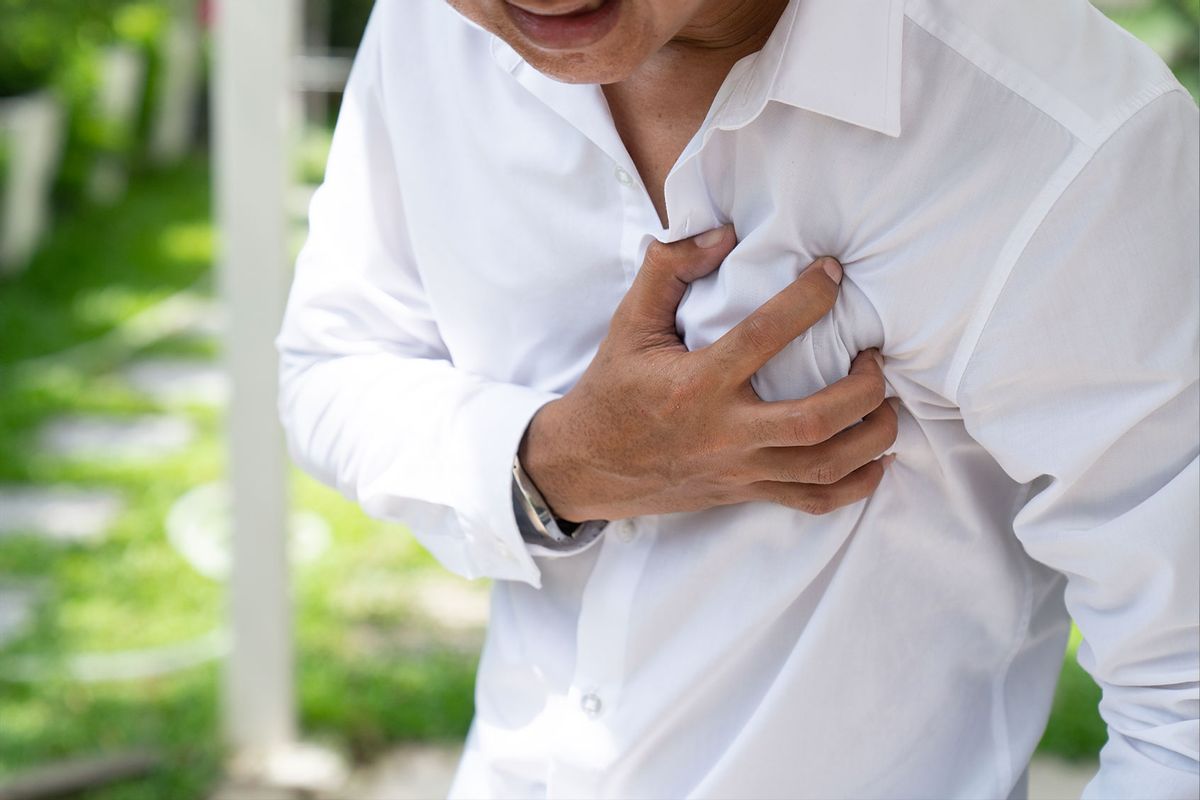 Two days after Joe Garcia learned that his wife Irma Garcia died in a mass shooting at Robb Elementary School in Uvalde, Texas, he died of a heart attack.

Irma was one of two teachers killed in the horrific shooting. She taught at Robb Elementary School for 23 years, and she was married to Joe for 24 years. Their four children, the youngest just 13, are now left without parents. In the aftermath, friends and family have speculated that Joe died from a "broken heart"; that the grief was too much to bear.

That is certainly possible, as there are many instances, historically speaking, of this — when someone who is grieving dies "of a broken heart" soon after learning of the death of a beloved one. One day after actress Carrie Fisher died in 2016, her mother, Debbie Reynolds, died of a stroke at age 84. Family said the stress of Fisher's death "was too much." NFL player Doug Flutie's mother died from a heart attack one hour after learning her husband died of a heart attack. Paul McLeod, the eccentric owner of an Elvis Presley museum in Mississippi, died of a heart attack one day after regretfully shooting and killing a burglar.

Are these deaths merely strange coincidences? Or is dying from a broken heart scientifically and medically possible?

"Acute grief can cause heart damage," Dr. Sandeep Jauhar, a cardiologist and author of "Heart: A History," told Salon. "We have known since the time of the Ancient Greeks that intense emotional upset can affect the heart, but we don't really know exactly how it happens."

RELATED: Inside psychogenic death, the phenomenon of "thinking" yourself to death

When the condition occurs, doctors typically see that a patient's left ventricular apical, which is located within the heart, balloons. Dr. Regina Druz, Chenmed National Director of Cardiology, explained to Salon that the name derives from how the image of the heart muscle looks on an angiogram, which is a scan that shows how blood flows through the veins and arteries of the heart. The ballooning ventricle may look like a tako-tsubo, a pot used by Japanese fishermen to trap octopi. The term was first described by Dr Hikaru Sato in Japan in 1991.

Takotsubo cardiomyopathy is essentially a form of acute heart failure. But the condition is a bit mysterious, because when it happens, there is usually no physical evidence of a coronary artery obstruction or blockage.

"Portions that are attached to the blood vessels look normal, but then the rest of it looks as if it were an air balloon, so it's dilated," Druz said. "And this is exactly how this trapping vessel for octopi looks — it has a very narrow neck and a very dilated balloon-like body, and this is how it's diagnosed based on clinical history as well as characteristic appearance on either an angiogram or the ultrasound of the heart."

When a person presents with symptoms of Takotsubo cardiomyopathy, they may have chest pain, shortness of breath, heart palpitations, vomiting, nausea, anxiety and loss of consciousness. Electrocardiogram abnormalities can mimic those of a heart attack. It is essentially a form of acute heart failure. But the condition is a bit mysterious, because when it happens, there is usually no physical evidence of a coronary artery obstruction or blockage. If there is blockage, it's usually very limited. It is akin to water getting stuck in a drainage pipe despite the pipe being completely empty.

"Takotsubo cardiomyopathy can happen after the death of a loved one or the breakup of a romantic relationship," Jauhar said. "Although it can also happen in situations of social distress, like after an earthquake."

Druz said she has personally treated patients with this syndrome. She recalled one woman in her 60s, whose husband unexpectedly passed away. He was a business owner, and the woman had to take over his business affairs. Once she realized the business was underwater, on top of the stress of losing her husband, she essentially collapsed one day while shoveling snow. Initially, it was believed that she had a heart attack.

"She got admitted to a hospital, she had gone through the workup and we ultimately diagnosed her with takotsubo cardiomyopathy — because her coronary arteries, the primary reason for a heart attack, actually didn't have any blockages, but her heart muscle was severely impaired," Druz said. "Speaking with her, and seeing the degree of her grief, it was obvious that these mental tragedies, plus physical exposure of having to shovel snow, were enough to cause this unfortunate situation."

Druz said the patient was fortunately able to get treated and she improved, but the function of her heart muscle still suffered.

While the condition is often thought to be reversible and temporary for many — with recovery taking as long as a month for those patients — for some it can be fatal. According to one study of people who had Takotsubo cardiomyopathy, the mortality rate was 4.2 percent of a total of 24,701 patients. A majority of them, 89 percent, were female. While the prevalence of this heart condition is not well known in the United States, researchers estimate it makes up 2 percent of all individuals with suspected ST-segment elevation myocardial infarction, which is the most severe type of heart attack.

Despite what researchers know about this condition, the mechanism — meaning, how exactly intense grief can lead to heart failure — remains unknown. Jauhar said there are a few theories, and one is that these heart attacks are caused by a significant increase in adrenaline in the blood.

"There are receptors in the heart that respond to adrenaline and have all sorts of downstream effects when adrenaline molecules attach to these receptors on heart cells," Jauhar said. "And one of them is that heart cells die or become dysfunctional."

Dr. Martha Gulati, a cardiologist who helped develop the American College of Cardiology and the American Heart Association's 2021 Chest Pain Guidelines, described the possibility of adrenaline affecting the heart after experiencing intense grief as an "abnormal hormonal response." But why some people have this response and others don't is unclear.

"There's been some recent research actually, where they were doing MRIs on the brain in patients who had in the last week takotsubo cardiomyopathy, and they found that the brain activity pattern was abnormal as well," Gulati said. "There's the hormone changes, but there's also something potentially happening neurologically that is also affecting the heart."

"People kind of jokingly call some cardiologists 'plumbers,' people who open up arteries, and that really has guided a lot of our guidelines and our therapies," Gulati said. "We've been looking for obstructions, and not everything related to the heart is about obstruction."

So why are there so many unknowns about this peculiar and (literally) heartbreaking condition? Gulati said it speaks to the medical community lagging in its understanding of the causes of disease and conditions that aren't necessarily caused by something physical.

"People kind of jokingly call some cardiologists 'plumbers,' people who open up arteries, and that really has guided a lot of our guidelines and our therapies," Gulati said. "We've been looking for obstructions, and not everything related to the heart is about obstruction."

Gulati said when talking about heart failure, it's important to move the conversation beyond the cause being a blockage. Meanwhile, Gulati said in terms of Takotsubo cardiomyopathy, cardiologists are learning more but still have a "long way to go."

Gulati added when someone is in emotional distress and experiencing chest pain, it should be taken seriously.

"We need everybody to understand that chest pain needs to be taken seriously, time is heart muscle, we still need to call 911," Gulati said. "If you're experiencing chest pain, even if you've received good news or bad news, it needs to be evaluated because we know there's this association."