"The team were always saying, ‘Oh we’re going to resign, we’re not going to be here if this happens," Kushner said 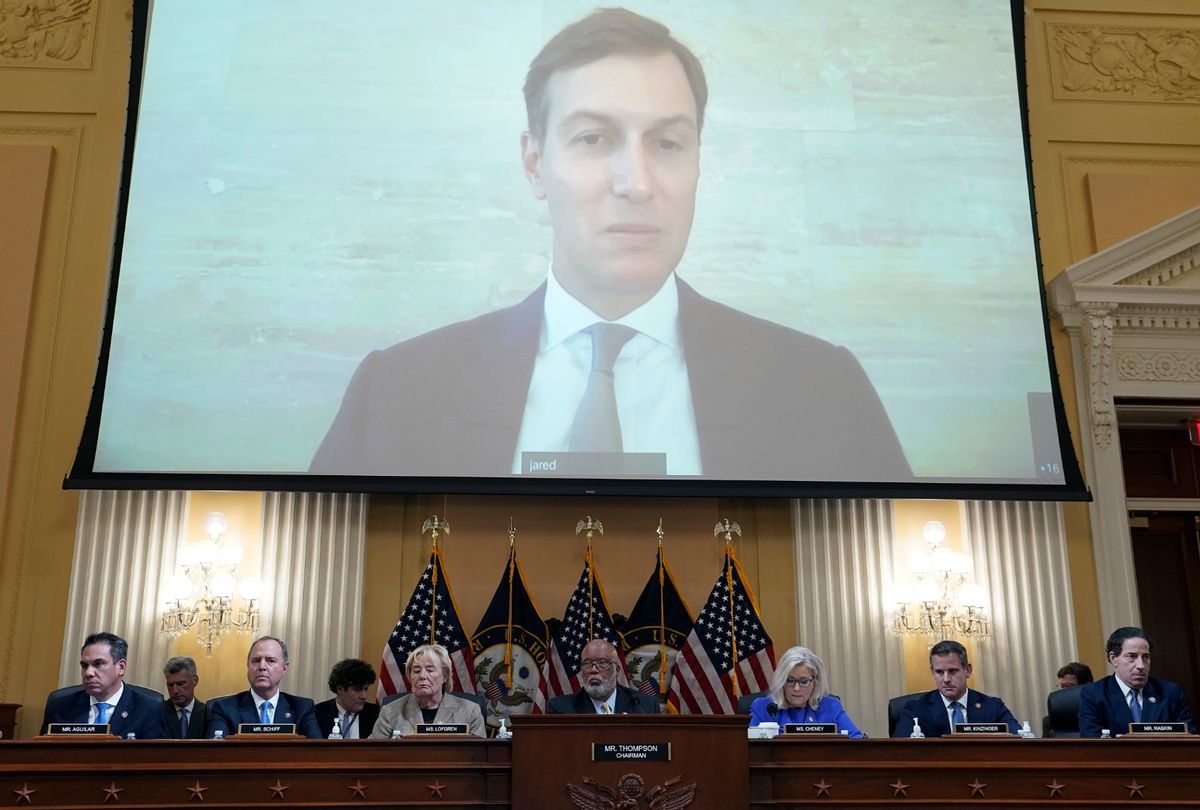 Former President Donald Trump's son-in-law Jared Kushner is seen on a screen during a hearing by the Select Committee to Investigate the January 6th Attack on the U.S. Capitol on June 09, 2022 in Washington, DC. (Photo by Drew Angerer/Getty Images)
--

Jared Kushner, Donald Trump's son-in-law and a former presidential adviser, testified to the House select committee investigating Jan. 6 that he viewed threats from White House lawyers to quit over Trump's plot to overturn his loss as "whining."

Rep. Liz Cheney, R-Wyo., the committee's vice-chair, played a clip of Kushner's deposition during the first committee hearing on Thursday night. Kushner told the panel that he was more focused on working on pardons ahead of Trump's departure than threats from White House counsel Pat Cipollone and his team to quit if the president went ahead with his bid to subvert the election.

"I kind of, like I said, my interest at that time was on trying to get as many pardons done," Kushner said in the video. "And I know that, you know, him and the team were always saying, 'Oh we're going to resign, we're not going to be here if this happens, if that happens,' so I kind of took it up to just be whining, to be honest to you."

During the hearing, Cheney played multiple clips of former Trump aides, including former Attorney General Bill Barr, recalling how they told Trump ahead of Jan. 6 that he lost the election and that his claims of election fraud were false.

Barr described the claims as "bullshit" and "crazy stuff."

Trump's daughter Ivanka testified during her deposition that she accepted Barr's assessment over that of her dad.

"I respect Attorney General Barr. So, I accepted what he said and what he was saying," she told the panel.