"The place sounds like it's imploding": SCOTUS insiders spill more dirt as court hunts for leaker

"I don't know how on earth the court is going to finish up its work this term," one insider told NPR 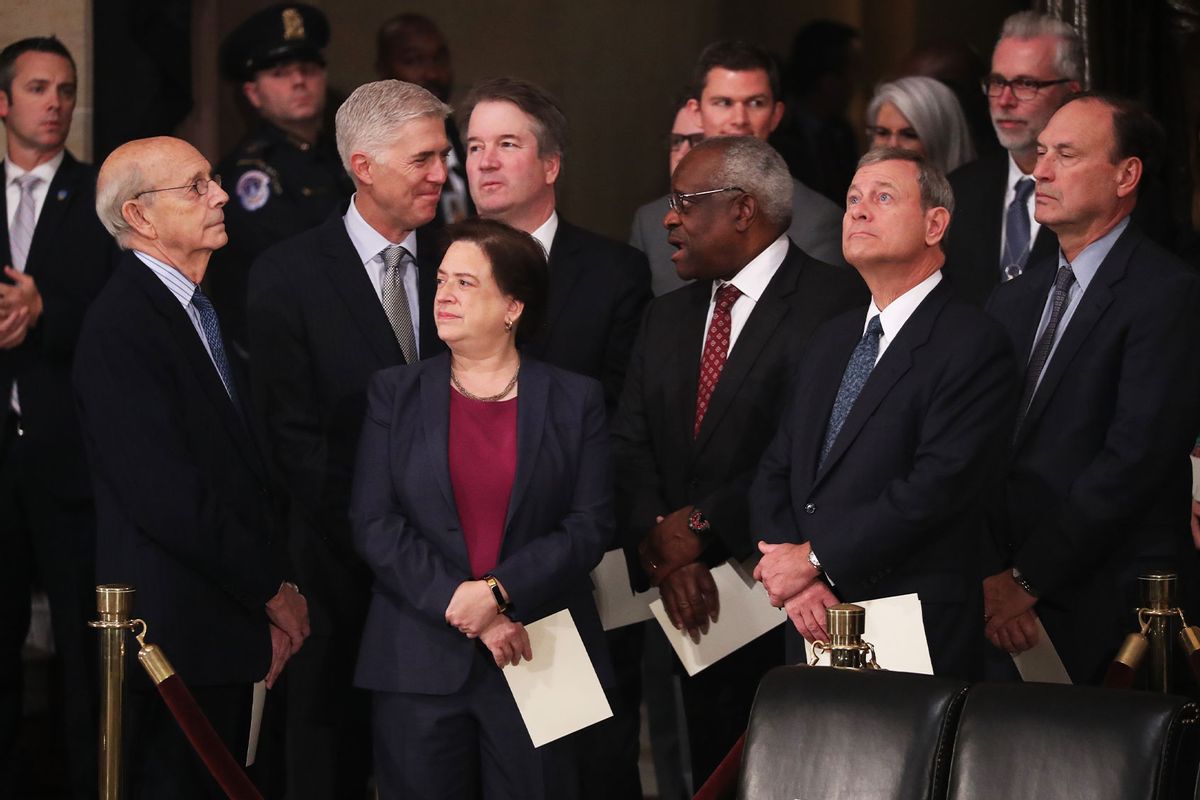 In early May, a Supreme Court majority draft opinion on abortion was leaked to Politico revealing that the court is likely to overturn Roe v. Wade, the watershed 1973 ruling enshrining the constitutional right to abortion. Justices on the court immediately condemned the leak, calling it a grave breach of trust. Chief Justice John Roberts quickly launched an investigation into the matter, promising to hold the leaker accountable.

However, one month later, the investigation has not identified any suspects and the court's integrity is growing weaker by the day, according to NPR.

One source told the outlet that "the place sounds like it's imploding."

Another said, "I don't know how on earth the court is going to finish up its work this term."

Last month, Justice Clarence Thomas said in a speech that the institution has changed "fundamentally" since the leak.

"You begin to look over your shoulder," he added. "It's kind of an infidelity that you can explain it but you can't undo it."

At this juncture, it's unclear what, if any, progress has been made by the court in identifying the leaker. The investigation is currently being led by Supreme Court Marshal Gail A. Curley, who, as NPR notes, has no apparent experience as an investigator.

Several insiders told the outlet that the inquiry's latest developments have been "nightmares," in part because they've only added to the atmosphere of distrust between colleagues.

For one, the inquiry's full scope is likely to be ill-defined, said Glenn Fine, a former inspector general for the Justice Department and then the Defense Department. Fine, who has conducted similar investigations in the past, said that initially "we would be told that ... only a few people had access to the material that had been leaked. Only a few individuals were at the key meeting or worked on the document."

However, as his probes deepened, he added, the number of potential suspects broadened "exponentially" to "additional co-workers, office staff, computer administrative staff, family and friends of those working on the matter, even people who passed through the office."

Late last month, CNN reported that clerks are taking steps to retain legal protection as part of the court's inquiry. Investigators are also reportedly considering asking clerks to hand over the cell phones and sign written affidavits pledging their innocence. But according to NPR, such seizures might contravene the Supreme Court's own 2014 ruling that law enforcement cannot execute searches of cellphones without an official warrant.