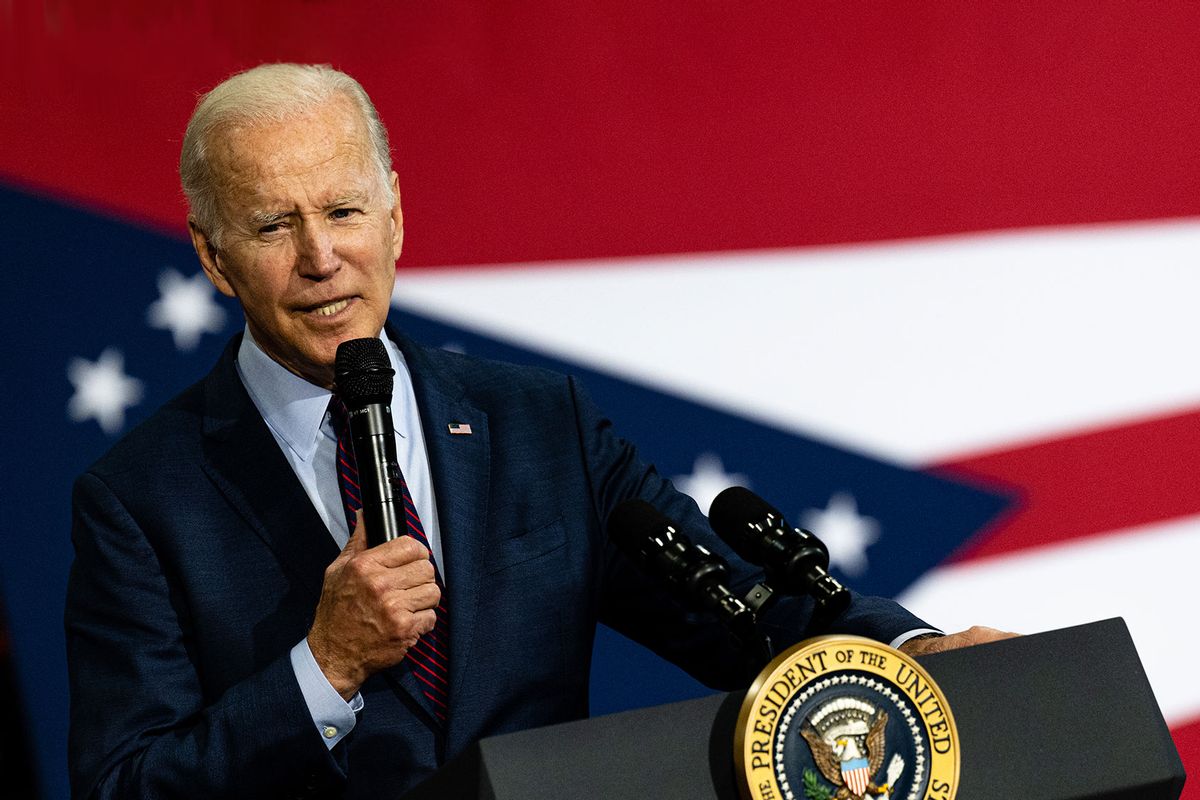 U.S. President Joe Biden speaks to an audience at United Performance Metals on May 6, 2022 in Cincinnati, Ohio. (Jon Cherry/Getty Images)
--

President Biden's promise to increase gun control measures took shape today with the announcement from a bipartisan group of senators that an agreement was reached on new gun safety legislation. This agreement is said to focus on much needed mental health resources, improvements on school safety and support for students, and strengthened steps to ensure "dangerous criminals and those who are adjudicated as mentally ill can't purchase weapons," according to a statement reported on by CNN.  Additionally, support will be given to state intervention orders, school safety resource coffers, and an "enhanced" review process will be put forth to penalize those who purchase weapons under the required age limitation, and/or by other illegal means.

Ten Republican senators gave their support of the new safety legislation, which provides adequate support to thwart the Senate filibuster.

RELATED: "Why are we willing to live with this carnage?" Biden asks in speech on gun control

In response to the announcement of the agreement, Biden said that it "does not do everything that I think is needed, but it reflects important steps in the right direction." If passed, Biden furthers the agreement will be "the most significant gun safety legislation to pass Congress in decades ... with bipartisan support, there are no excuses for delay, and no reason why it should not quickly move through the Senate and the House."

"Each day that passes, more children are killed in this country: the sooner it comes to my desk, the sooner I can sign it, and the sooner we can use these measures to save lives," President Biden said in response to today's agreement.

"The principles they announced today show the value of dialogue and cooperation," Senate Minority Leader Mitch McConnell of Kentucky said in a statement. "I continue to hope their discussions yield a bipartisan product that makes significant headway on key issues like mental health and school safety, respects the Second Amendment, earns broad support in the Senate, and makes a difference for our country."