Bigger than Trump: Republicans will expose how the Big Lie took control of the GOP 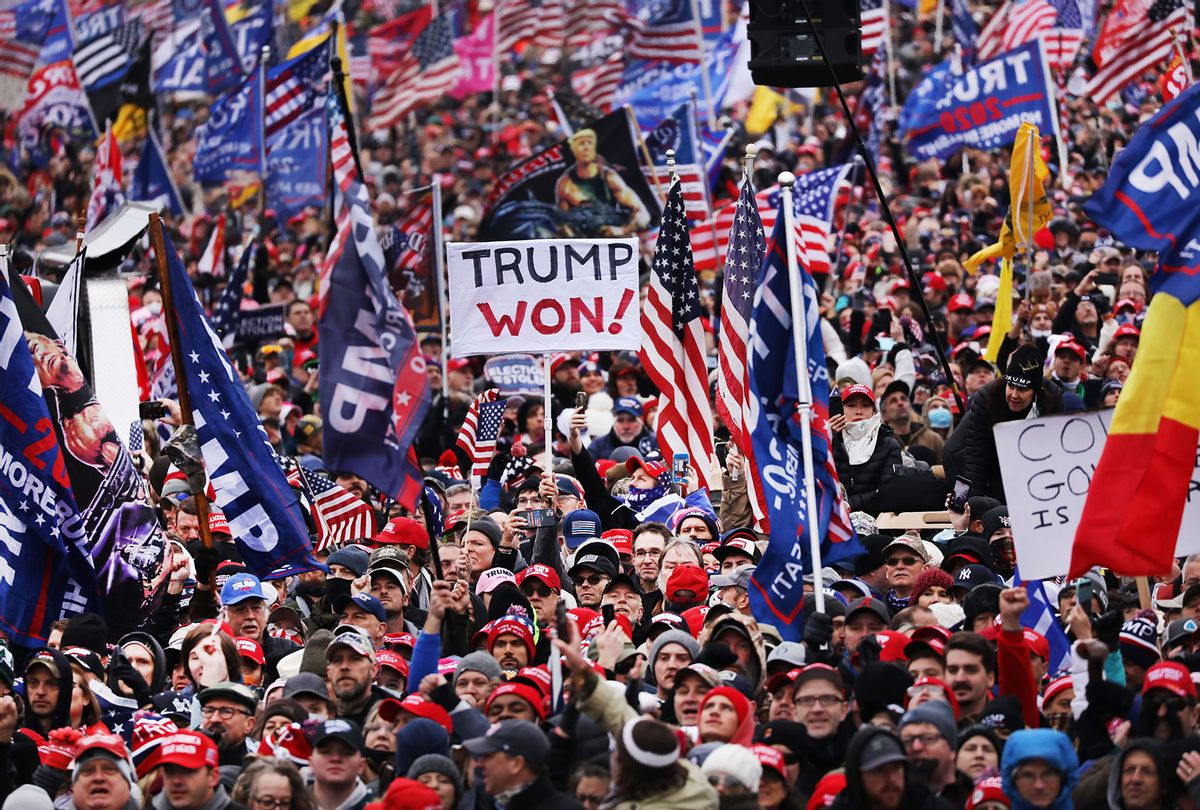 If anyone thought that the Jan. 6 committee was going to confine itself to exposing the actions Donald Trump and his accomplices undertook to overturn the election of 2020, today's public hearing will set them straight. The committee is going straight after the Big Lie itself.

While a scheduled appearance by Trump's 2020 campaign manager Bill Stepien today was canceled "due to a family emergency," his lawyer will still make a statement on the record. Meanwhile, former Fox News political editor Chris Stirewalt, GOP election lawyer Ben Ginsberg, former U.S. Attorney for North Georgia B.J. Pak, who abruptly quit his position in Atlanta during Trump's quest to overturn the election, and former Philadelphia City Commissioner Al Schmidt are all set to testify today. All of them will testify about the truth of the 2020 election — and Trump's knowledge of that truth. Every one of them is a Republican.

It is a smart strategy to tell this story through Republicans. It should quell some of the mistrust that's been sown by Trump and his allies over the fact that the committee only has two GOP members after House Minority Leader Kevin McCarthy refused to agree to the bipartisan independent commission and pulled all of his members from the committee when he was not allowed to put Trump's personal henchmen on the panel. Republicans have since sought to smear committee Vice Chairman Liz Cheney of Wyoming and Adam Kinsinger of Illinois, both Republicans, as traitors and sell-outs. So whatever credibility the two had to persuade rank and file Republicans is gone. Independents probably don't know what to think.

Having something on the record from both an important Trump campaign insider about what Trump was told about the election results and a respected Republican election lawyer like Ginsberg testify about the integrity of the vote is harder to ignore. Stirewalt worked for Fox News, the flagship Trump network, and was fired for calling the election for Biden after Trump and his rabid fans had a fit over it. He can testify to the accuracy of the data they used to call the election. Trump forced Pak to resign when he found no evidence of massive voter fraud in Georgia, and Schmidt was the lone Republican on the Philadelphia election board and was hounded out of the job when he attested to the integrity of the vote count. Both of them can testify that there was no voter fraud in their jurisdictions.

I'm sure Trump will say they are all Republicans In Name Only and not to be believed, but for at least a few GOP voters it must be a little bit difficult to buy that all of these Republicans are liars.

Politico recently reported on a study done by researchers at the Center for Media Engagement at the University of Texas at Austin who interviewed 56 people who believed the election was stolen to get an idea why they think so. Perhaps surprisingly, they found that quite a few were not stuck in "tightly sealed, right-wing echo chambers," and a majority "did not seem to subscribe to multiple conspiracy theories." Instead, some believed that Trump's rally sizes indicated that he couldn't have lost the election and that the "visuals" they saw on election night in which the vote count changed as more votes were tallied was suspicious. Further, Trump's portrayal of himself as a victim made them believe that "actors on the left would go to extreme and illegal lengths to see that he was out of office." The researchers suggest that the news media should change the way they report election results but I think that misses the point: Trump primed them to doubt the election results long before it was held.

Trump is the one who made the case that rally sizes indicate that he couldn't possibly have lost the election. (This is silly, of course, because the campaign happened during the pandemic and Joe Biden made the prudent decision not to hold super spreader events and kill his own voters.) And a week before the election, Jonathan Swan of Axios reported that Trump was telling associates that he planned to declare victory on election night if it looked like he was "ahead" knowing that mail-in votes, which they expected would be heavily Democratic, would be counted later. Trump told Swan:

"I think it's a terrible thing when ballots can be collected after an election. I think it's a terrible thing when states are allowed to tabulate ballots for a long period of time after the election is over." He continued: "I think it's terrible that we can't know the results of an election the night of the election. ... We're going to go in the night of, as soon as that election's over, we're going in with our lawyers. We don't want to have Pennsylvania, where you have a political governor, a very partisan guy. ... We don't want to be in a position where he's allowed, every day, to watch ballots come in. See if we can only find 10,000 more ballots."

(That last quote is rich considering that he's the guy who called up the Georgia Secretary of State and asked him to "find" 11,780 votes.)

Trump and his henchmen were preparing to challenge the validity of the election and suggest that vote that were counted later we illegitimate from the very beginning. Those Republican voters may not know why they were suspicious, but if they had been listening to Trump for months leading up to the election it's not hard to figure it out.

In a bit of hopeful news, the researchers did find that some of these people might be open to new information. One said "a lot of people were expressing uncertainty as they were sharing their thoughts with me, and they were saying that this felt so complicated to them." Respondents also didn't feel as if they had anyone they could trust to help them sort out the questions they still had but were interested in learning more, researchers noted. If a few of them take the initiative to tune in to the hearing today, they aren't going to see a typical partisan food fight but rather a sober inquiry featuring cooperating Republican witnesses laying out the facts. And what they will learn is that Donald Trump's story about the stolen election is a Big Lie and everything else that happened was a fraud to illegitimately hold on to power.

The committee starting with Trump's lies about the stolen election is necessary to understand everything that came next. He was laying the groundwork long before even one vote was cast. Trump knew he would never concede no matter what. In fact, he told us so all the way back in 2016. Why would we have ever thought otherwise?