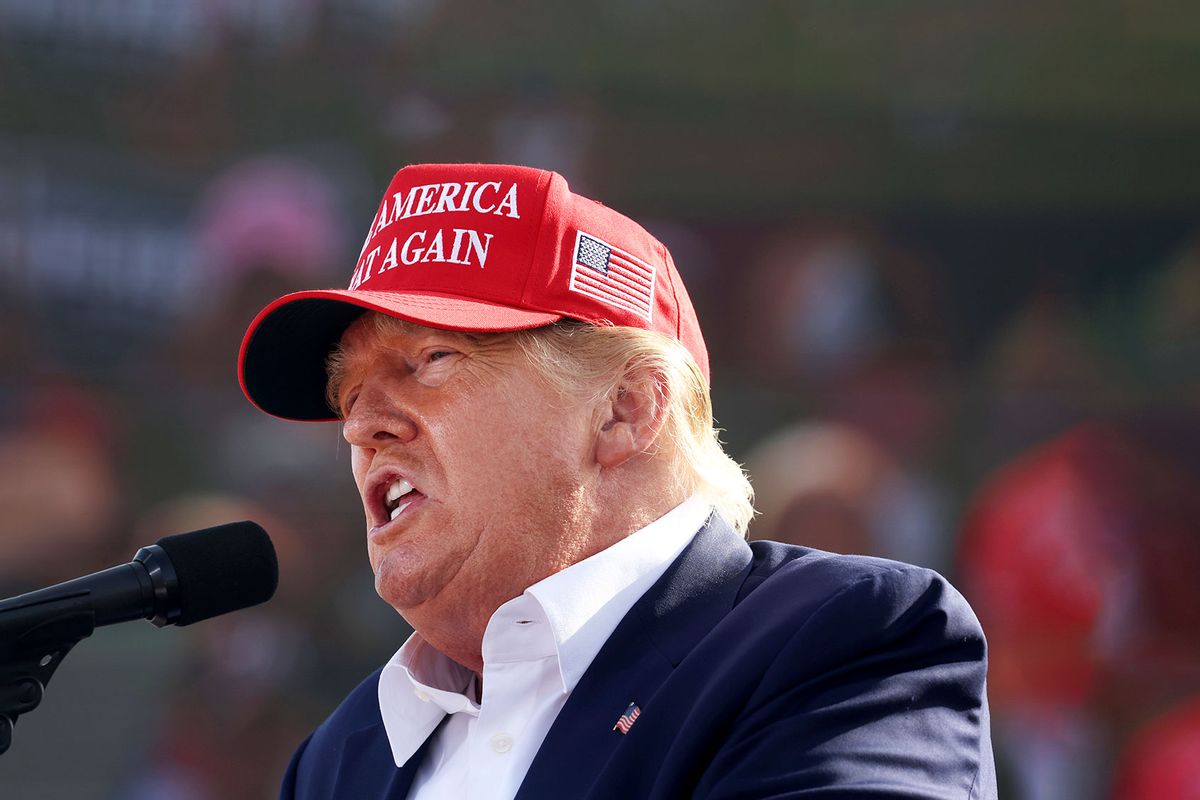 Former President Donald Trump speaks to supporters during a rally at the I-80 Speedway on May 01, 2022 in Greenwood, Nebraska. (Scott Olson/Getty Images)
--

A former Justice Department official raised eyebrows when he testified that Donald Trump complained that Native Americans were paid to vote against him, but the claim appears to have originated with a White House staffer.

Richard Donoghue, who served as Trump's acting deputy attorney general in December 2020 and January 2021, told the House select committee the former president claimed voter fraud had deprived him of re-election, and many observers were surprised by some of the baseless allegations.

"Dead people are voting, Indian people are getting paid to vote," Trump said, according to Donoghue. "There's lots of fraud going on here."

Donoghue testified that he told the former president those allegations were false, and it appears that Trump heard the claims from Garrett Ziegler, an aide to then-White House economic adviser Peter Navarro.

"The young and earnest Garrett Ziegler rides to the sound of the guns in Nevada," wrote Navarro in his book, "In Trump Time: A Journal of America's Plague Year." "He will soon find himself criss-crossing an Indian reservation investigating outrageously illegitimate bribes for Biden votes."

Although some election advocates such as Nevada Native Vote Project did offer free food, gift cards and raffle entries to voters, the giveaways were available to all voters, and not in exchange for backing any specific candidate.