Giuliani was “definitely intoxicated” when he convinced Trump to falsely declare victory: ex-aide

Former Trump spokesman Jason Miller testified to the Jan. 6 committee that Rudy was drunk when he hatched Big Lie 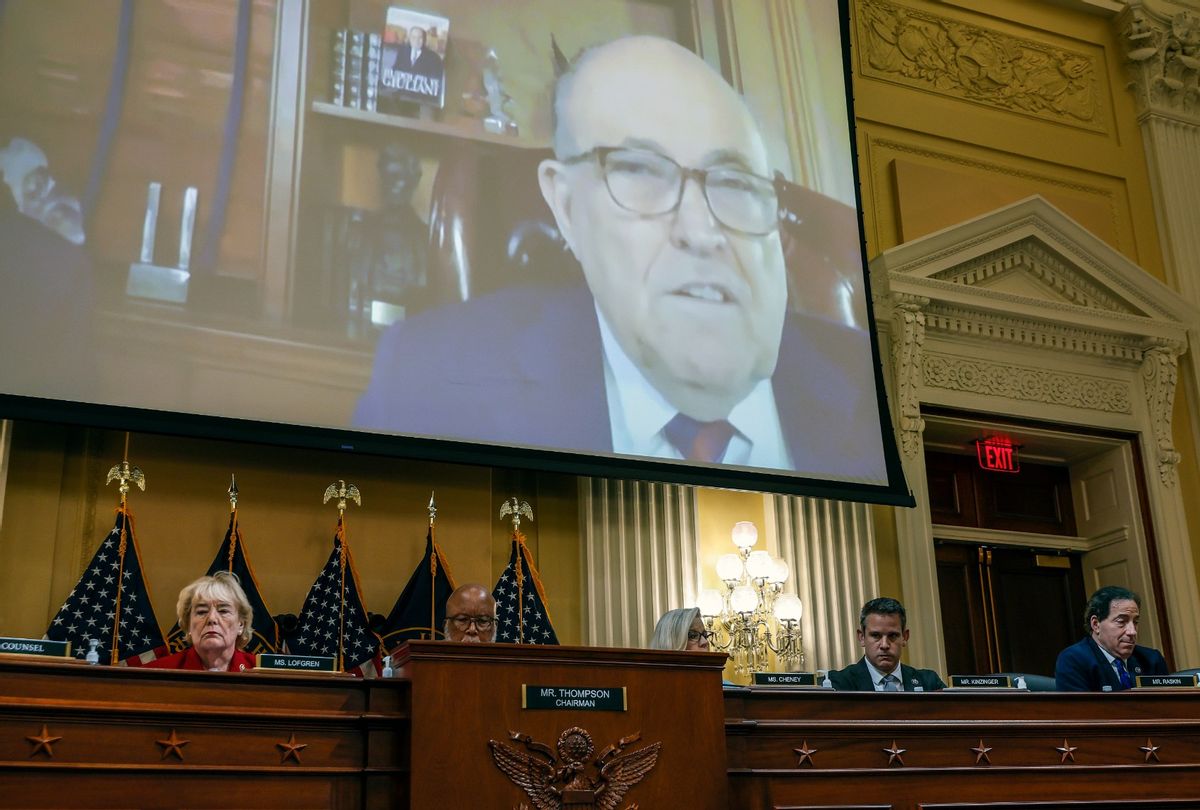 Video from a deposition with former President Trump advisor Rudy Giuliani is played during a hearing by the Select Committee to Investigate the January 6th Attack on the U.S. Capitol in the Cannon House Office Building on June 13, 2022 in Washington, DC. (Photo by Chip Somodevilla/Getty Images)
--

During Monday's public hearings, the committee played video of Miller testifying about the atmosphere in the Trump White House on election night, where Giuliani was urging Trump to ignore the advice of his campaign staff and say he won the election before all ballots had been counted.

"He was definitely intoxicated," Miller said of Giuliani. "But I do not know his level of intoxication when he spoke with the president, for example."

Miller then explained how both he and Trump campaign manager Bill Stepien had urged Trump to hold off on declaring victory until more votes had been counted, but that Giuliani called them "weak" and told Trump to say he won that night.

The committee then played deposition of Stepien testifying that Trump also rejected his advice to hold off on declaring victory, and that "he was going to go in a different direction."

The committee then played video of Trump on election night declaring that the election was "a fraud on the American public" while also insisting that "we did win this election."