“Pack your stuff and get out”: Mom boots Patriot Front member son out of her house after arrest

“This is not who I raised," said Karen Amsden 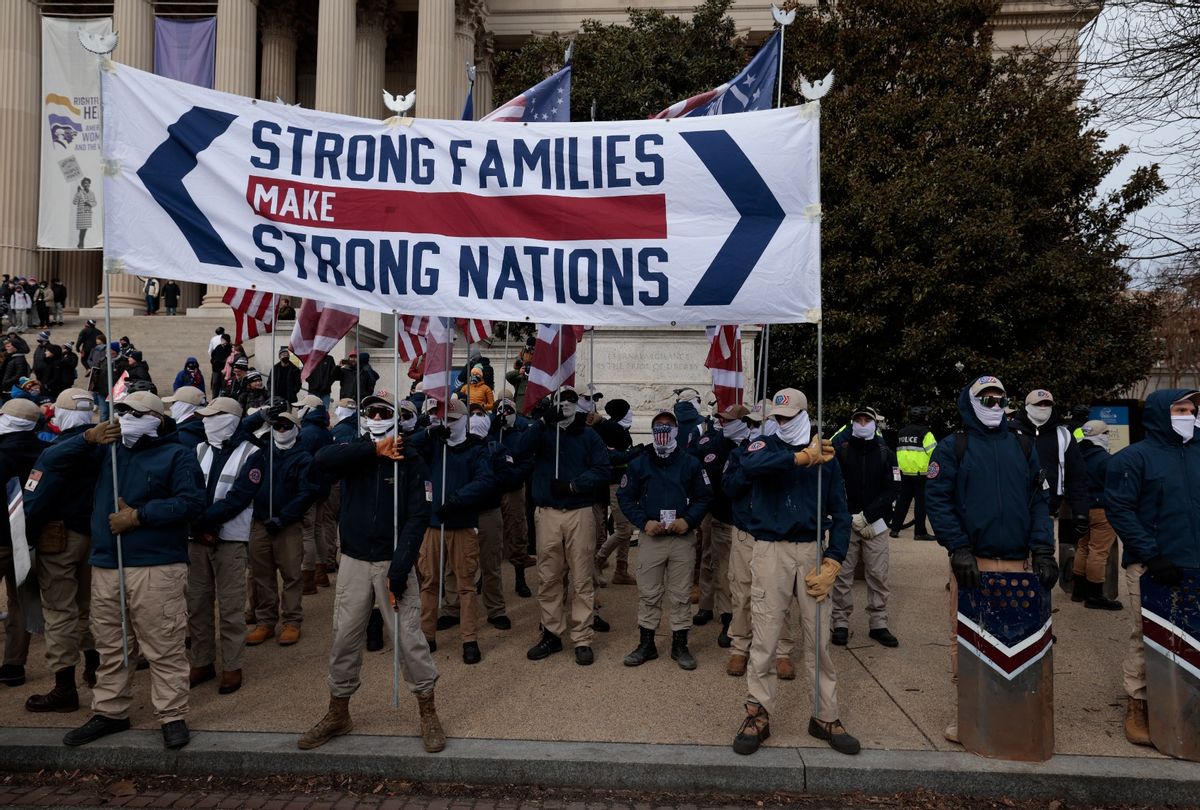 Members of the Patriot Front attend the 49th annual March for Life rally on January 21, 2022 in Washington, DC. (Photo by Anna Moneymaker/Getty Images)
--

One of the Patriot Front extremists was kicked out of his mother's house after his arrest with dozens of white nationalists allegedly conspiring to provoke violence at an Idaho LGBTQ+ pride event.

Karen Amsden, the mother of Jared Michael Boyce, told The Daily Beast that her son had struggled since his father left their family years ago and came out as gay, and she said she was going public in hopes of damaging her son's reputation in the group and finally cut ties with white nationalism.

"I would love to do whatever I can to out him [as a Patriot Front member] so that he can't be a part of it," Amsden said, "and that they don't want him to be a part of their group because his mom has loose lips and a big mouth and he's never going to get away with anything."

Amsden said her son had vowed to remain with the group after his release from jail, so she gave him an ultimatum.

Police said the 27-year-old from Springville, Utah, was among 31 masked men from various states who were spotted climbing into a U-Haul truck packed with riot gear, shields and a smoke grenade, along with an "operations plan" for a possibly violent confrontation at the parade.

An anonymous donor bailed the group members out of jail, Boyce told his mother, and he justified his actions using language that has filtered up from the QAnon fringes to Fox News prime time programming and GOP lawmakers.

"Don't believe the media, mom," Boyce said according to his mother. "We were just there because they're grooming kids."

Boyce found the group online in 2018, when he was married with his then-wife and their children, and Amsden said he quickly changed and his views became repugnant to her.

"He's so misguided and bought into all their rhetoric, it just makes me sick," Amsden said. "This is not who I raised. This is not the example that was set for him."