When all else fails to explain American violence, blame a rapper and hip-hop music

Pro-gun Republicans wasted no time blaming gun violence on rap, a tactic with a long and sordid history 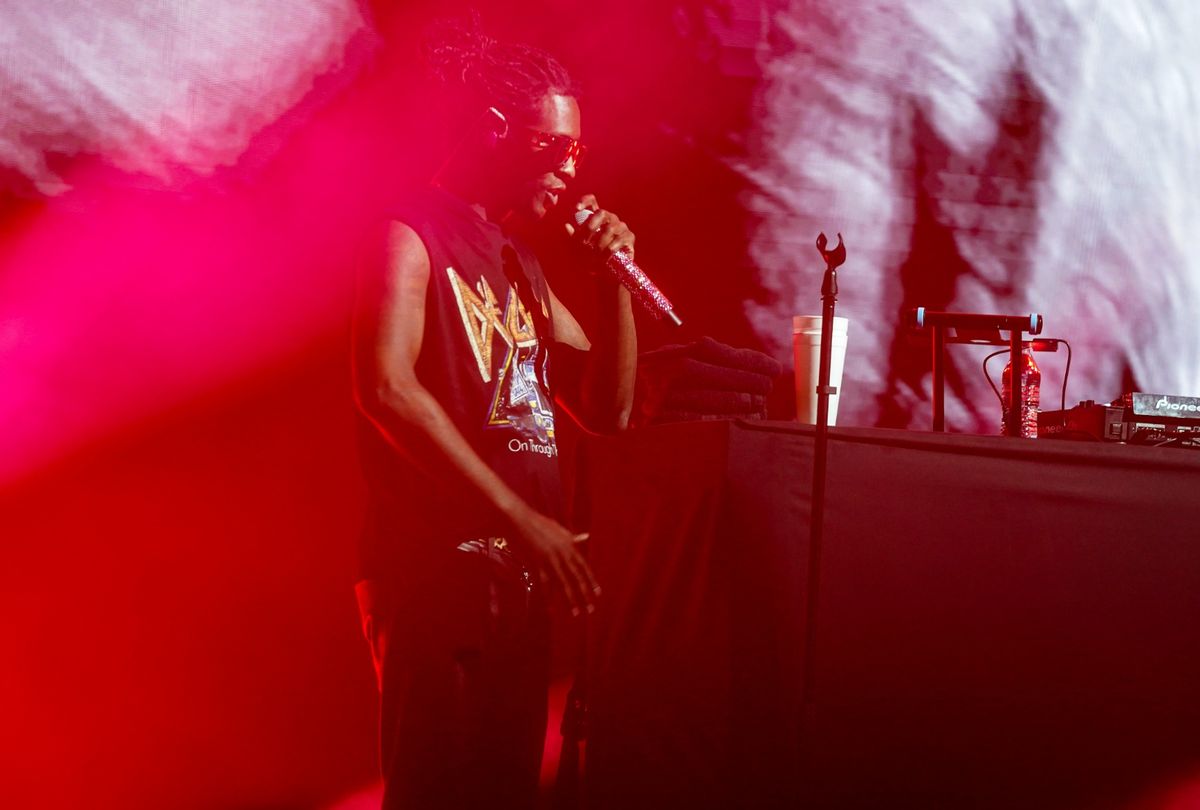 Young Thug performs onstage at 'Samsung Galaxy + Billboard' during the 2022 SXSW Conference and Festivals at Waterloo Park on March 17, 2022 in Austin, Texas. (Photo by Amy E. Price/Getty Images for SXSW)
--

The day after the May 24, 2022, mass shooting at an elementary school in Uvalde, Texas, U.S. Rep. Ronny Jackson promptly blamed the violence on rap music and video games.

"Kids are exposed to all kinds of horrible stuff nowadays," the Texas Republican told Fox News on May 25, 2022. "I think about the horrible stuff that they hear when they listen to rap music, the video games that they watch … with all of this horrible violence."

For Jackson and other critics, rap seems to explain criminal behavior and signal moral decline. In the eyes of Fulton County District Attorney Fani Willis, rap might be something else as well – evidence.

Atlanta rappers Young Thug and Gunna were among 28 defendants charged under Georgia's Racketeer Influenced and Corrupt Organizations Act in May 2022 with conspiracy and street gang activity.

They are now in jail in Atlanta awaiting trial.

In the indictment, prosecutors cite lyrics from Young Thug's songs as "overt acts in furtherance of the conspiracy."

Several tracks are quoted, including "Slatty," on which Young Thug raps: "I killed his man in front of his mama /
Like f–k lil bruh, his sister, and cousin."

Free speech has its limits.

"The First Amendment," Willis explained, "does not protect people from prosecutors using [lyrics] as evidence if it is such."

Rap has long been used to conspicuously stereotype, caricature and reinforce mythologies about Black people. As a rapper and scholar, I wrote about this scapegoating in a chapbook, "Rap & Storytellingly Invention," published with the peer-reviewed album I released in 2020.

Since the rise of hip-hop in the early 1980s, critics of rap sought to tie the music to violent crime.

One of the first targets was Run-DMC, the rappers from Queens, New York, given credit for bringing hip-hip to mainstream music and culture.

During the group's 1986 "Raising Hell" tour, police and journalists blamed its music for violence that occurred in towns it visited. At its show in Long Beach, California, gang violence in the crowd also was blamed on rap.

In the 1990s, politician and civil rights activist C. Delores Tucker became one of the most outspoken anti-rap voices, focusing her ire on Tupac Shakur and the "gangsta rap" subgenre.

The finger-pointing against rap – or some version of it – continues to this day.

The latest target is drill rap, a hip-hop subgenre that originated in Chicago and has since spread across the world.

Adams said the violence portrayed in drill rap music videos was "alarming" and that he would sit down with social media companies to try to remove the content by telling them they "have a civic and corporate responsibility."

"We pulled Trump off Twitter for what he was spewing," Adams said, "yet we are allowing music, displaying of guns, violence. We're allowing it to stay on these sites."

Similar tactics have been employed in the past to shut down drill music.

London drill rappers have been targeted since 2015 by the Metropolitan Police's Operation Domain, a joint effort with YouTube to monitor for "videos that incite violence."

It's as if politicians and police don't understand that the music emerging from these places is a reflection of crisis, not the source of it.

Despite the immense popularity of hip-hop, the culture and the music continue to be portrayed as a cultural wasteland in both subtle and explicit ways.

Worse, in my view, these harmful assumptions affect the ways ordinary people who experience tragedies are described.

The word "rapper" is used to conjure negative imagery. It leaves hollow expectations in its place, to be filled with the specter of death and the spectacle of violence. The person described by it becomes a boogeyman in the public imagination.

In the most unjust of circumstances, "rapper" has become a social shorthand for presumptions of guilt, expectations of violence and sometimes worthiness of death.

Such was the case with Willie McCoy. In 2019, the 20-year-old was killed by six policemen while he slept in his car at a Vallejo, California, Taco Bell. The officers claimed they saw a gun and tried to wake him. When McCoy moved, the officers fired 55 shots in 3.5 seconds.

While rap music appears to have had nothing to do with the tragic events of his death, descriptions of McCoy as a rapper were reported more prominently and consistently than the 55 shots police fired at him while he slept.

Even playing rap music might result in death. In 2012, a 17-year-old named Jordan Davis was shot and killed by a man who complained about the "loud" music Davis was playing in his car at a Florida gas station.

During the proceedings dubbed "the loud music trial," Michael Dunn testified that the music Davis and his friends were playing in Davis' car was "thug music" or "rap crap."

Dunn's defense depended on his victims' being viewed as thugs by association with rap.

In jail, Dunn was recorded on the phone speculating whether Davis and his friends were "gangster rappers." He claimed he'd seen YouTube videos.

In describing these tragedies, the words "rappers" and "rap music" are code for "Black" and "other," meant to elicit fear and justify violence. There's no question in my mind that they would have been perceived differently if the words "poets" or "poetry" were used instead.

Indeed, violence perpetuated by people who rap is as real any other American violence.

Young Thug, Gunna, or any other rapper accused of crimes are not exempt from accountability. But, in my view, assuming people are criminals simply because they rap – even if they rap about violence – is wrong.

Admittedly, throughout hip-hop history, rappers have constructed personas as antiheroes. Performances of masculinity, violence, intimidation, gun ownership and misogyny are meant to signal a kind of authenticity.

In her 1994 book "Outlaw Culture," bell hooks included a chapter on "gangsta rap." Hooks explained that the abhorrent behaviors scrutinized and highlighted in rappers are American values that people living and surviving here adopt.

In his December 1986 story on Run-DMC, Rolling Stone writer Ed Kiersh said out loud what many were thinking.

"To much of white America," Kiersh wrote, "rap means mayhem and bloodletting."

But those who still seek to vilify rap might do well to focus on the sources of the crisis of violence in America rather than blaming the music that reflects it.