Ted Cruz called out for "doing nothing" about gun violence 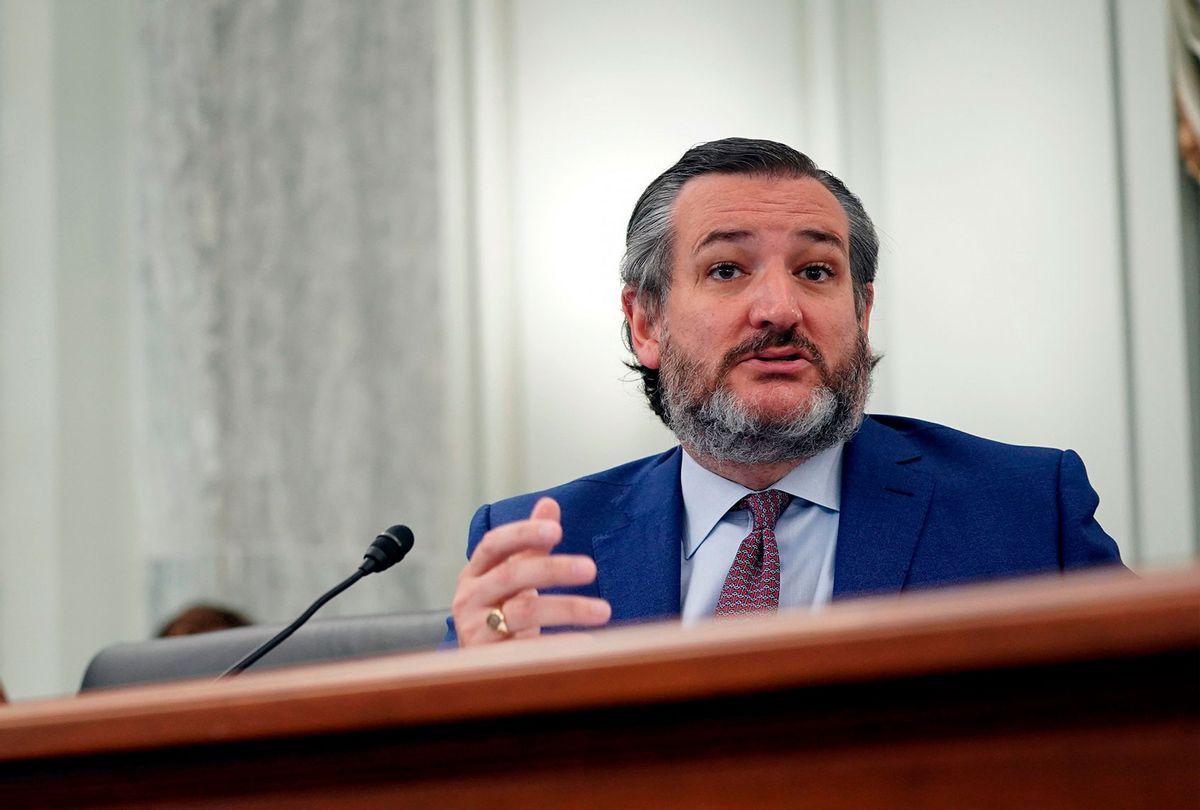 During a United States Senate Judiciary Committee hearing on Wednesday morning that was supposed to focus on exploring solutions to keep children safe from gun violence, Senator Ted Cruz (R-Texas) delivered remarks that offered nothing of the sort.

Instead, Cruz – whom OpenSecrets.org pointed out last month "has received more funding from gun rights groups than any other politician since he was elected to Congress in 2012" and "is the top recipient of political contributions from gun rights interests, drawing about $749,000 over his career" – boasted about having visited the scenes of firearm carnage.

"I was in Uvalde the day after the shooting. I've seen the agony of the parents, the teachers, the school officials, of law enforcement, the grandparents of the entire community torn to pieces," said Cruz, who attended a National Rifle Association convention in Houston the following weekend. "I was in Santa Fe within about an hour of that horrific mass murder. I was in Southerland Springs the day after that horrific shooting. I stood in that beautiful sanctuary and saw the chaos, saw the pews thrown to the side, saw the blood still pooled where innocent people had been murdered – innocent people down to an 18-month-old toddler shot and killed. I saw shattered cell phones covered in blood. I was in El Paso. I was in Midland-Odessa. I was in Dallas."

Continuing on, Cruz noted that "over and over again we have seen these horrific crimes, and whenever they happen, there is a cry that predictably comes out – a call of 'do something.'"

He claimed to "agree with that call," adding that "I agree we should do something. But I also believe that we need to do something that actually will work, that will stop the next mass murderer, that will keep people safe."

The NRA-A+-rated Cruz posted the clip to Twitter – where he reiterated his "belief" that "we need to do something" – without proposing anything, aside from previous suggestions of limiting schools to only one door and arming teachers.

Cruz was subsequently inundated with a barrage of criticism for having never put forth a viable fix, and, notably, for not once mentioning the word "gun."