Dr. Oz invests up to $715,000 in companies he blames for skyrocketing insulin costs 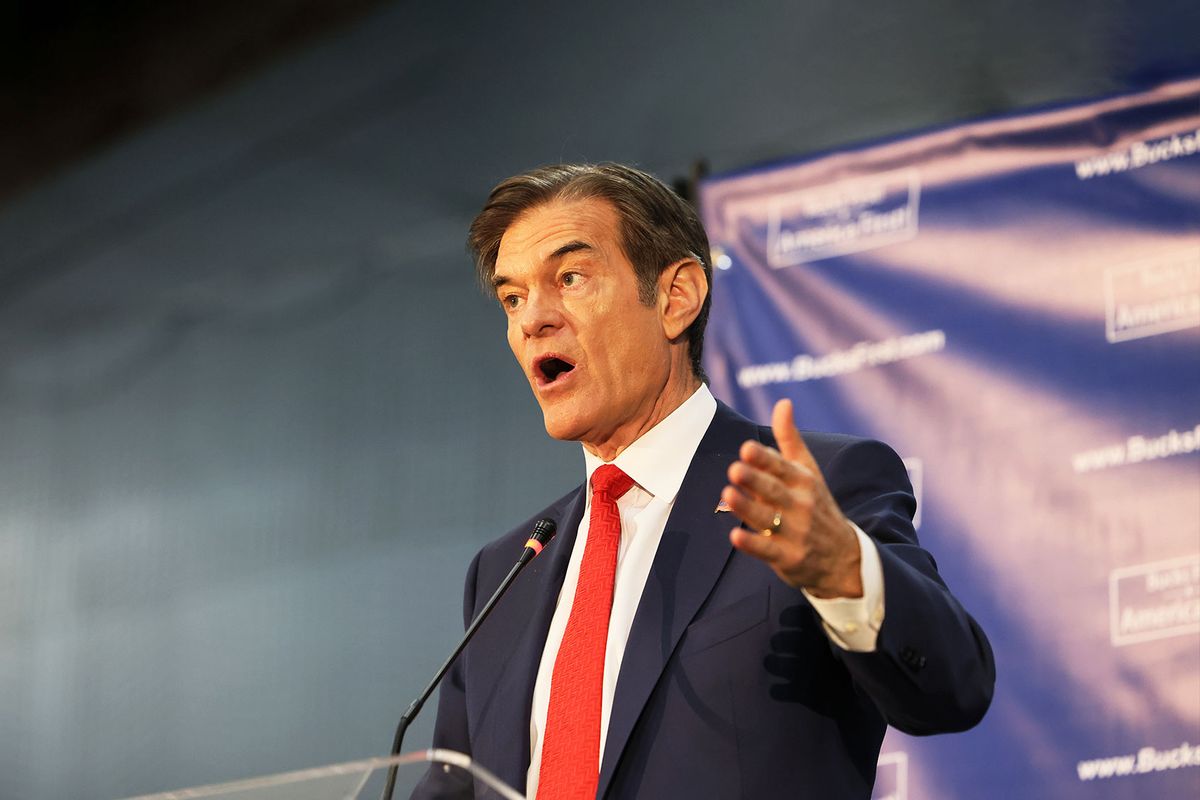 Dr. Mehmet Oz, the Republican nominee in Pennsylvania's crucial U.S. Senate race, has repeatedly criticized pharmaceutical companies blamed for the rising cost of insulin — but his recent financial disclosure shows that he has invested up to $715,000 in exactly those companies.

Prior to announcing his Senate bid, Oz repeatedly railed about the rising cost of diabetes treatment, lamenting in a Newsmax op-ed that the cost of insulin had more than tripled over the past decade.

"Globally, three companies dominate the insulin market, and all of them have raised their prices dramatically. In 1996, the original price of Humalog was $21 a vial; it is now $275," he wrote in a joint op-ed with Dr. Mike Roizen of the Cleveland Clinic Wellness Institute.

RELATED: As Big Pharma jacks up prices, Dems worry their failure will cost seats this fall

The rising cost is "forcing many people to reduce their life-saving use of insulin," the authors warned, citing a study that found that a quarter of diabetic patients had to ration doses because of the cost. "Interestingly, very few of the patients surveyed were uninsured, but their out-of-pocket costs were still prohibitively high, and so were their blood sugar levels," they wrote.

Oz hosted a segment on his long-running "Doctor Oz Show" in 2019 in which he sent an undercover reporter to investigate the rise of black-market insulin.

"Insulin prices are soaring and causing desperate families to buy the life-saving drug from strangers," he tweeted at the time, warning that "black-market diabetes medication could be putting your life at risk."

Oz, who went so far as to recommend that patients buy their insulin from Canadian pharmacies to access lower prices — a common but quasi-legal practice — also specifically blamed pharmacy benefits managers for the rising cost.

"Why have prices gone up so steeply? Experts say it's a result of inadequately designed insurance coverage in both private insurance and Medicare, and alleged price-fixing by pharmaceutical companies. Another source of trouble: the rebate system. It provides incentives for middlemen — pharmacy benefit managers such as CVS, Express Scripts, and UnitedHealth's Optum — to accept high-priced drugs and not pass available savings on to consumers," Oz and Rozien wrote in the Newsmax op-ed.

In a separate syndicated column published in 2019, the two reiterated that "a lot of the blame rests with middle-level distributors, not just Big Pharma."

But a personal financial disclosure filed by Oz's campaign in April shows that he stands to profit from investments in the exact companies he blamed for causing the price increases.

The Federal Trade Commission earlier this month launched an investigation into CVS, UnitedHealth and others over their business practices. The FTC is looking into "potentially unfair" business practices, fees and methods as well as "the impact of rebates and fees from drug manufacturers on formulary design and the costs of prescription drugs to payers and patients."

"Although many people have never heard of pharmacy benefit managers, these powerful middlemen have enormous influence over the U.S. prescription drug system," FTC Chair Lina Khan said in a statement last week. "This study will shine a light on these companies' practices and their impact on pharmacies, payers, doctors, and patients."

Arkansas Attorney General Leslie Rutledge last month filed a lawsuit against CVS, UnitedHealth, Cigna and others, accusing them of inflating prices to pad profits. The lawsuit notes that despite being on the market for decades, insulin had risen in price by more than 1,500% between 1997 and 2018.

At the moment, the drug "ranges between $300 and $700," Rutledge said in a statement. "While insulin costs hundreds of dollars to buy at the pharmacy, it costs less than $2 to produce."

"These drug manufacturers and PBMs have inflated the price of insulin and other diabetes-related medication to line their own pockets," Rutledge said. "They have endangered the lives of thousands of Arkansans and Americans, who simply cannot afford to buy this life-saving medicine. Today we begin the fight to stop this outrageous inflation of insulin pricing."

Oz's campaign did not respond to a request for comment.

"Mehmet Oz is a scammer and a fraud who will do anything to help himself," said Brad Bainum, a spokesperson for the Democratic-aligned PAC American Bridge 21st Century, "including investing in health care corporations that he admits profit from hurting Pennsylvanians by keeping insulin costs high."