Mitch McConnell vs. MAGA: Why Kimberly Guilfoyle is going after the GOP leader 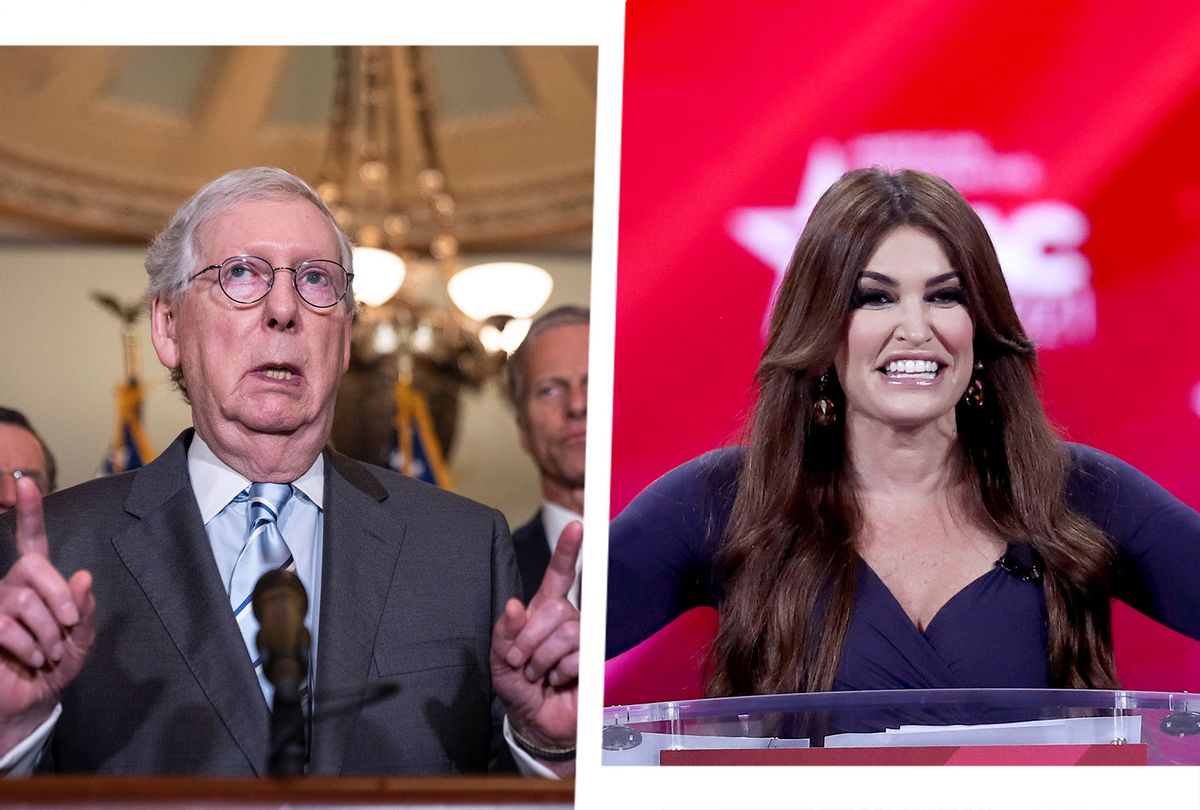 The attack came this week in an email blast by Guilfoyle, Greitens' campaign chair, who alleged that the Senate Minority Leader "made a backdoor deal to try and have [Greitens] REMOVED."

"[McConnell has] gone to unimaginable lengths to keep a MAGA warrior like Eric from winning the 1 SEAT we need to take back the 50-50 Senate," she exclaimed. "He even launched a smear campaign targeting Eric's children. When the RINO establishment employs the exact same tactics as the radical Left, enough is enough!"

Guilfoyle's remarks are the latest in a broader response to claims that Greitens subjected his ex-wife, Sheena Greitens, and their kids to physical abuse during their time together. Those abuse allegations were first levelled back in April 2020, shortly after the couple divorced.

Eric Greitens, for his part, has adamantly denied his ex-wife's account, arguing that if he had been abusive, the two would not have arranged a divorce settlement granting him joint physical custody of the children. Greitens has also alleged that his ex-wife's allegations, which were outlined in a signed affidavit, are part of a coordinated smear campaign waged by McConnell and GOP operative Karl Rove.

"I want to tell you directly, Karl Rove and Mitch McConnell," Greitens tweeted back in March. "Hear me now. You are disgusting cowards. And we are coming for you. We are no longer going to allow you to attack me and attack my kids and to destroy this country."

To support that claim, Greitens has cited a report by right-wing news site Breitbart alleging that Rove had forehand knowledge of Sheena Greitens' abuse allegations. The article also reported that Sheena Greitens' sister is employed by McConnell at the three different political consulting firms. Neither of these details clearly suggest that both McConnell and Rove mounted a coordinated attack against Eric Greitens' Senate campaign.

Both Rove and Sheena Greitens have denied conspiring against the former Missouri governor. Still, Breitbart has continued to suggest such involvement, most recently reporting on claims by Missouri Republican Rep. Billy Long that McConnell meddled in the GOP Senate primary by pressuring Long to drop out of the race.

"McConnell's efforts to get Long to drop out of the race could be an attempt to take away votes from former Missouri Gov. Eric Greitens, the frontrunner in the race," the outlet suggested. "McConnell has a vested interest in stopping Greitens candidacy as the former Missouri governor has campaigned on voting against McConnell as Republican Senate leader."

Eric Greitens is currently coming out on top in the Senate primary, according to a recent poll by The Hill and Emerson College. The Senate candidate is the only one in the race to boast double-digit support.

For the most part, the former governor has attempted to align himself with MAGA values, even though he was reportedly reluctant to back Donald Trump in the 2016 election, according to Politico. Still, Eric Greitens has not yet received an official imprimatur from the former president.