Trump told him "just do it and let the courts sort it out," Bowers told the Jan. 6 committee 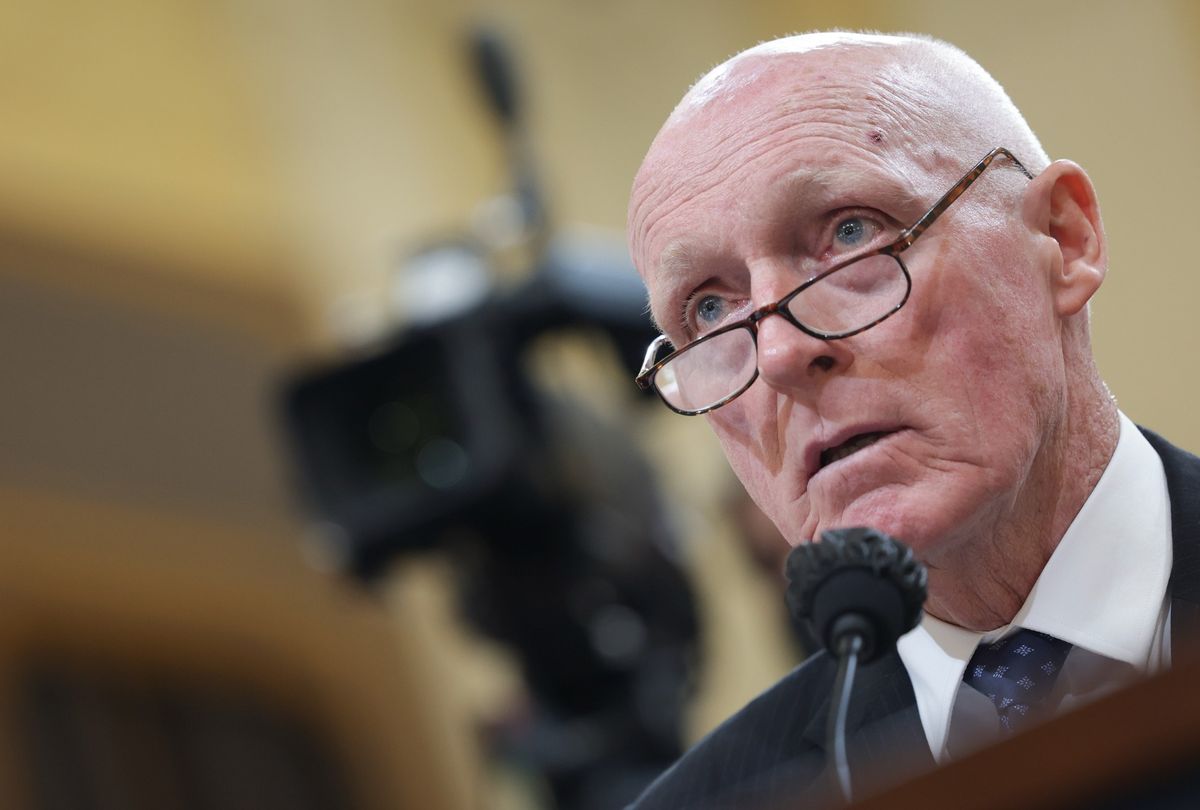 Arizona House Speaker Rusty Bowers, a Republican, recalled the White House calling him to pressure him to overturn the 2020 election for the state.

Testifying on Tuesday before the House Select Committee investigating Jan. 6 insurrection, Bowers said that he got a phone call from the White House in which the operator told him to "hold for the president." Rudy Giuliani came on the phone instead. Both he and former President Donald Trump began their pressure campaign to get him to lead a charge to change the 2020 election results.

Bowers recalled Giuliani saying that there were over 200,000 undocumented immigrants who voted and over 5,000 dead people. Bowers said he asked for the proof, for the names, and was assured he would get them, but never did.

He also explained that Trump's claim that he said the election was rigged was an outright lie.

"Anywhere, anyone, any time has said that I said the election was rigged, that would not be true," Bowers said.

"And when the former president in his statement today claimed that you told him that he won Arizona, is that also false?" asked Rep. Adam Schiff, D-Calif.

"That is also false," agreed Bowers.

Schiff went on to ask about Bowers' request for evidence to Trump and Giuliani's claims.

"He said they did have proof, and asked him do you have names? For example, we have 200,000 illegal immigrants. Some large number. 5,000 or 6,000 dead people, et cetera. I said do you have their names? Yes. Will you give them to me? Yes. The president interrupted and said give 'The man what he needs, Rudy.' He said, 'I will.' And that happened on at least two occasions, that interchange," recalled Bowers.

"And did he ever receive — did you ever receive from him that evidence either during the call, after the call, or to this day?" asked Schiff. Bowers said he never did. "What was the ask during this call? He was making these allegations of fraud, but he had something or a couple things that they wanted you to do. What were those?"

He noted that at one point Trump told him "just do it and let the courts sort it out." Trump frequently told allies that his three Supreme Court Justices would ultimately hand him the election if it went there.

The Arizona Republican also appeared to tear up at one point talking about his faith and the Constitution of the United States.

See the clip below: