"The New York law at issue in this case obviously did not stop that preparator," Justice Samuel Alito wrote 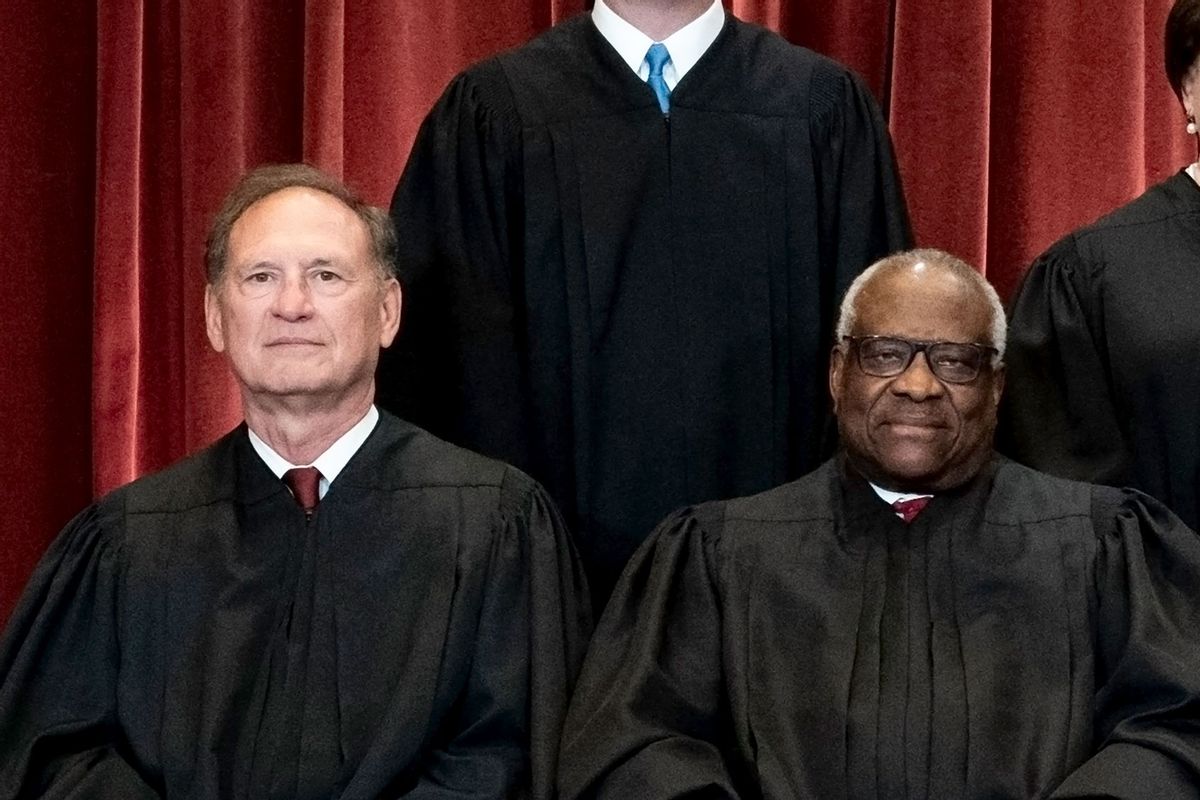 In a long-awaited decision, the Supreme Court on Thursday struck down New York state's restrictions against the concealed carry of firearms in public in a 6-3 vote.

The majority opinion, written by Clarence Thomas, finds that a New York gun law that lays down a spate of requirements for residents to publicly carry guns with them is in violation of the Constitution's Fourteenth Amendment, which says citizens have a right to equal protection under the laws. The majority ruled that New York's law was unconstitutionally "preventing law-abiding citizens with ordinary self-defense needs from exercising their Second Amendment right to keep and bear arms in public for self-defense." To acquire a license to carry, New Yorkers must have no criminal record, be over the age of 21, have "good moral character," and have "proper cause" for obtaining a gun, according to The Washington Post.

"In this case, petitioners and respondents agree that ordinary, law-abiding citizens have a similar right to carry handguns publicly for their self-defense. We too agree, and now hold, consistent with Heller and McDonald, that the Second and Fourteenth Amendments protect an individual's right to carry a handgun for self-defense outside the home," Thomas wrote. "Because the State of New York issues public-carry licenses only when an applicant demonstrates a special need for self-defense, we conclude that the State's licensing regime violates the Constitution."

As Justice Samuel Alito noted in a concurrent opinion, "The New York law at issue in this case obviously did not stop that preparatory," referring to the 18-year-old who shot and killed ten Black people and injured three others in a racially-motivated rampage at a Tops supermarket in Buffalo last month.

The court's three liberals voted to uphold the law, with Justice Stephen Breyer writing a dissent on the decision. Breyer warned that because the lines separating "may issue" and "shall issue" systems aren't always so clear,  some of the "shall issue" regulations could face successful challenges in the future.

RELATED: After Buffalo and Uvalde, America feels broken: Where do we go from here?

The case, New York State Rifle and Pistol Association v. Bruen, was originally brought by two men from Upstate New York whose license-to-carry applications were rejected by the state because they failed to meet the state's criteria for "proper cause." Both men have argued that their Second Amendment rights were violated as a result of the outcome.

Back in November, the Supreme Court held oral arguments on the case. At the time, the court's conservative majority appeared skeptical of New York's restriction. Chief Justice John Roberts expressed that U.S. citizens should not have to demonstrate why they qualify for protection under the Second Amendment, suggesting that New York's "proper cause" provision might overburden would-be gun owners.

"You don't have to say, when you're looking for a permit to speak on a street corner or whatever, that, you know, your speech is particularly important," Roberts said. "So why do you have to show in this case, convince somebody, that you're entitled to exercise your Second Amendment right?"

RELATED: A gun and a prayer: How the far right took control of Texas' response to mass shootings

Justice Brett M. Kavanaugh asked point-blank: "Why isn't it good enough to say I live in a violent area, and I want to be able to defend myself?"

The decision adds to a precedent established in the 2008 case District of Columbia v. Heller, where the Supreme Court struck down a District of Columbia law that banned handguns. However, even with the city's handgun ban made illegal, the court still left open the question of how handgun ownership and sales might be regulated on a state-by-state basis. As the late conservative Justice Antonin Scalia wrote that year, the Constitution allows for a "variety of tools for combatting that problem, including some measures regulating handguns."

The court's ruling is likely to have significant consequences for states that have public carry restrictions, including California, Hawaii, Maryland, Connecticut, Massachusetts, and New Jersey.

It comes as the nation reels from a spate of mass shootings over the past several weeks in states like Texas, Oklahoma, Pennsylvania, and New York. Last month, an 18-year-old gunman, who legally obtained a semi-atomatic rifle, murdered nineteen children and two adults in a school shooting at the Rob Elementary School in Uvalde, Texas.