Clarence Thomas: Supreme Court should strike down same-sex marriage and contraceptive rights next

"We have a duty to correct the error" 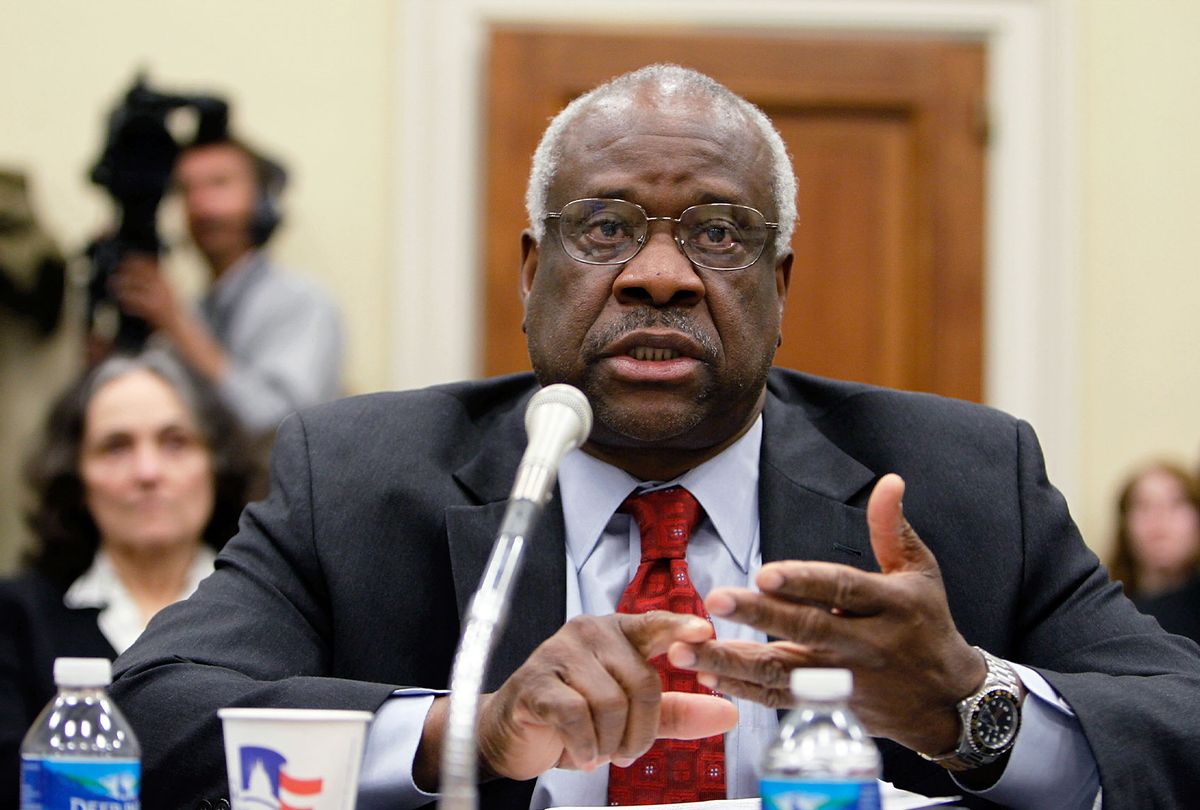 Justice Clarence Thomas on Friday confirmed some of the darkest warnings about the U.S. Supreme Court overturning Roe v. Wade.

The conservative-dominated court overturned the landmark decision that enshrined a woman's right to an abortion and said individual states can permit or restrict the procedure themselves.

"The Constitution does not confer a right to abortion; Roe and Casey are overruled; and the authority to regulate abortion is returned to the people and their elected representatives," the court said.

The right-wing court had been expected to overturn the ruling after a draft circulated showing that Justice Samuel Alito had written a decision striking down Roe in the case Dobbs v. Jackson Women's Health Organization, and many warned the court would next target other agreed-upon rights.

Thomas opened the door to that in a concurring opinion to the 6-3 ruling in Dobbs, saying the court should reconsider rulings that protect the rights to contraception, same-sex relationships and same-sex marriage.

Democrats blasted Thomas for his opinion.

"If you think the Dobbs decision doesn't affect you, think again. Justice Thomas says the quiet part out loud: he thinks the Court should revoke protections for contraceptive care, sexual intimacy, and marriage equality. This radical Court can't be trusted to protect your rights," said Rep. Jerry Nadler (D-NY) in a message posted on Twitter.

"This is the first time in our nation's history that the Supreme Court has ruled to eliminate a right that it had previously protected. As Justice Thomas states in his concurring opinion, other rights could follow," Rep. Bonnie Watson Coleman (D-NY) wrote on Twitter.