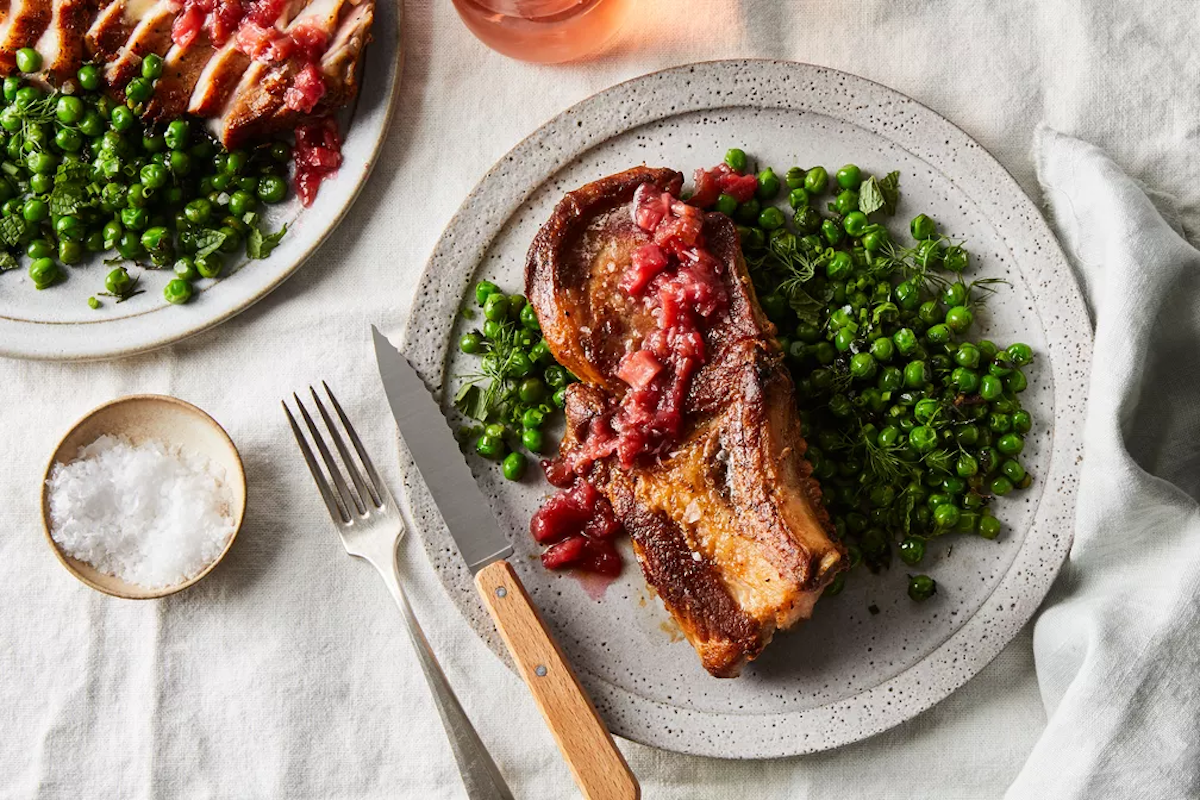 These honey and butter-glazed seared pork chops are juicy and tender and along with a tangy rhubarb sauce and herby peas make a perfectly easy-to-make meal.