No. 6 She modeled for Andy Warhol 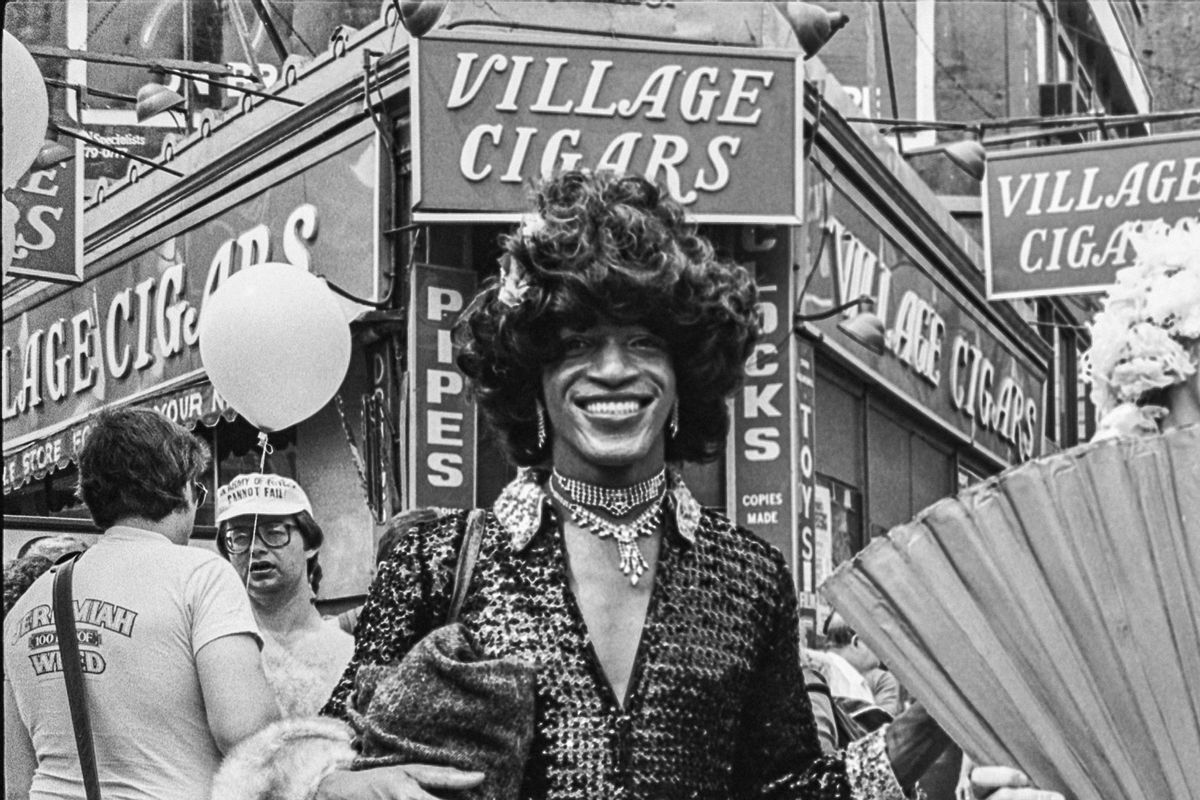 Marsha P. Johnson was a relentless advocate for gay rights, best known for her involvement in the Stonewall Uprising and tireless efforts to protect those in her community. Though she dealt with homelessness, mental health issues, and police brutality throughout her life, she managed to leave behind a legacy of positivity by establishing one of the first LGBTQ+ youth shelters and providing basic needs for anyone struggling around her. Here are eight facts about Marsha P. Johnson.

Born on August 24, 1945, Marsha P. Johnson was the fifth of seven children in a large Christian family from Elizabeth, New Jersey. Assigned male at birth, Johnson soon found a love for wearing girl's clothes, though her parents often reprimanded her for doing so. Still, she remained close with her family, and when she'd return home for holidays, she oftentimes brought displaced friends with her so they could enjoy the company of her loved ones.

2. Johnson had a stint in the Navy.

After graduating from Thomas A. Edison High School in 1963, Johnson enrolled in the U.S. Navy. Though not much is known about her time in the military, we do know she relocated to Greenwich Village afterward. As the creative queer hub of Manhattan at the time, this was where she could discover herself freely and started dressing almost exclusively in women's clothing.

3. The P stands for something important.

As part of her reinvention in New York City, Johnson renamed herself, selecting the middle initial of P for "Pay It No Mind." For Johnson, this was a life motto and a common response to relentlessly prying questions about her gender and sexuality. Before settling on the P, she identified herself as "Black Marsha." Now, a nonprofit bearing her name, The Marsha P. Johnson Institute, works to protect and defend the rights of Black transgender people.

4.  She was a key figure in the Stonewall Uprising.

On June 28, 1969, several members of the gay and trans community decided they would no longer stand for the regular and unjust police raids of The Stonewall Inn, a popular gay bar on Christopher Street in New York City, resulting in days of violence and rioting.

Johnson, who had a history of rough encounters with the police, was identified as one of the participants during the uprising, and it led her to become an important figure in the gay liberation movement in the United States moving forward. (While many people claim she threw the first brick that started the riot, she later insisted that she showed up after it began.)

5. She became a well-known activist for LGBTQ+ causes.

Early in its existence, STAR staged a sit-in to protest New York University canceling a dance led by a gay student group, causing the school to reverse its decision. Johnson and Rivera also established the first STAR House, a trailer that provided shelter for displaced members of the community. To fund the project, both Johnson and Rivera worked at night as sex workers. Johnson struggled with employment discrimination her entire life, and this was her most reliable source of income.

In the 1980s, Johnson became a member of the AIDS Coalition to Unleash Power (ACT UP), a grassroots organization dedicated to ending the disease and providing medical care for those in need.

6. She modeled for Andy Warhol.

A fixture of the downtown art scene, Johnson was well known in her time, particularly for her elaborate floral hairstyles and clunky red heels. Naturally, she caught the eye of Studio 54 aficionado and artist Andy Warhol. She modeled in a portrait series for the artist in 1975, which sold for $6250 at a Christie's auction in 2014.

7. Questions still exist about her death.

Johnson's body was found in the Hudson River on July 6, 1992, near the Christopher Street pier, which was a popular gathering place for gay and trans folks at the time. The NYPD originally ruled her death a suicide, but it was changed in 2012 to be classified as "undetermined." The NYPD has since closed the case.

Still, many of the questions surrounding her death have been left unanswered and uninvestigated by police. Various theories exist about what really happened to Johnson, with some believing it was a tragic accident and others saying she was murdered or fell into the river while being pursued. Through it all, those closest to her insist that Johnson was never suicidal. In 2017, journalist David France released the documentary The Life and Death of Marsha P. Johnson, which tackles many of these lingering questions. It's currently streaming on Netflix.

8. A waterfront park in Brooklyn is named after her.

Brooklyn's Marsha P. Johnson State Park was established in February 2020 to celebrate the local hero, making it one of the few state parks named for an LGBTQ+ trailblazer. Spanning seven acres along the East River in Williamsburg, the public space touts gorgeous views of the city and hosts free community events, like a family-friendly drag queen story hour and a game library.