When the draft leaked, Trump reportedly told people in private that a reversal of Roe will "anger suburban women" 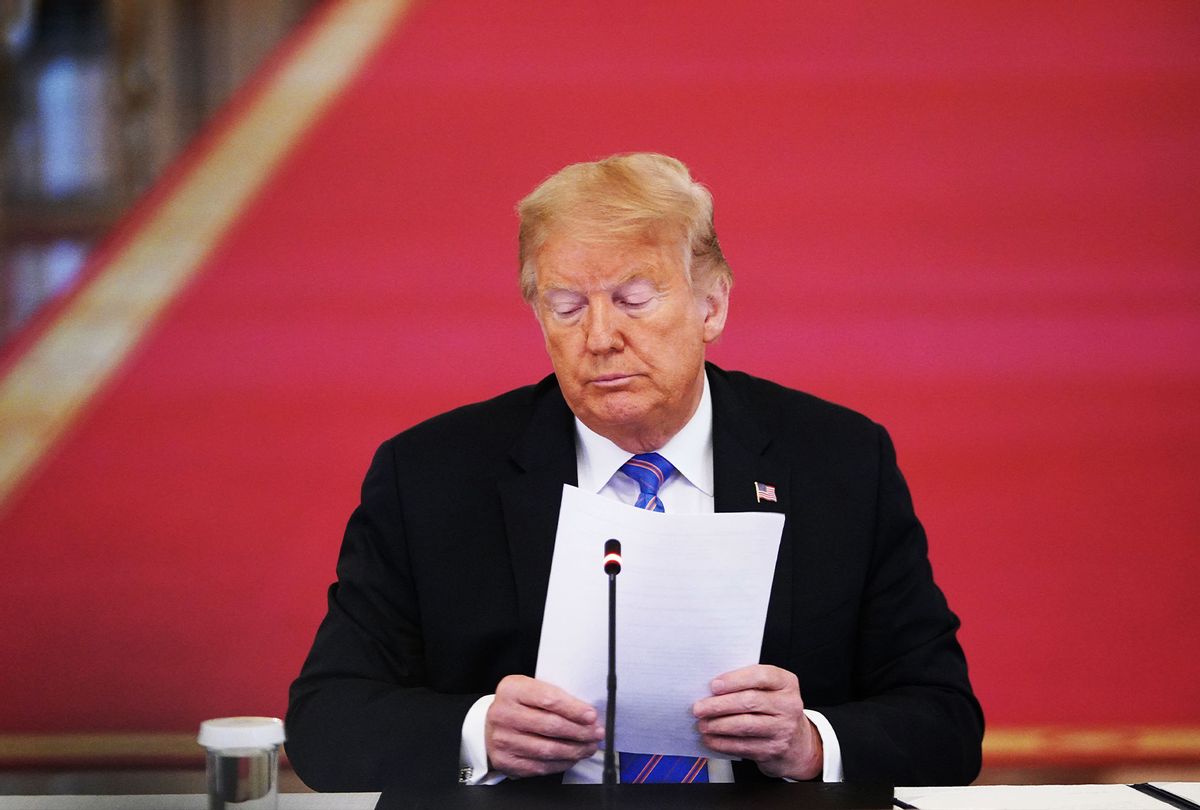 Despite the fact that he helped facilitate today's ruling by the U.S. Supreme Court that overturned Roe v. Wade, former President Donald Trump has said privately reversing the landmark ruling wouldn't be a good thing for the Republican Party, The New York Times reports.

After a draft of the coming decision was leaked in May, Trump reportedly told people repeatedly that he believes it will be "bad for Republicans."

"The decision, Mr. Trump has told friends and advisers, will anger suburban women, a group who helped tilt the 2020 presidential race to Joseph R. Biden Jr., and will lead to a backlash against Republicans in the November midterm elections," The Times reports. "In other conversations, Mr. Trump has told people that measures like the six-week abortion ban in Texas, which allows people to file lawsuits against those who enable abortions beyond that time-frame, are 'so stupid,' according to a person with direct knowledge of the discussions. The Supreme Court let the measure stand in December 2021."

In an interview with Fox News about the ruling, Trump dodged a question about the role he played and instead said "God made the decision."

"I think, in the end, this is something that will work out for everybody," Trump told Fox News.

The court's shift to the right under Trump, who appointed three new conservative justices, has Democrats, activists and progressive groups fearing its future rulings.

"Justice Thomas explicitly called to reconsider the right of marriage equality, the right of couples to make their choices on contraception," Biden said Friday.

"This is an extreme and dangerous path that the court has now taken us on."

In a sign of concern within the court itself, the three left-leaning justices who dissented from the majority also said the abortion decision "places in jeopardy other rights, from contraception to same-sex intimacy and marriage."

The court's ruling specifically addressed the fears, saying "we have stated unequivocally that '[n]othing in this opinion should be understood to cast doubt on precedents that do not concern abortion.'"

Justice Brett Kavanaugh also addressed the concerns in his concurring opinion, writing: "I emphasize what the Court today states: Overruling Roe does not mean the overruling of those precedents, and does not threaten or cast doubt on those precedents."

But that will do little to dissuade those who point to statements by some of the justices when they appointed -- including Kavanaugh -- suggesting that they would not vote to overturn Roe.