"The church is supposed to direct the government" 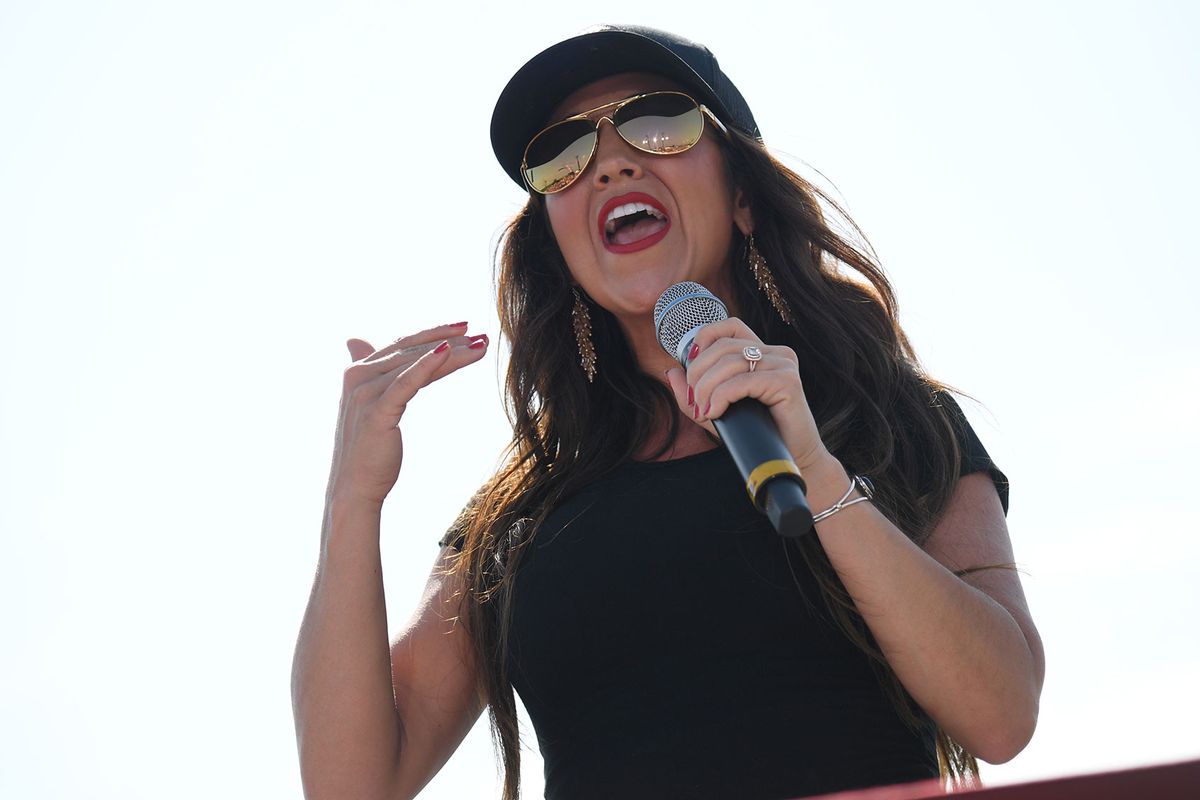 Rep. Lauren Boebert (R-CO) gives remarks during a Save America Rally with former US President Donald Trump at the Adams County Fairgrounds on June 25, 2022 in Mendon, Illinois. (Michael B. Thomas/Getty Images)
--

Far-right politician Rep. Lauren Boebert, R-Colo., won her primary by nearly 30 points on Tuesday night after calling for an end to the separation of Church and State. Boebert, who has been a steadfast supporter of right wing conspiracy group QAnon, gave a speech at the Cornerstone Christian Center in Basalt, Colo., on Sunday claiming that the constitution does not support a government free from Christian influence.

Boebert has built her political career around taking radical stances on national issues beginning with her surprising defeat of five-time incumbent Rep Scott Tipton, R-Colo., back in 2020. In her first term as a congresswoman, Boebert introduced a bill to abolish the U.S. Department of Education. Earlier this year, Boebert made national headlines when she and Rep. Marjorie Taylor Green, R-Ga., repeatedly heckled President Joe Biden during his State of the Union address.

Now making national news again, the video of Boebert's speech has gone viral, having been shared on Twitter over 770,000 times.

Her speech falls in line with an overall push from the Republican Party, most notably by the conservative-dominated Supreme Court, to chip away at the Constitution's Establishment Clause.

"I'm tired of this separation of church and state junk — that's not in the Constitution. It was in a stinking letter, and it means nothing like they say it does," Boebert said in her Sunday speech.

While many cite the Constitution's First Amendment stating that "Congress shall make no law respecting an establishment of religion, or prohibiting the free exercise thereof" as grounds for separation of church and state, Boebert is among the group of right-wing individuals that disputes this interpretation.

The letter that Boebert is referring to is a private note written by Thomas Jefferson to the Danbury Baptist Association in Connecticut in 1802 in which he states that "religion is a matter which lies solely between Man & his God" and that the American people have chosen to build a "wall of separation between Church & State."

In accordance with Boebert's understanding of the non-constitutional origins of the separation between church and state, the Supreme court ruled earlier this month that Maine cannot prohibit religiously affiliated schools from participating in a taxpayer-funded tuition program.

In May, the Supreme Court again ruled in favor of the church, stating that the Boston City Council had acted unconstitutionally when they prohibited a Christian organization from hanging their flag in the city hall.

And while Friday's Dobbs v. Jackson Women's Health Organization ruling does not mention religion as grounds for the verdict, many conservatives attribute their anti-abortion political beliefs to the Bible. Referring to the overturning of Roe v. Wade, Boebert applauded members of the Church for fighting against abortion. "Look at what happened this week. This is the fruit of your labor, of your votes and of your prayers – this is your harvest," she said.