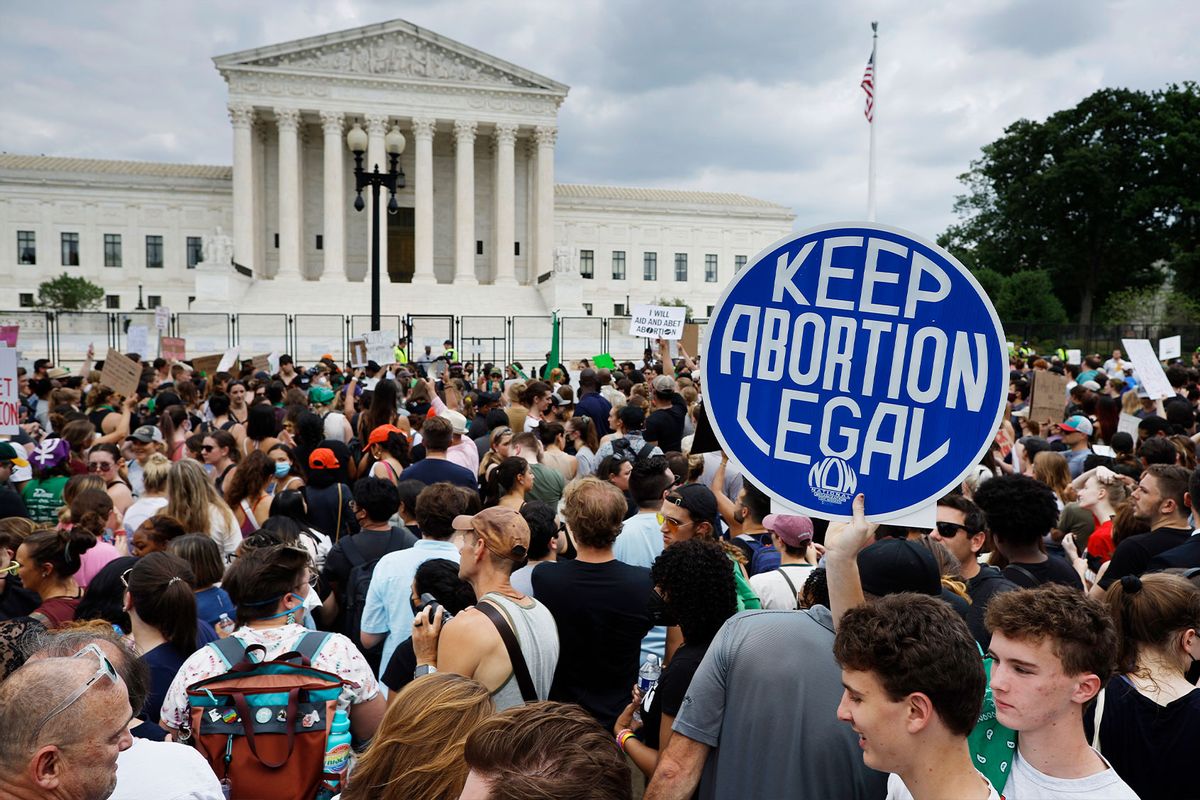 Thousands of abortion-rights activists gather in front of the U.S. Supreme Court after the Court announced a ruling in the Dobbs v Jackson Women's Health Organization case on June 24, 2022 in Washington, DC. (Chip Somodevilla/Getty Images)
--

According to a Yahoo/News Gov poll released just this week, 45% of U.S. voters say they'd now vote for a Democratic congressional candidate, while roughly 38% meanwhile said they'd vote Republican – a 7% gap that has reportedly doubled since last week.

Those findings were affirmed in another poll, conducted this week by NPR/PBS NewsHour/Marist, which similarly observed a 7% gap –  48% for Democrats and 41% for Republicans. That gap has reportedly widened by 2% since last week.

Morning Consult likewise found a 3% gap, with 45% of the electorate saying they'd vote for a Democrat and 42% for a Republican. Last week, support for the two parties was equal.

All of these findings appear to validate concerns amongst some Republicans that the Supreme Court's ruling would activate Democratic voters in the coming midterms.

This week, over a dozen Republican strategists and party officials told Politico that the decision could spell electoral defeats for the party, when the GOP's platform has mostly involved critiquing the Biden agenda.

While Donald Trump publicly took credit for the decision – three out of the court's nine justices are his own appointees – the former president is also reportedly not pleased with the timing of the ruling.

"He keeps shitting all over his greatest accomplishment. When you speak to him, it's the response of someone fearing the backlash and fearing the politics of what happens when conservatives actually get what they want [on abortion]," one source told the outlet. "I do not think he's enjoying the moment as much as many of his supporters are, to be honest with you."

Although indicates that the ruling on Roe might spur greater Democratic turnout, Democrats have historically ranked abortion relatively low on their list of policy priorities, rendering the potential electoral impact of the ruling unclear.