GOP candidate goes off on Fox News for questioning her: "Thought you were a little better than CNN" 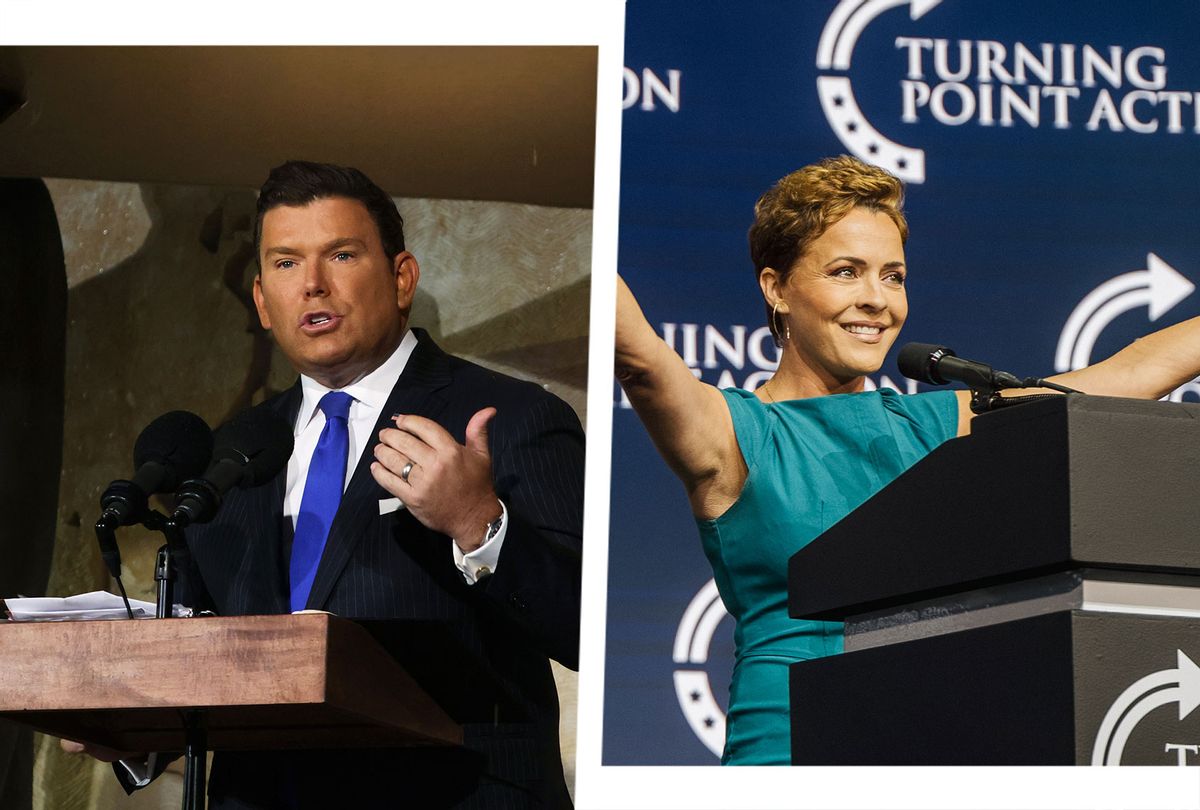 Arizona GOP gubernatorial candidate Kari Lake, who has said that drag queens are a danger to children, threw an on-air tantrum on Monday after being asked by Fox News host Bret Baier about her decades-long relationship with a drag queen.

The interview started with Baier casting doubt over Lake's widely-debunked claim that Donald Trump lost the 2020 presidential election by dint of widespread voter fraud. Baier specifically asked the gubernatorial hopeful to respond to footage of a recent January 6 hearing in which the Arizona House Speaker Rusty Bowers affirmed that there was no fraud to speak of.

"He is a Republican," Baier said. "He is a Trump supporter. And that's what he said."

RELATED: GOP candidate says "back the blue" — but campaigns with felon who plotted to kill an FBI informant

"He is a RINO," Lake shot back, suggesting that Bowers was a Republican in name only. "And he hopefully will be defeated. He is an absolute RINO."

"I understand what you are saying," Baier responded. "But there have been, as you know, more than 70 court cases where there was not evidence and there was not any state legislature or governor that failed to certify an election, including your own Republican [Governor] Doug Ducey."

Lake then proceeded to claim that the GOP has not had any legitimate evidence until now.

Later in the interview, Baier pivoted to the subject of Lake's relationship with Richard Stevens, also known as Barbra Seville, citing an article by The Washington Post, which reported that Lake attended Stevens' shows for more than a decade.

"I actually do care to address that," Lake responded, visibly enraged. "But I'm really shocked. I'm actually appalled that Fox News would take a defamatory story like that – and we are pursuing legal action against this drag queen – I'm appalled that you would bring that up when you have not talked about our stolen election."

Lake specifically claimed that she has served Stevens with "defamation papers." But according to MeidasTouch, the Republican has only sent the performer a cease-and-desist letter.

Later in the interview, Lake claimed that she was "disappointed in Fox," the network that once Trumpeted the former president's election conspiracy theory but now appears to be backing away from it.

"I thought you were a little better than CNN," she added.

Lake, a former television journalist, has called for the imprisonment of Arizona Secretary of State Katie Hobb as well as unspecified writers who, by her account, told lies about the 2020 election.