“I feel like this is only going to make mothers feel more stressed," one mom told Salon 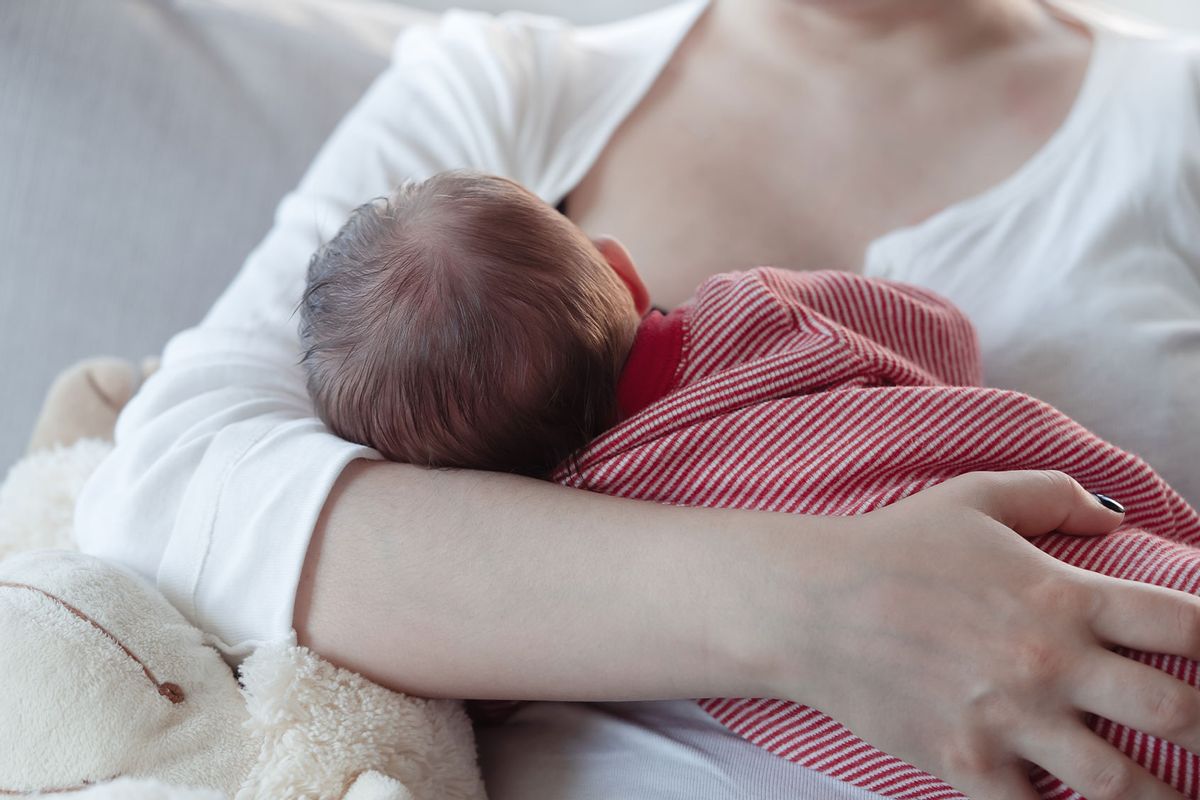 Earlier this week, amid a nationwide baby formula shortage, the American Academy of Pediatrics (AAP) updated its policy statement on breastfeeding.

In its change in recommendation, the organization stated that it supports breastfeeding for two years or more "as mutually desired by mother and child." Previously, the organization said it supported breastfeeding for one year. The policy statement hadn't been updated since 2012. The extension on the recommended time to breastfeed, the AAP said, was prompted by the need for a routine update and to stay on top of new research.

"There are continued benefits from breastfeeding beyond 1 year, and up to 2 years especially in the mother," the AAP stated in a press release. "Long-term breastfeeding is associated with protections against diabetes, high blood pressure, and cancers of the breast and ovaries."

"We really wanted to emphasize the fact that we're recommending continued breastfeeding until mutually desired, so really desired by mother and baby," Feldman-Winter said. "And pave the way so for those who do choose to breastfeed and reap the benefits after a year."

The update has been viewed by some parents as a bit out of touch with the current moment and barriers parents face in America.

While the policy emphasized that lactating people face many barriers to breastfeeding in the U.S., the update has been viewed by some parents as a bit out of touch with the current moment and barriers parents face in America.

Amid a nationwide baby formula shortage, many parents are spending their days desperately scouring Facebook groups for formula-dealers or buying breast milk on online platforms— sometimes getting scammed in the process. At the same time, the lack of baby formula on shelves has resurfaced a national conversation around breastfeeding. The proposed response to the baby formula shortage from some people has been "Why don't you just breastfeed?," once again highlighting the lack of general concern and awareness of the barriers lactating people face in an attempt to breastfeed. From unsupportive work policies to a lack of parental leave or privacy in public spaces to the sheer time commitment, breastfeeding is not an option for many. An estimated 35 percent of infants are breastfed until one year in the United States.

"To be quite frank, the new recommendations caught me by surprise," Samantha Brandon, a pharmacist and mother of a 20 month old and 3 year old, told Salon via email. "I can't help but feel some disappointment and resentment that women have been given yet another unrealistic expectation to leave us feeling inadequate as mothers and working individuals during the most vulnerable moments in our lives."

Chrissy Holm, who has a 19-month old baby, agreed.

"This new policy statement puts an unnecessary pressure on parents," Holm said via email. "Though my background is in public health and I understand the importance of the first years of life, I still don't think this is feasible for many in American society; in addition to the baby formula shortage, access to care and support needs to be increased for families with babies, especially for underrepresented communities."

Brooke Cavalla, who runs the blog Struggles of a Fit Mom, told Salon via email she fears that for people who are unable to breastfeed, the recommended extension can do "more harm than good."

"I feel like this is only going to make mothers feel more stressed, leading to more postpartum mental health issues in postpartum moms," Cavalla said. "While breastfeeding and breast milk have numerous benefits for both mother and baby, we need to be careful how we convey this message so as not to put more pressure on vulnerable postpartum moms."

Lauren Fritsky, who has a 5 and 8-year-old, told Salon via email that she switched to formula because of the challenges she faced while breastfeeding.

"I made so little milk and could not keep up with the schedule of breastfeeding, bottle feeding and then pumping, and worked in an office," Fritsky said. "It feels a bit like yet another way to lob more guilt on mothers; now, there will be the thought that you are 'less than' if you do not breastfeed for the recommended two years."

"Most people I know who have given birth set the breastfeeding goal post at a year, and that is hard enough to accomplish."

"Most people I know who have given birth set the breastfeeding goal post at a year, and that is hard enough to accomplish," Fritsky said.

When asked what the AAP would say to parents who are frustrated about the update, Feldman-Winter told Salon the organization "completely understands the frustration."

"We don't have a system that really supports the work of women," Feldman-Winter said. "We understand that there's a lot of frustration, that they may feel pressure because of that statement, and that's why we preceded that pause with 'as long as mutually desired,' recognizing that it's not desired by all and that it's not even practical because of all of the constraints."

Meanwhile, some parents are happy about the recommendation.

"Like many breastfeeding mothers of toddlers, I've received unsolicited feedback from people who questioned why I was still breastfeeding my 1 year old," Crystal King, the founder of Amazing Baby, told Salon via email. "It made me feel like I was making a poor parenting choice, even though the research stated otherwise."

King said she would time outings to avoid having to breastfeed her one-year-old and be stared at in public.

"We need to normalize breastfeeding in public in the U.S., beyond the walls of our breastfeeding support groups," King said. Then, and only then, will it pave the way to make the ask of extended breastfeeding, a little less scary and a lot more realistic."