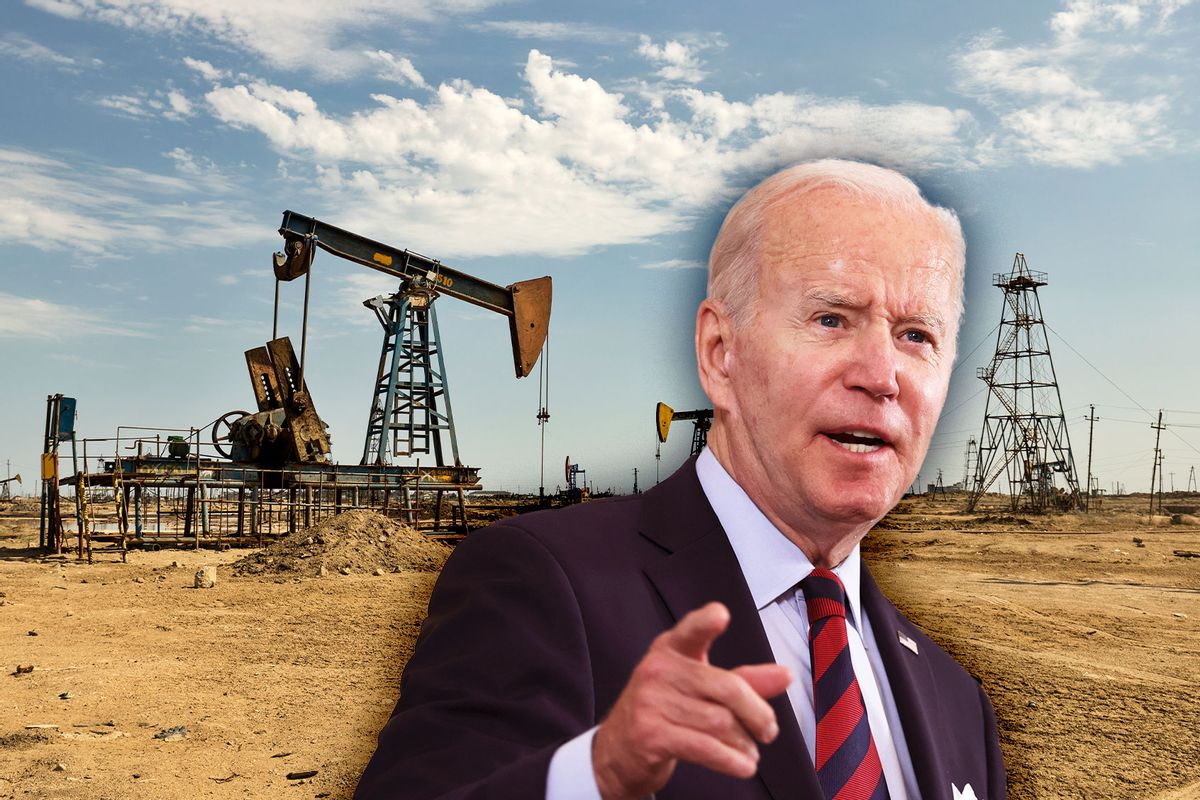 Late Friday, just before the start of the July 4 holiday weekend, the Biden administration published a draft proposal that could allow new oil and gas drilling in federal waters off the coast of Alaska and in the Gulf of Mexico, a move that environmentalists warned would further endanger marine life and exacerbate the climate crisis.

If implemented, the plan released by the Interior Department would permit up to 11 new oil lease sales over a five-year period, adding to the significant lease sales that have already taken place under the Biden administration despite the president's campaign promise to ban all "new oil and gas permitting on public lands and waters."

The proposal in its current form would bar all new offshore drilling in the Atlantic and Pacific oceans.

Recent research estimates that fossil fuel extraction on public lands and waters is driving roughly a quarter of all U.S. carbon dioxide emissions.

"The new draft five-year leasing plan is a stark betrayal of President Biden's climate promises and the communities who will suffer the brunt of this drilling," said Collin Rees, the United States program manager at Oil Change International. "We can't transition away from fossil fuels by locking in five more years of deadly extraction, and Biden can't claim to care about environmental justice while forcing oil and gas projects on already burdened communities."

"This is the third time since November the Biden administration has announced new oil and gas leasing plans on the Friday before a holiday," Rees noted. "They're ashamed, and they should be. Biden is choosing to stand with Big Oil and Gas rather than the voters who elected him and who overwhelming want a swift transition to renewable energy."

If administration officials were hoping to dampen backlash by dropping the new draft plan Friday evening, they were surely disappointed as leading climate organizations and Democratic lawmakers roundly panned the proposal, which came just a day after the U.S. Supreme Court sharply curtailed the federal government's authority to regulate power-plant emissions.

"Holding any new offshore oil and gas lease sales over the next five years is a lose-lose for Americans," Rep. Raúl Grijalva (D-Ariz.), chair of the House Natural Resources Committee, said in a scathing response. "It will do nothing to help lower prices at the pump, and it will make our emissions goals virtually impossible to achieve."

"Adding any new lease sales to that equation while the climate crisis is unfolding all around us is nonsensical," Grijalva added.

Despite repeatedly promising to treat the climate crisis as an existential emergency, the Biden administration approved more permits for oil and gas drilling on public lands during its first year than its predecessor.

The administration is currently facing lobbying from the fossil fuel industry, Republican lawmakers, and right-wing Democrats to ramp up domestic production as major oil companies exploit Russia's war on Ukraine to drive up prices at the pump, boosting their bottom lines at the expense of U.S. consumers.

"Our allies across the free world are in desperate need of American oil and gas," declared Manchin, who has obstructed his party's renewable energy proposals. "I am disappointed to see that 'zero' lease sales is even an option on the table."

Just this past week, the Washington Post notes, the Interior Department's Bureau of Land Management "netted $22 million by offering about 130,000 acres for drilling across seven states." Environmental groups are taking legal action in an attempt to stop the administration from moving ahead with the sales.

"President Biden has called the climate crisis the existential threat of our time, but the administration continues to pursue policies that will only make it worse," said Wenonah Hauter, executive director of Food & Water Watch. "In an attempt to score short term political points, this plan sacrifices communities in the Gulf of Mexico and Alaska to years of toxic pollution and climate disasters."

"The oil and gas giants are cynically exploiting runaway gas prices to press for more drilling," Hauter warned. "President Biden campaigned on a pledge to stop new oil and gas drilling on federal land and waters, and so far he has fallen well short of that goal. It is now up to climate and environmental justice activists to push for a stronger plan that protects our coasts, our water, and our climate future."