Texas is clamping down on Roe reversal 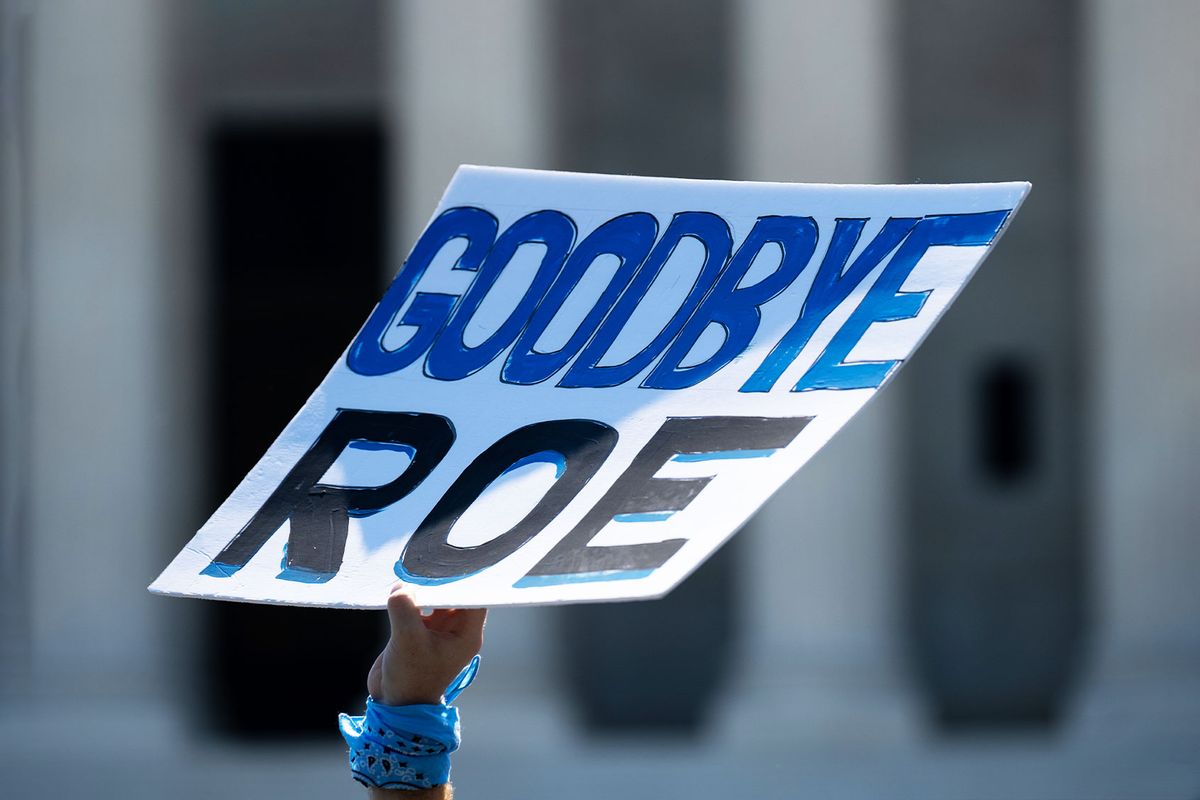 Pro-life activists protest outside of the U.S. Supreme Court as they wait for the court to hand down its decision to overturn Roe v. Wade on Monday morning, June 13, 2022 (Bill Clark/CQ-Roll Call, Inc via Getty Images)
--

The conservative-dominated Texas Supreme Court late Friday allowed a nearly century-old abortion ban to take effect, blocking a lower court order that had temporarily allowed the state's clinics to continue offering the procedure without the threat of legal retribution and financial penalties.

As the Texas Tribune reports, the 1925 law "made performing an abortion, by any method, punishable by two to 10 years in prison." The Texas Supreme Court's order Friday, which rolled back an injunction secured just days earlier by the ACLU, only allows for civil enforcement of the law as litigation continues. A hearing in the case is scheduled for July 12.

"The Texas Supreme Court blocked our injunction, allowing a total abortion ban originally passed in 1925 to be enforced," the ACLU said late Friday. "This law has already forced countless people to carry pregnancies against their will. Abortion is our right—no matter what the courts say."

In an advisory released after the U.S. Supreme Court overturned Roe v. Wade late last month, Texas' Republican Attorney General Ken Paxton noted that the 1925 law was never reversed by the state's legislature, even after the 1973 Roe decision rendered it unconstitutional.

"Under these pre-Roe statutes, abortion providers could be criminally liable for providing abortions," wrote Paxton, who appealed to the Texas Supreme Court to revoke the Harris County judge's order that blocked the 1925 law.

The 1925 ban is just one of several anti-abortion laws on the books in Texas.

In September, a law that bans abortions after six weeks of pregnancy and deputizes private citizens to enforce it took effect. And in the coming weeks, the state's "trigger ban"—which outlaws abortion from the moment of fertilization—is set to become active thanks to the U.S. Supreme Court's decision in Dobbs v. Jackson Women's Health Organization.

"These laws are confusing, unnecessary, and cruel," said Marc Hearron, senior counsel at the Center for Reproductive Rights. "Texas' trigger ban is not scheduled to take effect for another two months, if not longer. This law from nearly one hundred years ago is banning essential healthcare prematurely, despite clearly being long repealed."

Julia Kaye, staff attorney with the ACLU's Reproductive Freedom Project, warned Friday that "extremist politicians are on a crusade to force Texans into pregnancy and childbirth against their will, no matter how devastating the consequences."

"We won't stop fighting to ensure that as many people as possible, for as long as possible, can access the essential reproductive healthcare they need," said Kaye.

The ACLU, Planned Parenthood, and the Center for Reproductive Rights are among the organizations working through the courts to delay the enforcement of or completely block state-level abortion bans, which could have devastating health and economic impacts on pregnant people across the country.

Thus far, the groups have succeeded in temporarily halting abortion bans in several states, including Utah, Kentucky, and Louisiana. More than half of all U.S. states are expected to pursue total abortion bans in the wake of the Supreme Court's decision.

"The effect of last week's ruling has been swift and severe, with abortion services stopping immediately in many states," said Nancy Northup, president and CEO of the Center for Reproductive Rights. "We are seeing the start of a public health crisis that will engulf the nation. But we knew this outcome was possible, and we have been preparing for this moment."

"Our immediate priority is to preserve access in every state for as long as we can," Northup added. "Every day and hour that a clinic can stay open is a victory for the patients in the waiting room. We have already seen abortion services restored in four states as a result of our collective legal efforts, and there will be more cases filed in the days to come. The clinics we represent are working non-stop to help as many patients as possible for as long as they can."