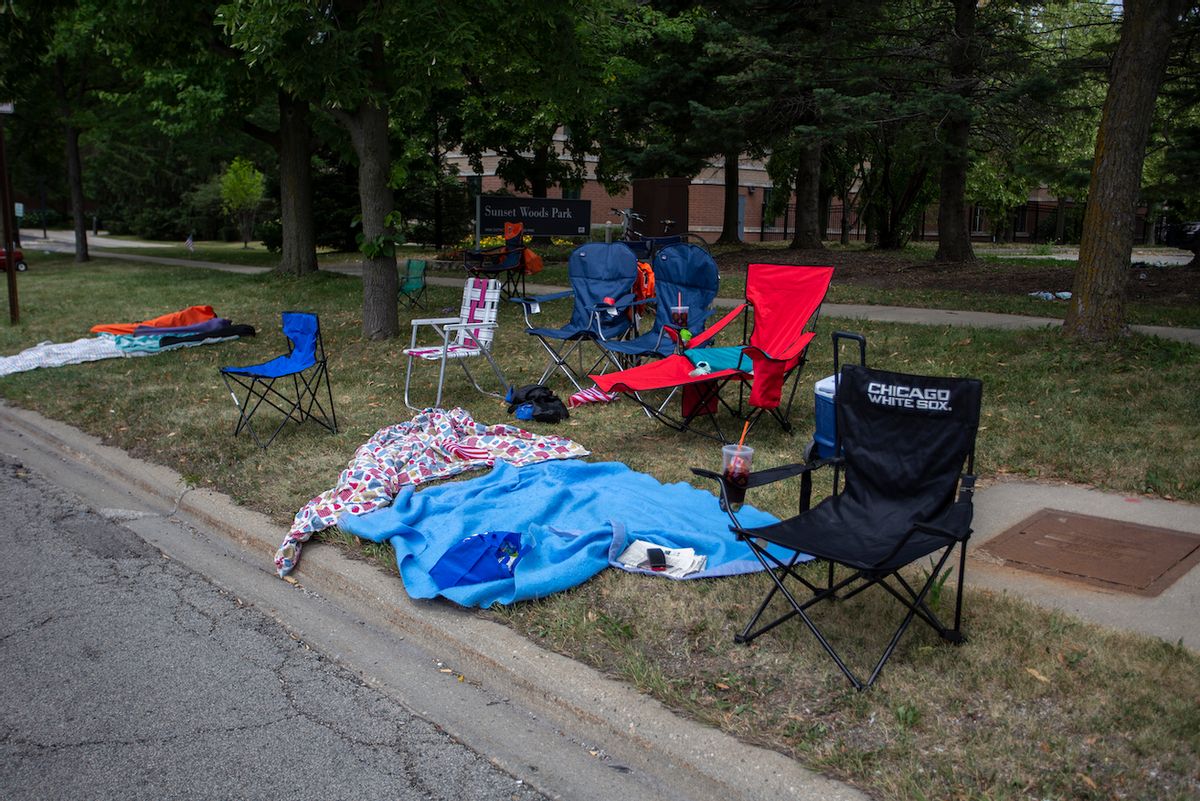 Chairs and blankets are left abandoned after a shooting at a Fourth of July parade on July 4, 2022 in Highland Park, Illinois. (Jim Vondruska/Getty Images)
--

Panicked children and adults ran for their lives Monday as at least six people were killed and dozens more were wounded in a mass shooting that took place during a Fourth of July parade in the Chicago suburb of Highland Park.

"We have an active shooter situation in Highland Park, at their parade. It's been reported that there've been nine people shot," Illinois Gov. J.B. Pritzker said. "I've been in touch with our state police, who are backing up local police and hoping to keep the crowd safe there."

Highland Park resident Miles Zaremski told the paper: "I heard 20 to 25 shots, which were in rapid succession. So it couldn't have been just a handgun or a shotgun."

CBS Chicago digital producer Elyssa Kaufman, who was watching the parade with her family, said that "everyone was running, hiding and screaming."

"It was extremely terrifying," she added. "It was very scary. We are very fortunate, we got out very quickly."

"Another horrifying day in America," tweeted anti-poverty activist Joe Sanberg. "We must do everything we can to end gun violence."

Democratic Kentucky U.S. Senate candidate Charles Booker tweeted that "freedom to die at a holiday parade is not freedom," while Ohio progressive Nina Turner asked, "What freedom do we have if we fear being gunned down at a parade?"