The trick is to start early and continue often 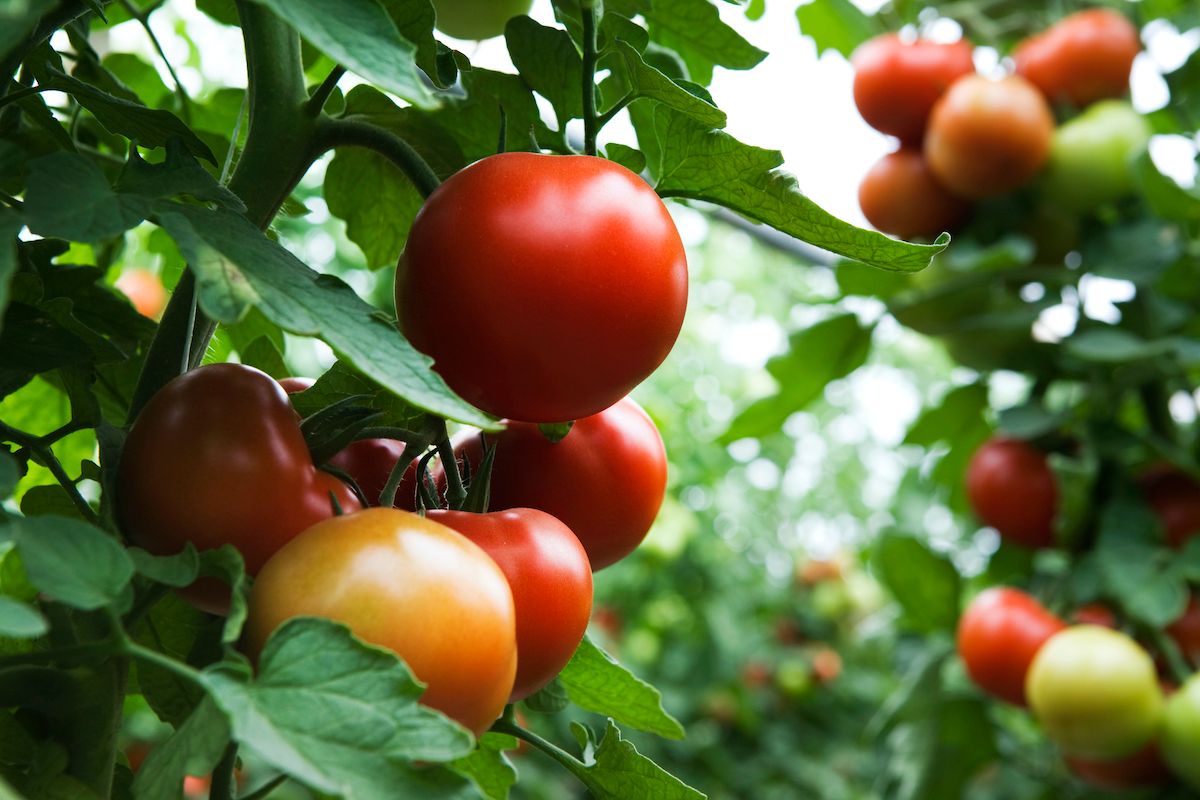 You can Grow Your Own Way. All spring and summer, we're playing in the vegetable garden; join us for step-by-step guides, highly recommended tools, backyard tours, juicy-ripe recipes, and then some. Let's get our hands dirty.

One of the first things I learned when I started growing vegetables was that pruning your tomato plants is among the three most important tasks for a successful gardening season (the other two being watering and fertilizing). Tomatoes grow so quickly and vigorously that they can become outright overwhelming if you neglect pruning.

When you buy tomato seedlings or seeds, always check whether the variety is determinate or indeterminate. Small, compact, or dwarf varieties (for container-growing) such as Celebrity or Glacier varieties are usually determinate tomatoes, which only grow to a certain size and develop all of their fruit at one time. Pruning these is not necessary. However, the majority of tomatoes, including Beefsteak, Brandywine, as well as most heirloom tomatoes, are indeterminate varieties that not only need regular pruning, but benefit from it.

Why you should prune your tomato plants

Indeterminate tomatoes need pruning for several reasons. If you let the plant grow in an uncontrolled way, it will put all its energy into growing foliage instead of fruit (and if you do get fruit, it will be much smaller). You'll end up with a jungle, very little sunlight and air flow within the plant, and will be encouraging the spread of plant diseases. Confining the plant in a tomato cage makes it worse — the wet foliage of tomatoes is highly susceptible to fungi (that's why you are supposed to water tomato plants from the base and not from above) and the thicker and denser the foliage, the longer it will take to dry out.

Also, an unpruned tomato plant is almost impossible to support and tie to its stake — and will invariably collapse. The stake you put at planting time should be very robust, such as a steel fence post, or 1-inch by 1-inch wooden stake with an installed height of five feet. You can also build a cage trellis, or use a readymade trellis, as long as it is large enough to accommodate a mature tomato plant and you keep pruning the plant.

What you need for pruning tomatoes

While you can pinch off smaller side shoots with your fingers, it's best to use sharp shears or scissors for larger shoots because you are less likely to rip off part of the main stem. Remember: every little injury can be an entry point for plant disease and insects.

Tomato leaves and stems can also trigger allergic reactions, such as itching, burning, and redness. If you are sensitive, try not to touch the plant with your bare hands at all. I get such a rash from tomato foliage that in addition to using pruners, I wear gloves and long sleeves when tending to the plants.

It's also a good idea to sanitize your tools with a 10% bleach solution (one-part bleach to nine-parts water) so you don't spread diseases from one plant to another. I do this more towards mid-summer when devastating tomato diseases such as blight make the rounds, but if you want to play it safe, have a bottle with the bleach solution and a clean rag available so you can wipe the blade as needed.

Lastly, make sure to have heavy cotton twine ready so you can tie branches to your supporting stakes or trellis while you are pruning.

Early-season pruning: Get those suckers

After you have planted your tomatoes, you will soon see side shoots growing in the angle between the main stem of the tomato plant and a branch (looking like a 'v'). These are called suckers and they are the ones you are after. Ideally, you remove them when they are still tiny, so you need to keep a close watch to catch them early, and remove them regardless of their size. Very small ones can be pinched off with your (gloved) thumb and index finger, while larger ones that are over two-inches long should be cut with pruners.

The earlier and the more frequently you prune out the suckers, the better. If you wait until the suckers have grown into large side branches, and you remove a lot of foliage at once, it can stress the plant. Also, the cuts will be much bigger, leaving larger surfaces for diseases and insects to attack.

Branches that are touching the ground should either be tied to lift them up (because contact with the soil can transmit bacteria, fungi, and viruses to the plant), or they need to be pruned. Also, remove any leaves touching the ground. Keep pruning the plant this way every few days, and at least twice a week.

At some point in the summer, even if you have diligently tended to your tomato plants, they will look a bit unruly because it is difficult to catch all the suckers as the plant continues to grow. That's perfectly alright but there is still some pruning you can do to maximize the ripening of the remaining tomatoes on the plant.

Pruning tomato plants late in the season should be more aggressive than early-season pruning: your aim is to improve airflow and let more sunlight in. All branches that have no tomatoes or flowers on them, or just a few, are fair game. If it's late in the season, you can also remove any branches with flowers that are unlikely to develop into mature fruit by the time the first fall frost hits in your area, which is the unofficial end of tomato season.

When pruning late in the season, sanitizing your pruning tool is crucial because the likelihood of diseases is much higher. To prevent the spread of diseases, it is also very important to remove any of the pruned plant parts out of your garden for disposal in the trash — and not in your compost.