Legal experts: Lindsey Graham can try to avoid Georgia's subpoena — but he is still screwed 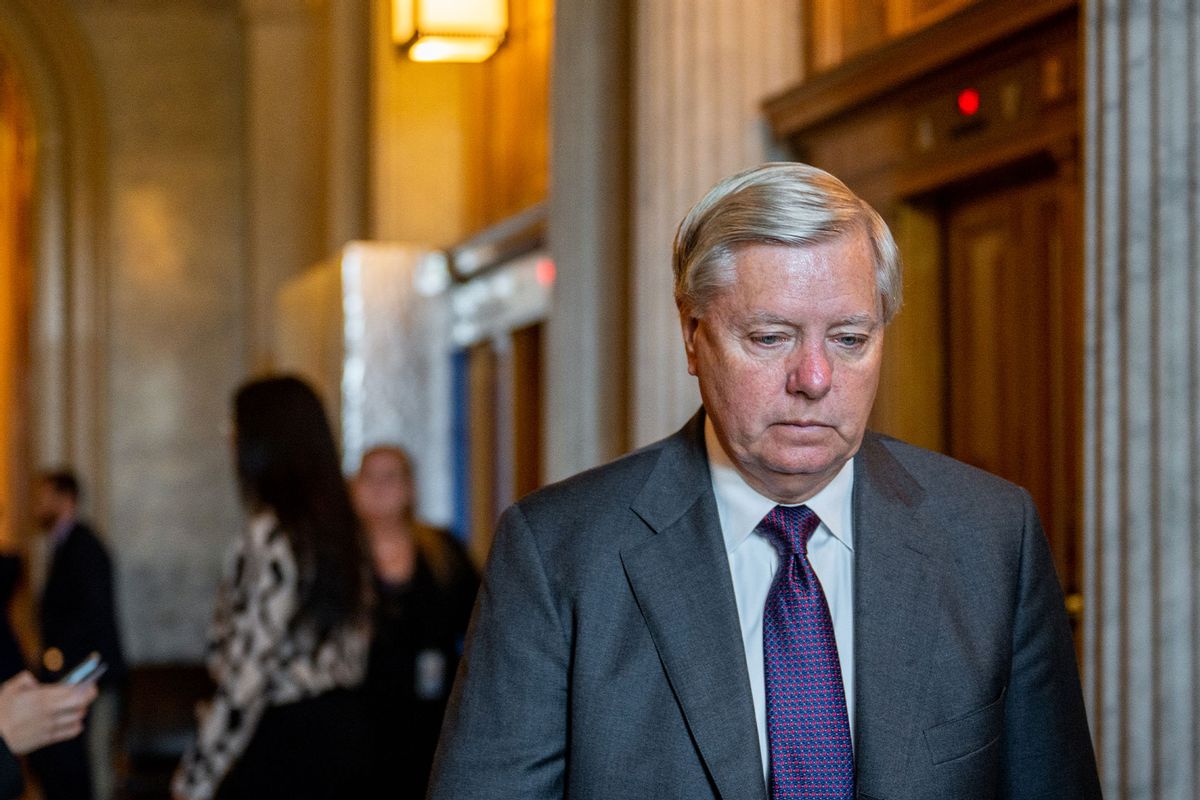 At least two legal experts this week blasted Sen. Lindsey Graham, R-S.C., for attempting to bat away a subpoena to participate in the probe into his call with Georgia Secretary of State Brad Raffensperger after Donald Trump's loss in the 2020 election.

On Wednesday, Graham officially vowed to fight a grand jury subpoena seeking more information about Trump's effort to overturn the election. The subpoena specifically mentioned at least two calls from Graham to Raffensperger in November 2020, during which the GOP senator asked the Republican state official about Georgia's ballot-counting procedures and expressed an interest in exploring "the possibility of a more favorable outcome" for Trump.

Immediately after Graham indicated that he would fight the subpoena, numerous pundits cast doubt over Graham's self-professed innocence.

On Thursday, Glenn Kirschner, a former federal prosecutor, said that the Republican lawmaker was "desperate" to avoid testifying under oath, in part because he might incriminate himself.

"Why is Lindsey Graham so desperate not to be placed under oath by a Georgia state grand jury and have to testify about all that? Well, looks like we have to go back to the Fifth Amendment privilege against self-incrimination," Kirschner said.

"Because it sure looks like [...] Lindsay went down to Georgia, he was looking for some votes to steal," Kirschner added. "He was in a bind because Trump was way behind and he was willing to make a deal."

Neal Katyal, the acting solicitor general under President Obama, accused Graham of talking "out of both sides of his mouth."

"He says this is all politics. Well, if it is all politics and you know so much about the situation, Senator Graham, and you're so confident there's nothing of substance, then I'm sure you're eager to go and testify before the grand jury and comply with the subpoena, but of course he's not," Katyal said during a Wednesday segment on MSNBC.

"He wants to try to block the subpoena," Katyal added. "He's claiming it's some sort of separation of powers problem, which I guess is convincing if Lindsey Graham is trying to prove he has no business being on the Senate Judiciary Committee."

Graham's legal team, for their part, has called the inquiry a "fishing expedition."

"Should it stand, the subpoena issued today would erode the constitutional balance of power and the ability of a Member of Congress to do their job," his attorneys said.

Atlanta-area District Attorney Fanny Willis, who is heading the probe, has said that if Graham does not comply with her subpoena, she will seek a court order to compel his appearance for testimony.