The man was apprehended steps from Union Station, a few blocks north of the Capitol 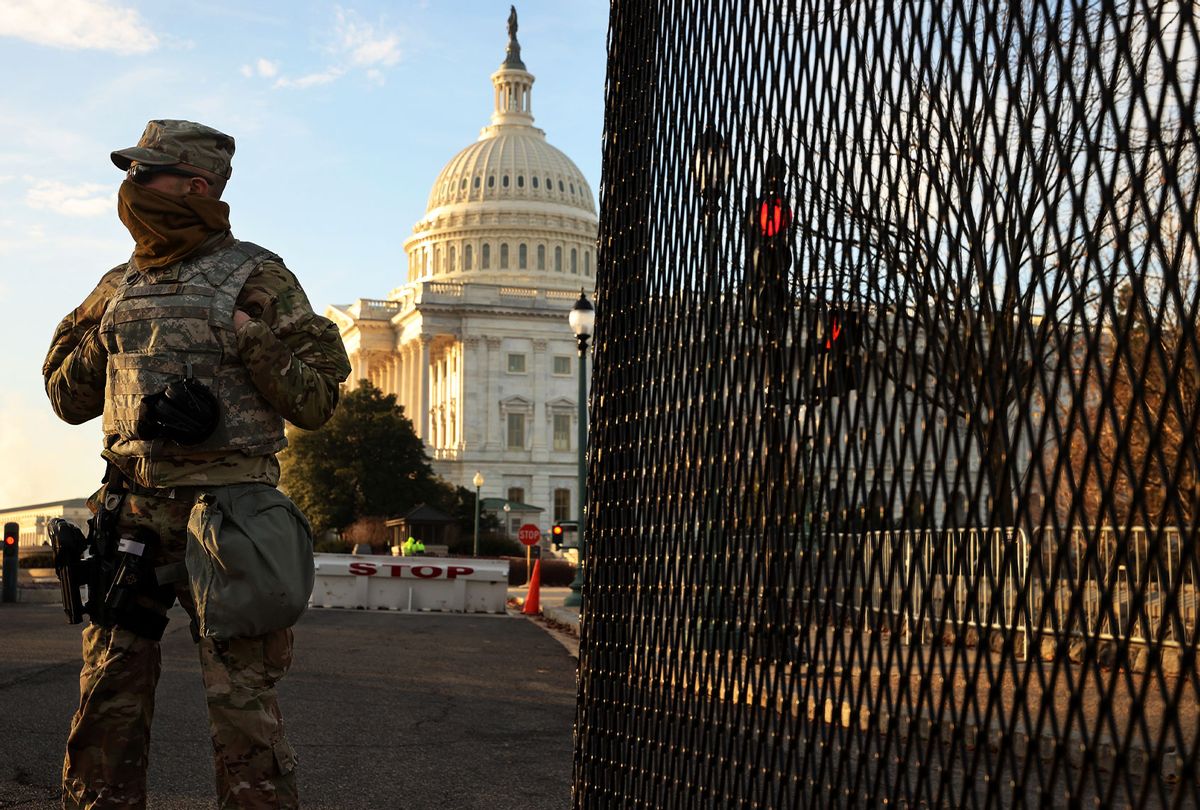 A member of the New York National Guard stands at a gate outside the U.S. Capitol in Washington, DC. (Chip Somodevilla/Getty Images)
--

U.S. Capitol Police (USCP) have arrested a man with Molotov cocktails, the department announced on Wednesday.

The location is just west of Union Station and only a few blocks north of the Capitol.

"There is no indication this was related to the Capitol, Members of Congress, or any protests," USCP said.

The block includes the headquarters for US Citizenship and Immigration Services (USCIS) and the National Guard Memorial Museum.