The Jan. 6 committee will finally interview Pat Cipollone, the former White House counsel who has avoided the probe 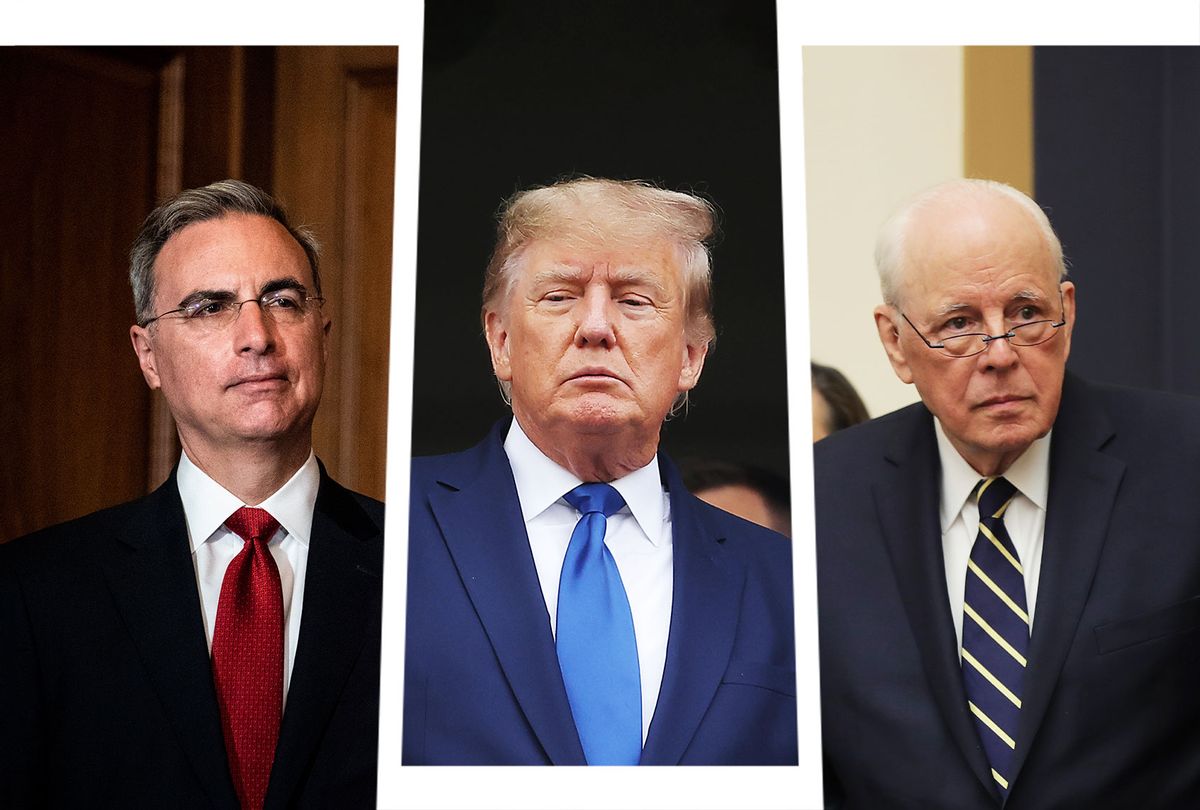 In the last 50 years, the United States has had two demonstrably corrupt presidents who egregiously abused their power, Richard Nixon and Donald Trump. The two are not similar in personality — Trump is an ignorant, gregarious, entertainer while Nixon was a smart, reclusive loner — but their characters are remarkably the same. As the January 6th investigation continues to unfold, exactly 48 years after the Watergate hearings riveted the nation, it's more obvious than ever that our system of government is terribly vulnerable to such men and their allies.

The public shouldn't have been so surprised by the Watergate revelations. Nixon's character had been exposed during his many years as an elected official, first as a vice president accused of running a slush fund — his flinty, paranoia never far from the surface as when he petulantly blamed the press for his electoral losses. They didn't call him "Tricky Dick" for nothing. Still, what came out over the course of many months of press exposés and investigations was a shock. The House Watergate Committee eventually voted for three articles of impeachment:

1) obstruction of justice in attempting to impede the investigation of the Watergate break-in, protect those responsible, and conceal the existence of other illegal activities;

2) abuse of power by using the office of the presidency on multiple occasions, dating back to the first year of his administration (1969), to unlawfully use federal agencies, such as the Internal Revenue Service and the Federal Bureau of Investigation, as well as establishing a covert White House special investigative unit, to violate the constitutional rights of citizens and interfere with lawful investigations;

3) contempt of Congress by refusing to comply with congressional subpoenas

There were two other articles proposed that did not get a majority vote: Nixon's tax fraud and the secret bombing of Cambodia.

The corrupt character of Trump and Nixon defines the entire Republican Party.

It's astonishing how many of these charges are similar to what we know Trump did throughout his one term — from enemies lists to foreign policy scandals. In fact, we just learned this week that "somehow" two of Trump's targets, former FBI Directors James Comey and Andrew McCabe, were audited by the IRS under very suspicious circumstances. And we all know about Trump and his tax issues, which make Nixon's look like child's play. Trump's blatant corruption while in office has no comparison in U.S. history.

The corrupt character of Trump and Nixon defines the entire Republican Party.

The main difference between the two presidents is that Trump committed his crimes in broad daylight in front of everyone while Nixon tried to cover them up. And while it's a dubious distinction, Nixon will at least not go down in history having attempted a coup and incited an insurrection.

Still, the parallels between the two sets of summer hearings are glaring even though they're presented very differently. In the past you had the committee members, some of whom were allies of the president, questioning the witnesses for days on end on camera. Of course in those days, committee hearings still adhered to some sense of decorum and didn't turn into circus sideshows the way they do now, so it was a more civilized event. Today, we have a multi-media presentation with a bipartisan panel questioning just a few of the witnesses in person. But in both cases, the committee investigators had interviewed them in advance and knew what they were going to say.

The big difference between the two sets of hearings, of course, is that Watergate was an impeachment inquiry and this is a fact-finding congressional investigation. Trump has the distinction of already having been impeached twice and was saved by his partisan supporters in the Senate in spite of ample evidence that he committed the impeachable acts he was accused of. The current investigation is focused on finding out the truth about the attempted coup and the insurrection on January 6th after which they will recommend reforms that might help prevent such a thing from happening again.

Today, the committee will be interviewing Pat Cipollone, the former White House counsel who was name-checked repeatedly by former chief of staff Mark Meadows' aide Cassidy Hutchinson in the last hearing. He had been "cooperating" before but had not testified under oath. He was finally subpoenaed and will do so in videotaped testimony that will no doubt be played in a future hearing. It's pretty clear that he will not follow in John Dean's, Nixon's White House Counsel's footsteps, and lay it all out without regard to that amorphous concept of executive privilege. Cipollone has been very reluctant. But it is possible that he still believes that it's wrong to lie under oath so one hopes that he will honestly answer questions that don't relate to policy, which is really the only area that executive privilege applies. Coups aren't covered. Neither are insurrections.

There are a couple of recent situations that point to the possibility of real cooperation. First, Cipollone's predecessor in the White House counsel's office, Don McGahn, refused to cooperate with the House Judiciary Committee for years in a protracted court battle. He and lawmakers finally reached an accommodation in 2021 and he testified a little over a year ago confirming what he told Robert Mueller about Trump's attempts to obstruct justice. His reputation among the Federalist Society in-crowd seems to have survived. Cipollone can also look to the testimony of former Attorney General William Barr, a close associate, fellow Catholic activist and nobody's idea of a Democratic tool. His testimony was damning. If Barr can do it, Cipollone can do it.

On the other hand, Cipollone is also Fox News personality Laura Ingraham's religious mentor, which gives you an idea of some of the other company he keeps.

Nixon was on the ropes in the summer of 1974 and it wasn't long before he ignominiously resigned from office. He was abandoned by his party which cut its losses and almost immediately turned to an up and coming superstar, also from California, Ronald Reagan. Today, the man on the hot seat is getting ready to announce his grand return from exile having created a cult of personality that sees him as their one true leader. He's been impeached twice and weathered more scandals than all previous presidents put together and, whether out of cowardice or opportunism, his party won't quit him. Trump is the front runner for the Republican presidential nomination in 2024.

So there will be no great moment of catharsis as a result of these hearings like there was back then. All we can do is bear witness and hope that somehow, whether it's some brave prosecutor or a wave of outraged voters, something finally forces this man out of the arena.