Johns are privy to important events. Only a few have truly made an impact in the lives of users or in world history 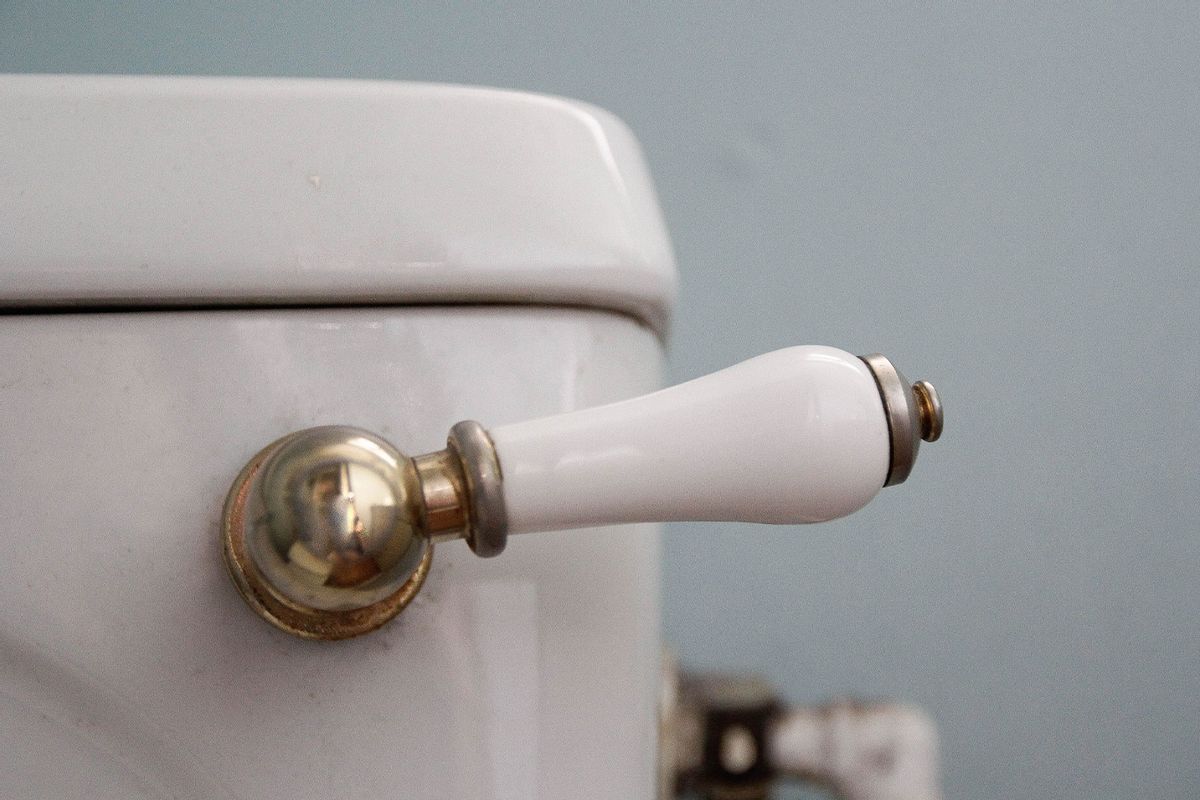 Civilizations have always sought to conduct themselves with dignity — hence the existence of fine apparel and salad forks. One major breakthrough in this realm was the toilet, which replaced such lesser solutions as chamber pots and garderobes to preserve one's modesty.

In a way, all toilets are historically important — but only a few have made an impact in the lives of users or in world history. Take a look at 11 thrones that fit the bill.

No, it was not Thomas Crapper who invented the flush toilet, though his name certainly permits a strong assumption. The honor of having conceived a system in which water carries away human waste goes to Sir John Harington, who in 1596 constructed such a device for his godmother, Queen Elizabeth I. As the story goes, the Queen visited Harington — who had been exiled from the family court due to his habit of telling risqué jokes — and noticed he had built himself a throne that consisted of a pan with a leather valve that would let water in. The Queen asked if he would do the same for her, and so one was installed in Richmond Palace. (Peasants continued to use the chamber pot, often emptied from windows to the streets below.)

But Crapper does hold some renown in the toilet world. He invented the "ballcock," which helps prevent toilets from overflowing; he also opened a toilet showroom in 1870. His championing of indoor toilets led to his brand becoming synonymous with what American GIs serving overseas in World War I dubbed "crappers," a term they imported when the war ended.

Modesty has always been an elusive goal when it comes to toilets. The French thought they had found a solution circa 1750, when they devised of an oversized wooden seat. Folded up, it looked like a book. Unfolded, it surrounded a chamber pot. The title on the "spine"? "Histoire des Pays Bas," or "History of the Netherlands." Like nether regions.

The notion of a pay toilet seems reasonable: Charge the public some small change when they need to relieve themselves. But California State Assemblywoman March Fong Eu considered it a none-too-subtle form of sexism. She argued that because men could urinate standing up, they could do it for free practically anywhere; women, meanwhile, had to have access to a stall, which Eu claimed was unfair. To reinforce her point, Eu took a sledgehammer and bludgeoned a porcelain toilet on the steps of the California State Capitol in 1969.

In 1974, then-California governor Ronald Reagan signed legislation banning pay toilets. Nationally, general public sentiment over being charged to perform a basic human need eventually led to a decline and then almost total collapse of the pay toilet industry. The PR stunt was so successful it helped launch Eu into the role of Secretary of State — the first woman to hold the role in California.

Astronauts have long struggled with the most practical way to evacuate in space, from using disposable bags to toilets that pulverized waste like the world's most disgusting blender. But in 2020, NASA debuted the first galactic toilet on the International Space Station (ISS) to accommodate all astronauts. Dubbed the Universal Waste Management System, the commode allows for urine and solid waste capture — previous models were more male-friendly. Put simply and discreetly, the fixture allows astronauts of any gender to urinate while sitting down.

Unfortunately, they still have to drink their own recycled and processed urine. Or, as NASA put it in a press release: "Today's coffee is tomorrow's coffee!"

In 1998, the remains of the Civil War ship U.S.S. Monitor were discovered, along with an intriguing feature: a flush toilet. Designed by Swedish inventor John Ericsson, the Monitor was an ironclad vessel, or one that had iron plating. It was deployed for the Union and featured a novel waste removal system that acted similarly to a torpedo tube. Once a sailor finished his business, the waste would be sealed under a valve while another one opened. Another action "flushed" the waste into the water. Considered to be the first toilet system to function under the water line, it wasn't without its problems: If the actions were performed improperly, a jet stream of seawater could propel users off the seat.

Those with an urge for both evacuation and art appreciation could visit the Guggenheim in 2016 and partake in artist Maurizio Cattelan's "America," a solid gold, functional toilet on exhibition that purportedly poked fun at the excesses of the art world. Fortunately, it was located in a museum rest room, so anyone looking to interact with it could do so privately.

8. The Toilets That Saved Lives

Rare is the plane crash that ends on a happy note, and rarer still is an aerial accident that's softened by portable toilets. But an exception occurred in 2009, when a Cessna 182 suffered engine failure shortly after taking off near Tacoma, Washington. Descending from a height of 150 feet, the pilot had the good fortune to crash into a line of portable toilet stalls in a storage yard. The toilets essentially cushioned the accident, and the pilot survived.

It was good to be King Henry VIII, who had his every whim tended to — and most of his movements, too. A luxury padded chair bedecked in pewter and sheepskin was located above his chamber pot and a "Groom of the Stool" relocated his evacuations. But the King's servants had lesser amenities. On his order, a giant toilet was constructed that functioned on two levels and could handle 28 users at a time. While it had a regal name — the Great House of Easement — it was no picnic: Those tasked with cleaning out the communal excreta bin sometimes saw waste piled over their heads.

10. The Toilet That Took Elvis

It might be pop culture's most famous toilet: On August 16, 1977, Elvis Presley was found by girlfriend Ginger Alden on the floor of his second-floor bathroom in Graceland after falling off the seat. Presley reportedly died due to a heart condition preceded by excessive prescription drug use. Visitors to Graceland, however, aren't able to peer at the toilet that hosted the King in his final movement: The bathroom and adjoining suite are off-limits.

Broadcast and community standards in the mid-20th century made it difficult for television to depict characters using the facilities. Famously, the brood in "The Brady Bunch" shared a bathroom that was missing a toilet.

In one 1957 episode of "Leave It to Beaver," the Beav keeps a pet alligator inside the tank, which was the only toilet component producers were allowed to show. Still, it constitutes at least the first partially seen toilet on television. A flushing toilet was heard but not seen in a 1971 episode of "All in the Family."