"Let him eat cake": AOC responds to Kavanaugh's run-in with protesters while dining out

AOC weighs in on Kavanaugh exiting a D.C. steakhouse through the back door due to protester ridicule 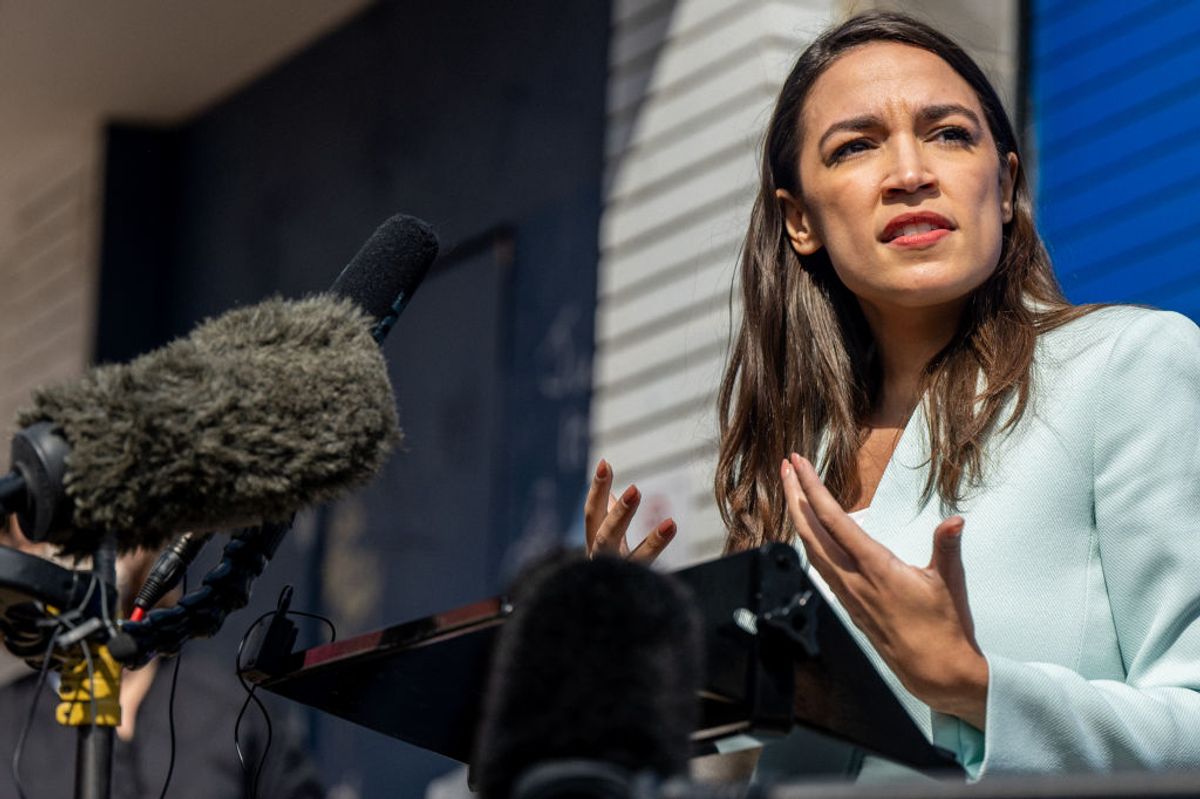 Democratic Rep. Alexandria Ocasio-Cortez of New York ridiculed Supreme Court Justice Brett Kavanaugh for fleeing a D.C. steakhouse through the back door due to protesters seething with contempt for his role in overturning women's constitutional right to abortion in America.

On Friday, Politico Playbook authors Ryan Lizza and Eugene Daniels reported, "'THE RIGHT … TO EAT DINNER'— On Wednesday night, D.C. protesters targeting the conservative Supreme Court justices who signed onto the Dobbs decision overturning the constitutional right to abortion got a tip that Justice BRETT KAVANAUGH was dining at Morton's downtown D.C. location. Protesters soon showed up out front, called the manager to tell him to kick Kavanaugh out and later tweeted that the justice was forced to exit through the rear of the restaurant. Daniel Lippman looked into the incident for us and confirmed that account."

HuffPost senior editor Andy Campbell mocked Politico for how they framed the story.

"Politico clutching pearls today after a handful of 'unruly' protesters 'targeted' Brett Kavanaugh by standing outside during his steak dinner," he wrote on Twitter.

"We have so vilified regular old protesters in this country that our institutions will bend over backward to defend fascist street gangs as protected demonstrators, but fill their diapers as soon as a crusty white politician feels uncomfortable (or in this case, his comms person?)," he added.

"Poor guy," she wrote. "He left before his soufflé because he decided half the country should risk death if they have an ectopic pregnancy within the wrong state lines. It's all very unfair to him."

"The least they could do is let him eat cake," she said, adding a cake emoji.

"I will never understand the pearl clutching over these protests. Republicans send people to protest me all the time, sometimes drunk and belligerent. Nobody cares about it unless it's a Republican in a restaurant. Can someone please explain the obsession because I don't get it," she said.