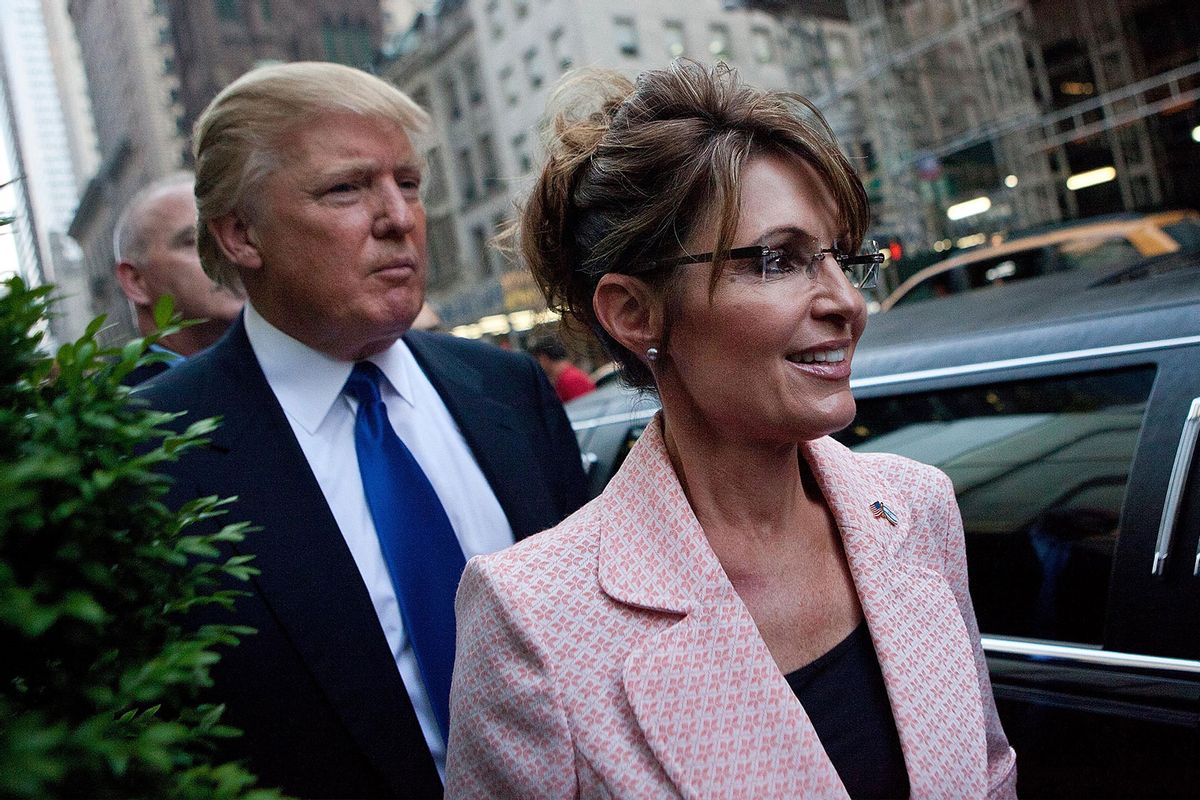 According to a report from the Guardian, Donald Trump is headed up to Alaska this weekend where he will headline a fundraiser for former half-term Gov. Sarah Palin (R) to boost her run for an open House seat.

As the Guardian's David Smith wrote, it is extraordinary that the former president is traveling such a long distance for a GOP nominee he has endorsed, but there are indications that each has a need for each other as they try and re-launch their politcial careers.

As the report notes, Trump needs a guaranteed win in the midterm elections -- which Palin could provide in conservative Alaska -- to bolster his credibility as a kingmaker, and the former Alaska governor is trying to raise her national profile once again after being shunted off into the political wilderness.

According to Brown University political scientist Wendy Schiller, a Palin win would thrust her into the spotlight to the detriment of other far-right lawmakers.

"She'll become literally the queen bee of the radical-right women in the party and she'll get all the media attention. That's not going to sit very well with people like [extremist congresswoman] Lauren Boebert," Schiller explained.

According to the report, "Trump will also use the Alaska rally to throw his weight behind Kelly Tshibaka, a Republican challenger to the incumbent senator Lisa Murkowski, who voted to convict the former president at his second impeachment trial following the January 6 insurrection. But there is little doubt that Palin will grab the headlines," before adding the former GOP campaign consultant Steve Schmidt -- who plucked Palin from out of obscurity to be the late Sen. John McCains running mate in his presidential bid -- is less than impressed with the partnership between the two headline-hogging former office holders.

Telling Smith, "It's a rather tedious affair at this point," he added, "The fulminations of two deranged people are newsworthy only in the sense that there's an open question around whether citizens of a democratic republic are potentially apathetic enough to allow such people a return to political power when their previous associations with it ended in such profound disgrace."